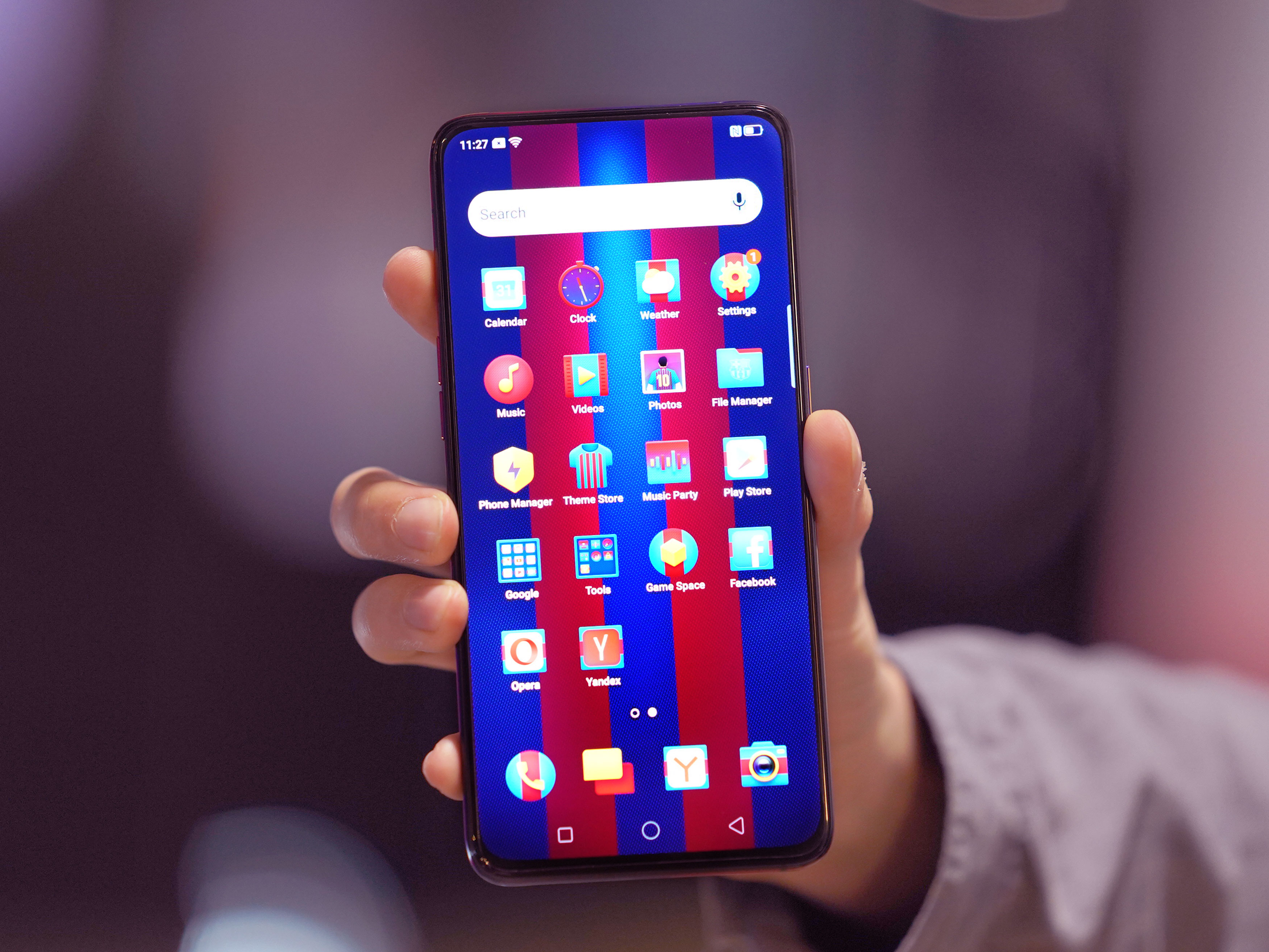 This furthers an already successful four-year alliance with the world-famous team, which is now the longest running partnership between a Chinese brand and a European football club. 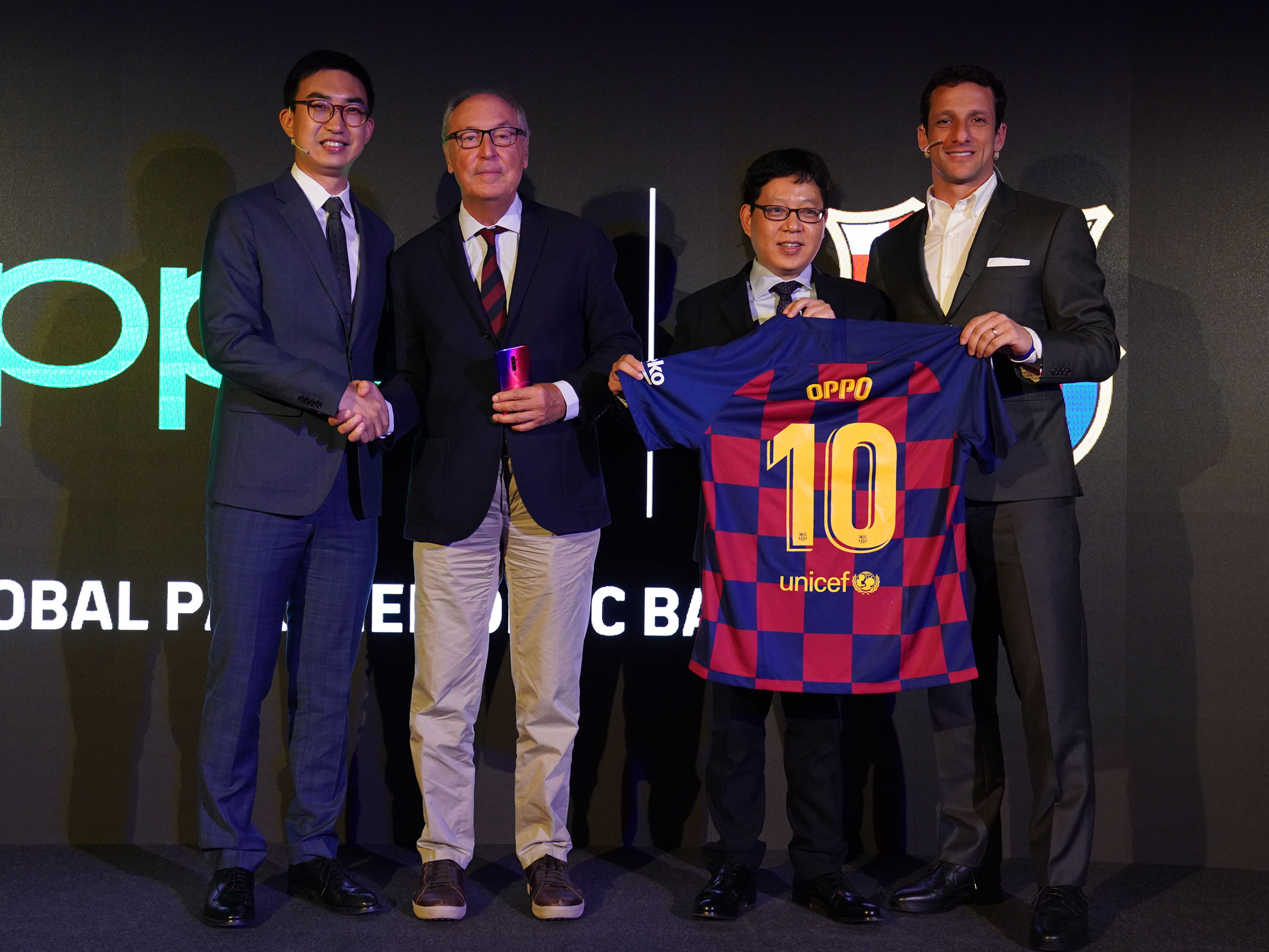 “We are proud to expand our work with FC Barcelona. It’s a partnership like the one we have that demonstrates why Barca is More than a Club and OPPO is more than a smartphone company,” said Alen Wu, Global Vice President, President of Overseas Business at OPPO. “Spain and the European market overall is an integral region for OPPO as we grow our presence there - and we know that in order to grow we must connect with our customers. And today, that’s by waving the garnet and blue, the Colors of Miracles” said Wu.

Kicking off an exciting new chapter

The renewed partnership will include in-stadium signage, training camps, workshops for fans, creative online and offline fans engagement activities, kicking off an exciting new chapter in the OPPO-FC Barcelona story.

“These elements aim to inspire Barca fans, strengthen the community by bringing them closer to the club and OPPO products, and drive our two sides’ shared values of passion, creativity, innovation and perfection,” explained Derek Sun, OPPO Global Marketing Director.

Both organizations’ mutual philosophies have become even more apparent with this re-upped partnership. Just as Barcelona’s world-renowned passion for the “beautiful game” has effectively transformed football into an art; likewise, OPPO aims to create beauty in people’s lives, through cutting-edge devices that unleash users’ creativity. Both partners’ shared values extend to innovation and perfection, with OPPO setting up institutes across the world to advance the company’s tech innovation and research capabilities in 5G and AI, as well as the Barca Innovation Hub that is exploring the use of new technologies on the football field.  Camp Nou is also set to become the first stadium in Europe with dedicated 5G coverage, giving this iconic stadium an even more immersive experience for fans.

Josep Pont, member of the FC Barcelona board and head of the Commercial Area, said: “The agreement between FC Barcelona and OPPO began four years ago, based on shared values, goals, and philosophies. That is why I am so proud today to announce the renewal of our partnership agreement and to start a new era together, in which we shall continue to work on new projects to generate unique and innovative experiences that will bring us even closer to our fans around the world.”

As the world’s fifth-largest smartphone brand, OPPO operates in more than 40 markets globally, and aims to become the favorite smartphone brand in Europe. OPPO has been able to reach out to Barca’s more than 200 million fans across the world, making this a critical element of the company’s overseas branding strategy. 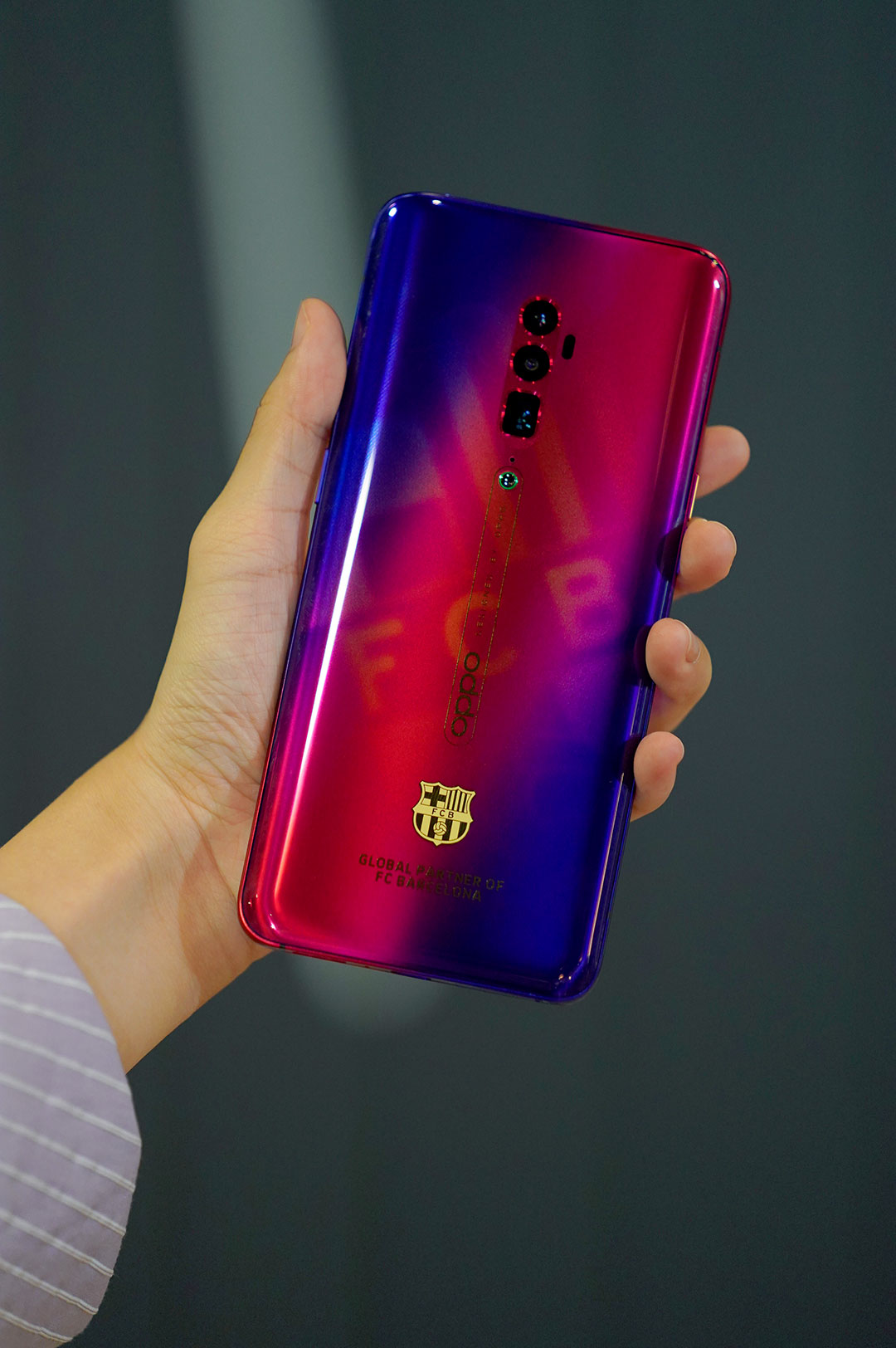 The stunning new Limited Edition FCB handset from OPPO celebrates the three-year partnership, highlighting to fans the fruitful relationship between the two, especially the mutual pursuit of perfection and innovation through artistry and technology. Under the mantra of "Combining technology with art", this commemorative edition of OPPO’s Reno 10x Zoom phone blends the team’s famous garnet and blue colors with hardware and software, fusing elements from the club’s past, present and future. OPPO has created a genuine work of art that is sure to resonate with Barca supporters globally.

Inspired by the club flags waving in Camp Nou, the phone’s exterior sports the club’s famous garnet and blue coloration, which forges closer ties between the club, the fans and the brand. This used an innovative, industry-first heat-press technique to create its unique gradient effect, giving fans a fresh visual package that embodies FC Barcelona’s deep passion for football.  Overlaying this are two Barca logos: a larger blurred logo, paying homage to the club’s glorious history, as well as a smaller gold team logo at the bottom, which represents the club’s present, as well as its bright future.  It also comes equipped with custom software, including exclusive wallpapers and icons such as footballs, garnet and blue kits, and more. Fans can also feel like Barca is with them wherever they go, thanks to its custom ringtones that sample the FC Barcelona anthem and stadium sounds.

This special edition handset boasts excellent photographic capabilities, solving the pain points of football fans. Its 10X zoom and action shot capabilities allows fans to enjoy the game from the perspective of a VIP ticket with an ordinary ticket, and shot stabilization software means that shots will still come out clearly even when enlarged, enabling fans to enhance their Barca experience to the max. Ultra Night Mode 2.0 allows fans to film all the action throughout the night at Camp Nou, and a panoramic screen creates a more comfortable viewing experience. They also need not worry about low battery come extra time, as the innovative VOOC 3.0 technology can swiftly charge the handset free of interruptions. In addition, being able to support dual SIM cards, this is the perfect device for Barca fans, as they follow their club across borders. It allows them to seamlessly maintain connectivity with family and friends, no matter where they are in the world.

When OPPO and FC Barcelona kickstarted their partnership in 2015, it marked the very first in-depth cooperation between a Chinese brand and a European football club. Under the slogan “The Smartphone of Champions”, OPPO released the FC Barcelona Edition of the R7 Plus that same year. Following this initial success came a series of well-received limited edition handsets including the R7 Plus (2015), R9 (2016), F3 (2017) and R11 Plus (2017), along with TV commercials, stadium LED signs, and fan meet-and-greets.

Staying true to its goal of creating miraculous moments online and offline, OPPO’s “Pass it on” campaign in 2016 channeled FC Barcelona’s world-famous style and flair, challenging football fans to film their most creative ball skills and tricks, for the chance to win the ultimate fan experience of meeting their football heroes. The campaign received remarkable feedback from fans, with several thousand submissions showcasing the next generation of football talent, which resulted in four lucky winners meeting the players at Camp Nou.

OPPO places tremendous value in sports globally, becoming the first Asian sponsor of the Wimbledon Tennis Championships in the UK, the first Chinese sponsor of the French Tennis Open, Roland-Garros, while also backing the Indian national Cricket Team. These events serve as a communication bridge for OPPO, effectively bringing its young and innovative technology to sports fans worldwide.

OPPO is a leading global smart device brand. Since launching its first smartphone - “Smiley Face” - in 2008, OPPO has been in relentless pursuit of the synergy of aesthetic satisfaction and innovative technology, Today, OPPO provides customers with a wide range of smart devices spearheaded by the Find and R series, ColorOS operating system, as well as internet services such as OPPO Cloud and OPPO+. OPPO operates in more than 40 countries and regions, with 6 research institutes and 4 R&D centers worldwide and an international design center in London, OPPO’s more than 40,000 employees are dedicated to creating a better life for customers around the world.

FC Barcelona was founded nearly 120 years ago in 1899, and is unique in many ways. The club is owned by its more than 145,000 members and can boast of being the most successful club in Europe over the last years. Since season 2004/05 they have won four of the Club’s five Champions League titles and nine of their 26 domestic league titles. Due to its very special personality, ‘Barça’ is recognized as being ‘more than a club’. The team’s distinctive style of play is projected around the world by the best players and coaches of their time in combination with club’s famous reliance on homegrown talent.

All of this goes hand in hand with its ongoing ambition to become the most admired, beloved and global sports institution on the planet. This mission is supported by such core principles as humility, effort, ambition, respect and team-work, while the club is also famed for its commitment to society, which is channeled through the FC Barcelona Foundation and its work to educate children through the positive values of sport. Such unstoppable growth in recent years has led to a global reach of more than 315 million fans and made FC Barcelona a world leader on social media.