Eliminating Low-Battery Anxiety, We Are on the Way

What is that one habit you held on to for the longest time in your life? Some might humorously answer, "the obsession of keeping my smartphone charged up every day." Charging has undeniably become a part of our lives, and the phenomenon of “low-battery anxiety” may be more common than you think. Researchers found that 9 out of 10 people feel panicked when the red battery icon pops up on their display, with 32% of them leaving everything behind and heading home right away just to charge up their phones. 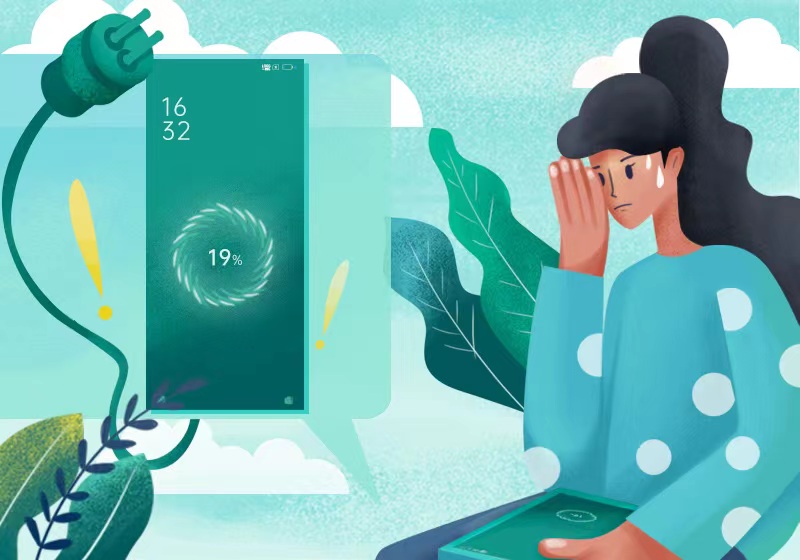 We at OPPO want to reinvent the charging experience so that your lives will never be interrupted or devasted by charging fails again.

‘Charge as You Go’ With Magnetic Wireless Charging
Instead of becoming the bottleneck, charging technology has evolved to keep up with the progressively fast pace of modern life and adapted to our increasingly fragmented schedules. Back in 2019, OPPO upgraded the SUPERVOOC flash charge technology, shortening the charging time of a 4000mAh battery to 30 minutes. In other words, you can watch a show on an OPPO smartphone for 2 hours with only 5 minutes of charging.

In addition to making wired charging even faster, what else can make charging easier? OPPO’s R&D staff embarked on a journey to explore more possibilities for magnetic wireless charging in 2020. According to OPPO’s research, on average, each user possesses five electronic devices and charges their phone at least twice a day. Notably, more than 22% of wireless charging users charge their devices over 5 times a day, and nearly 50% of wireless charging users only charge their devices for about 10 minutes at a time. Nowadays, users' charging behavior is becoming more fragmented and requires a seamless transition between different scenarios.

Based on the findings, OPPO’s R&D staff offers an all-around wireless charging solution, relieving your low-battery anxiety by bringing three MAGVOOC products, which enhances the charging experience in terms of convenience, portability, and speed. The MAGVOOC wireless flash charging stand allows you to easily place your smartphone onto the charging dock without having to plug a cable into your phone or the power outlet. OPPO's researchers have conducted tests where it took about 1.5 seconds to place a phone onto a wireless charging stand, shaving off up to 60% of time spent on preparations compared to wired charging.

Wireless charging meets the demand for instant charging. However, sometimes it is not very convenient when it comes to charging and using the smartphone simultaneously. This pain point is made even more obvious when users attempt to use applications that require them to hold the phone in their hands.

The magnetic wireless power bank is a solution to this problem. Given its ultra-thin and zero physical button design, the power bank can intelligently detect the phone’s position, “stick” on to your phone and start charging. Thus, you can make calls or play games while charging freely. 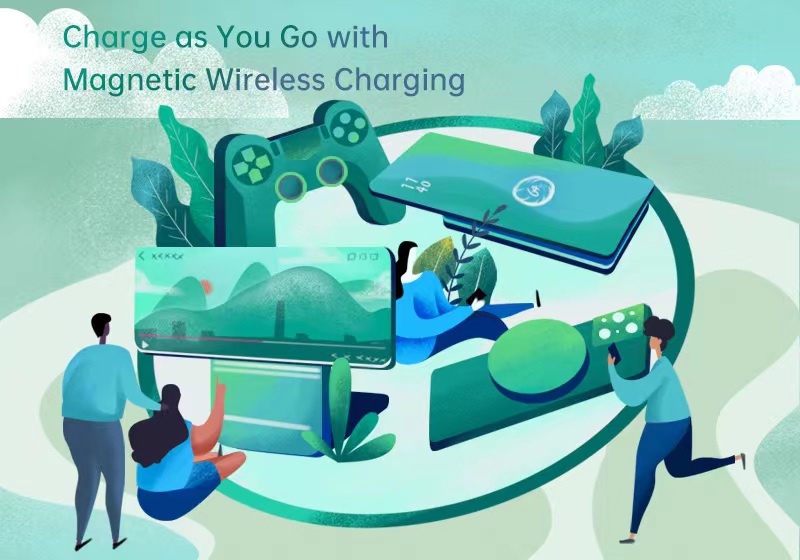 Innovation Means Solving Problems, Every Day
Heat generation is another pain point for magnetic wireless charging. To realize the magnetic suction feature, hard magnets were added to the charging product, which led to increased heat generation and low efficiency. Hence, OPPO's R&D staff leveraged a magnetic simulation software to adjust the coupling parameters between the wireless charging coils through modeling simulation to tackle this problem. After innumerable trials and errors, they selected the optimal solution among countless magnet models. One that effectively controls the eddy current loss, ensures the user's magnetic suction alignment experience and minimizes the magnet’s impact on wireless charging.

Technology has changed our way of thinking and behavior. Now that thin and light smartphones with built-in batteries have become mainstream, we can hardly remember the old days when we had to pop open the back cover to access the removable phone battery. Today, we don't even need cables to charge our smartphones. In the future, we might not even have to think about charging our devices anymore as it could be more intuitive, adapting to our habits and daily lives.

Although these innovations are still in the early stages of development, the future is highly anticipated, as OPPO has already licensed some of its VOOC flash charging patents to over 40 leading companies, plus more partners to come soon. One day, charging will be possible anytime and anywhere, including gyms, pubs, shopping malls, trains, and other scenarios you never thought of. Thus, allowing us to truly have the freedom of charging.