How to Film with Werner Herzog & OPPO Find X2 Series

Introducing Werner Herzog
He is the man who hypnotizes chickens, who ate his own shoe, and who stole a camera from a film school to shoot his first movie. Werner Herzog is an eccentric character who has led an amazing life which has involved writing, directing, and acting in numerous films. He is notably the only feature film director to have made a film on every continent. Among Herzog’s most famous works are “Cave of Forgotten Dreams,” “Nosferatu: Phantom Der Nacht,” “Encounters at the End of the World,” and he recently made an appearance as “The Client” in The Mandalorian. 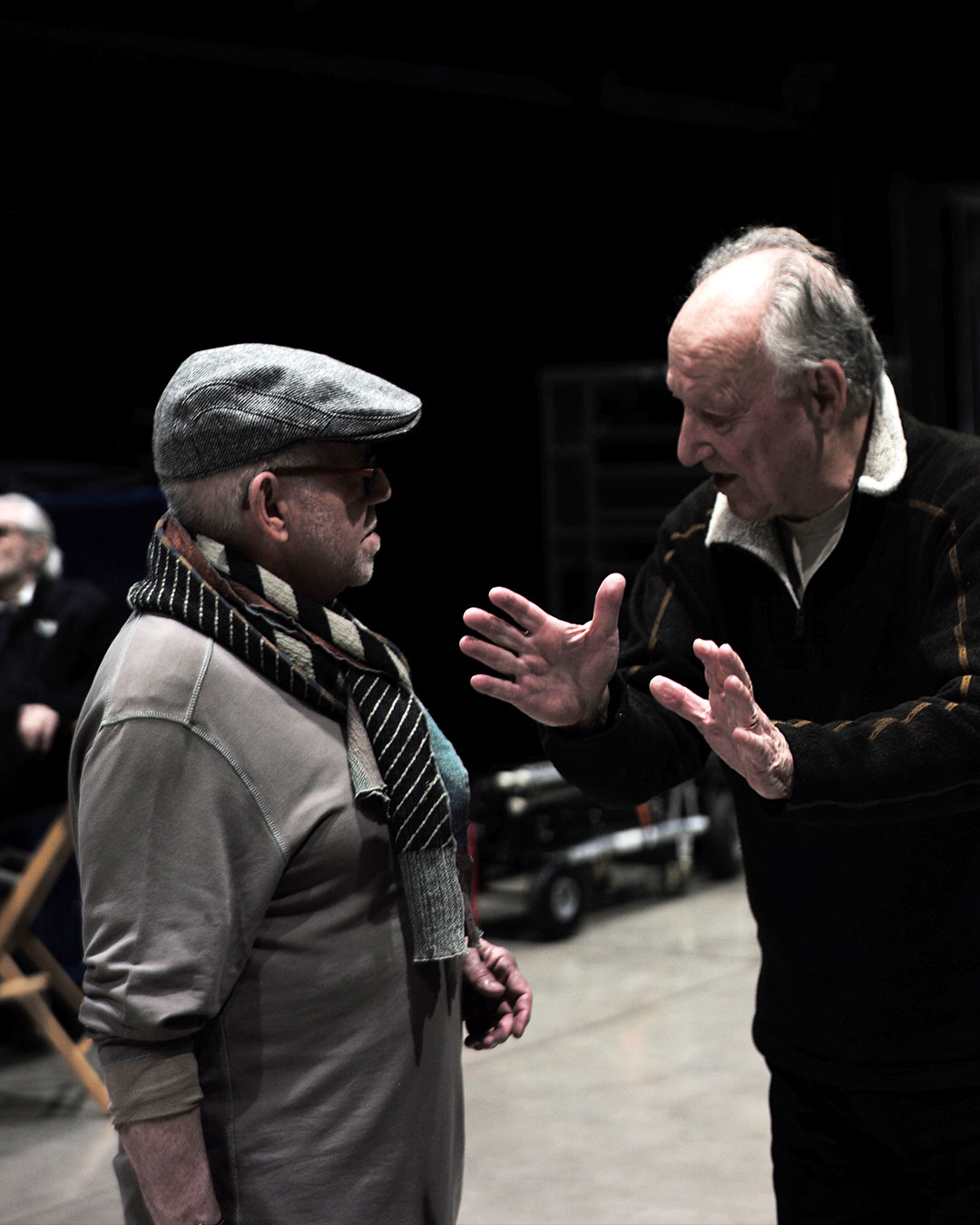 Werner’s backstory
Werner was born on September 5th of 1942 in Munich, Germany. He grew up in the remote Bavarian mountain village of Sachrang after the house next to his family’s was destroyed during an Allied bombing raid in World War II. Throughout his childhood and teen years, Herzog had little access to technology and did not know of the existence of cinema until a traveling projectionist came by the one-room schoolhouse in Sachrang.¹

After being exposed to cinema and music, Herzog took a great interest in studying history, literature, theatre, and music. He started to embark on long journeys, often on foot, through Mexico, Great Britain, Greece, and Sudan. His calling led him to produce films through any means he could find – he made his first film at age 19 in 1961 and started his own film production company in 1963.

His very first film was made possible by using a simple 35mm camera from the Munich Institute for Film Research. Herzog says it was necessary and that he was completely justified in taking it.

"I don't consider it theft. For me, it was truly a necessity. I wanted to make films and needed a camera. I had some sort of natural right to this tool. If you need air to breathe, and you are locked in a room, you have to take a chisel and hammer and break down a wall. It is your absolute right."
-Werner Herzog

Herzog became known for working with small budgets and for writing and producing his own motion pictures. He specializes in creating films “set in distinct and unfamiliar landscapes, (and) imbued with mysticism.”² Werner is known for his unconventional style, often using footage of locals to benefit what he calls “ecstatic truth,” featuring non-actors both playing roles and being themselves. He believes in living life in its most elementary forms and drawing upon raw, stark-naked quality of life experiences for inspiration.

Werner’s Filmmaking Tips
Naturally, we had to equip legendary film director Werner Herzog with an OPPO Find X2 series phone – here are a few of his key takeaways.

Werner reports unstable shots as a common issue, but this can be alleviated through the use of proper cinematographic techniques and stabilization equipment. He recommends tucking in the arms against the body and physically moving your entire body, rather than just moving your hands. This ensures that the camera stays steadily in place, with the only remaining obstacle being the movement of your footsteps. 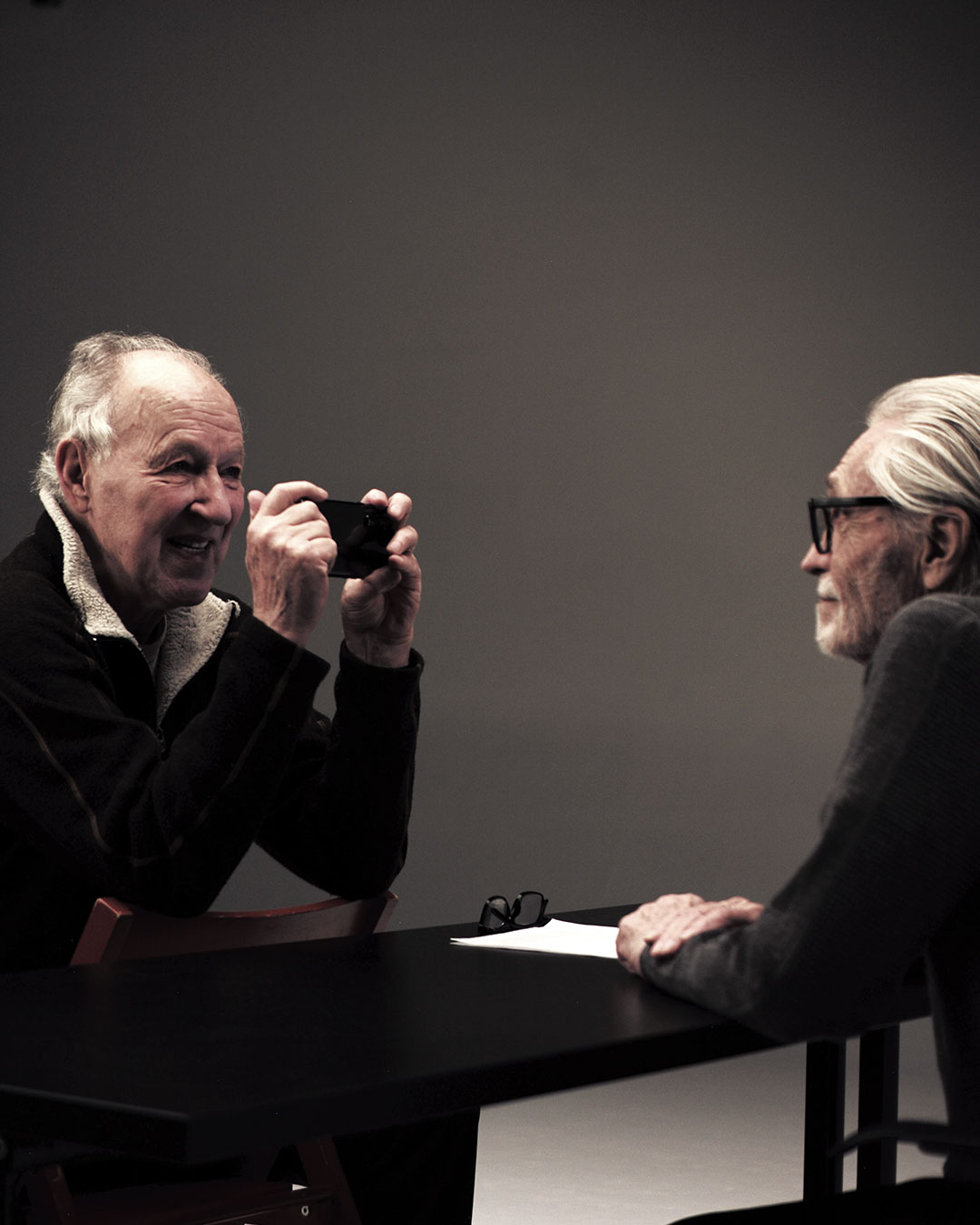 Experimenting with Time-lapse and Slow Motion
These often-under-utilized cinematographic tools are capable of capturing beautifully expressive moments. Werner Herzog gives the example of a shot in which he filmed “roughneck oil workers, (who) in slow motion become very sweet wonderful people.” Experimenting with the form of film and how it reflects on a character’s emotions can be especially captivating. 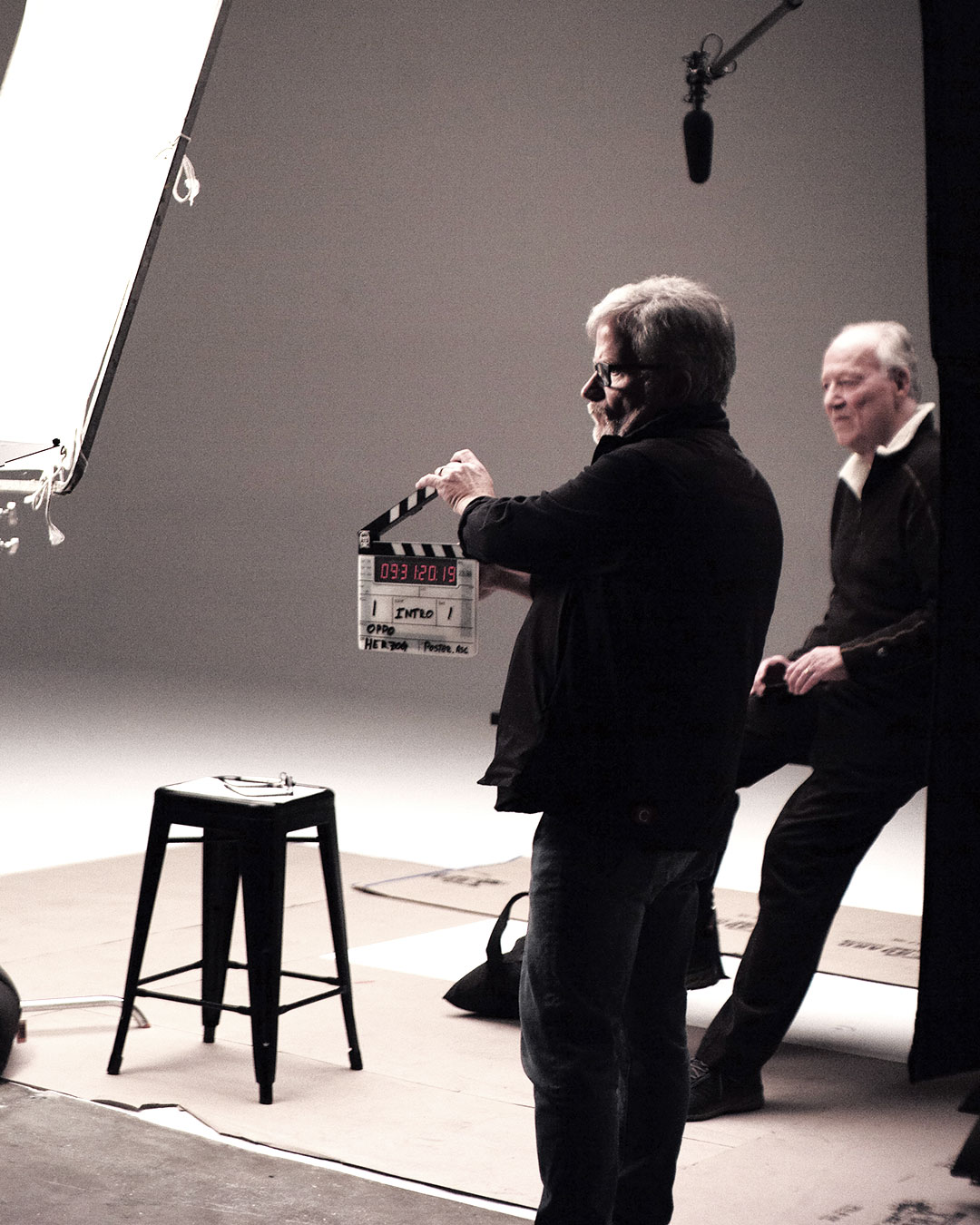 Inventive Camera Positioning
In addition to the form of the film, it is important to also experiment with the camera’s positioning and the various ways in which your subjects can enter the frame. Herzog clearly believes that artistic inspiration comes from persistently testing new angles and ideas, describing it as “the spirit of finding.” He gives the example of positioning the camera way down on the ground and filming the shot in ultra-wide mode.

OPPO Find X2 series has Omni-directional auto-focus, which means that the subject can enter the frame from any direction and immediately snap into focus.

A Shot in the Dark
Lighting is yet another factor in your cinematographic toolkit which can be changed to create various effects. Werner recommends exploring all the possibilities of different lighting settings and environments.

“It’s astonishing how beautiful the shot can be just with a single candle. Very beautiful what it does to us.”
-Werner Herzog

“You have the possibility of using a 120Hz screen, giving your shot an enormous smoothness, precision, almost ultra-realism.”
-Werner Herzog

Most importantly, Herzog emphasizes that filmmakers should strive to always follow their “spirit of finding,” and continually develop their unique style through experimentation.