A Race Against Time Amid Pandemic – OPPO’s 5G Speed 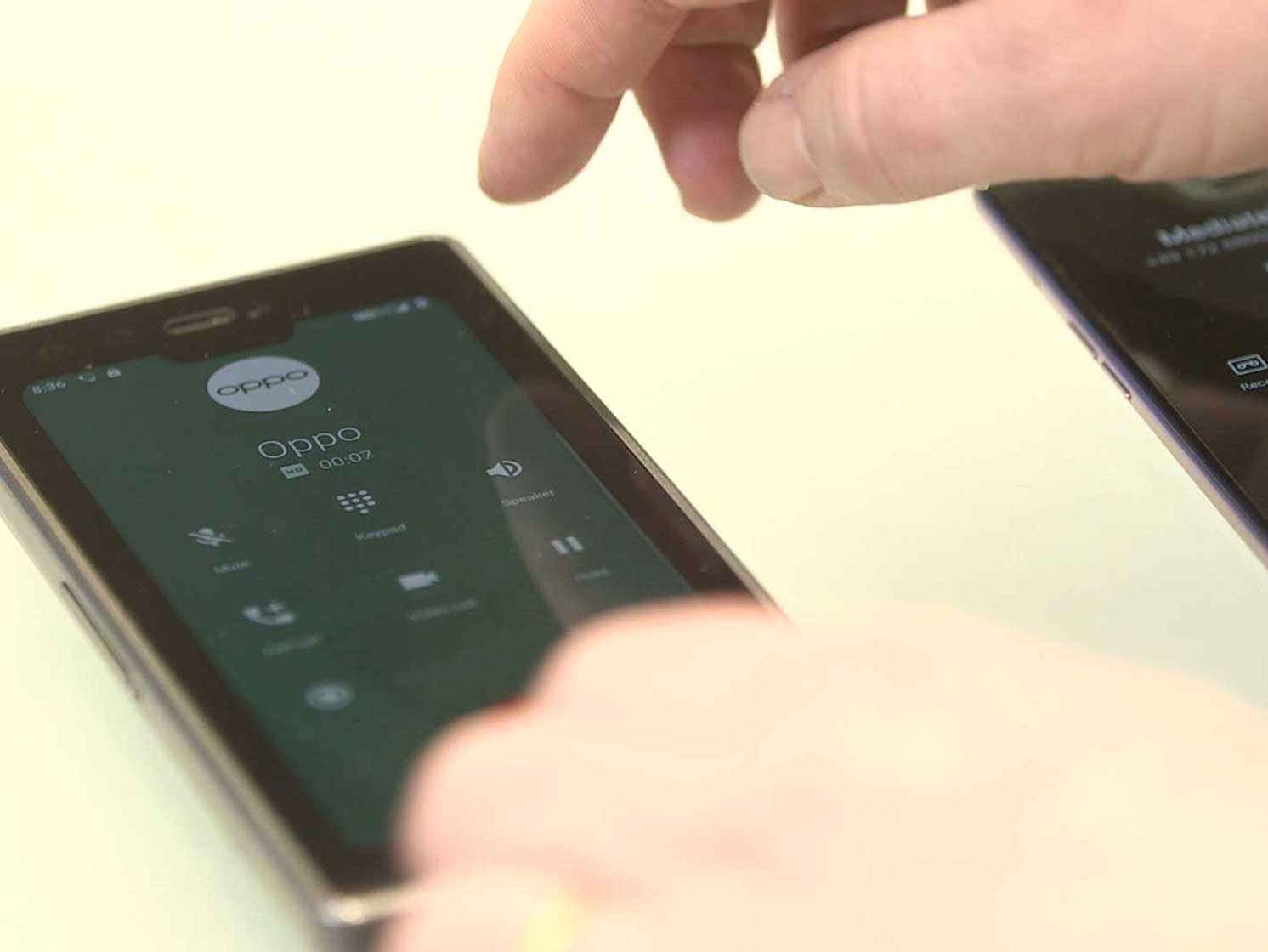 Last month, OPPO, together with Ericsson, the world's leading telecom equipment provider, and MediaTek, a chip developer, jointly achieved a major technological breakthrough —VoNR video and voice calling under 5G SA architecture. OPPO is currently one of the few mobile terminal manufacturers with this technology.

VoNR is a basic call service that fully utilizes the SA architecture of 5G network. Compared to the call service under the previous generation network, video and voice calling through VoNR have a series of advantages including low latency, better sound and image quality.

This technological achievement has brought widespread attention to the industry. How did OPPO successfully achieve this despite all the challenges amid the Covid-19 pandemic? We talked with the technical team in charge of VoNR testing project to get a glimpse of how they’ve managed to do that. 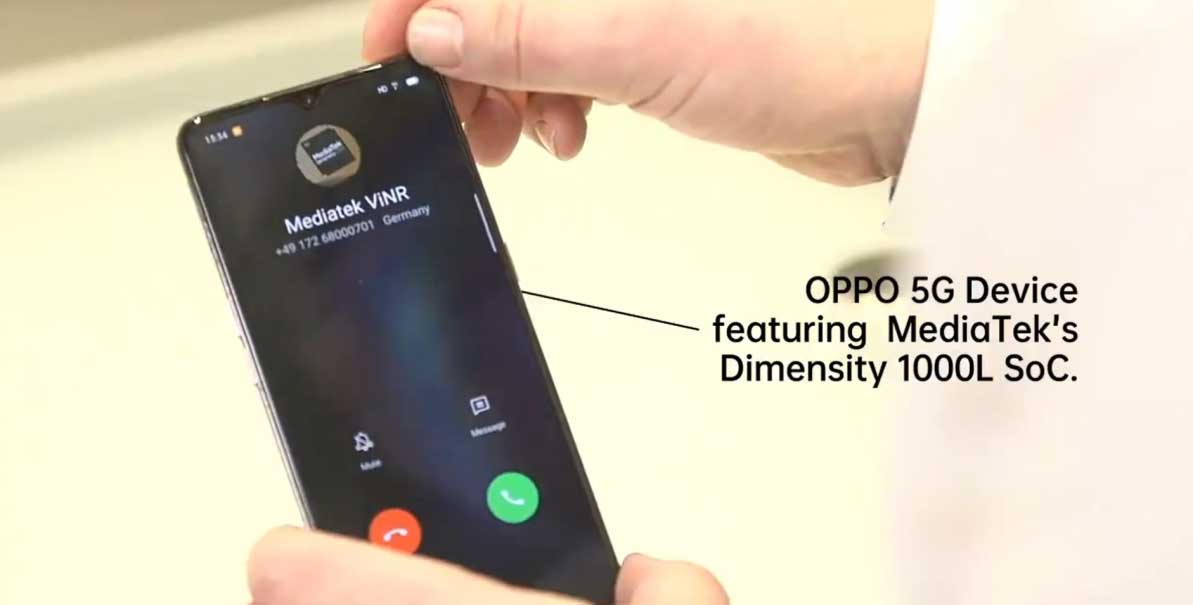 The VoNR voice and video call test was conducted earlier this year at the high of the Covid-19 pandemic in Stockholm, Sweden, where Ericsson's headquarters are based, using two phones – the MediaTek’s Breguet 1000 series terminal OPPO Reno3 and MediaTek’s prototype. 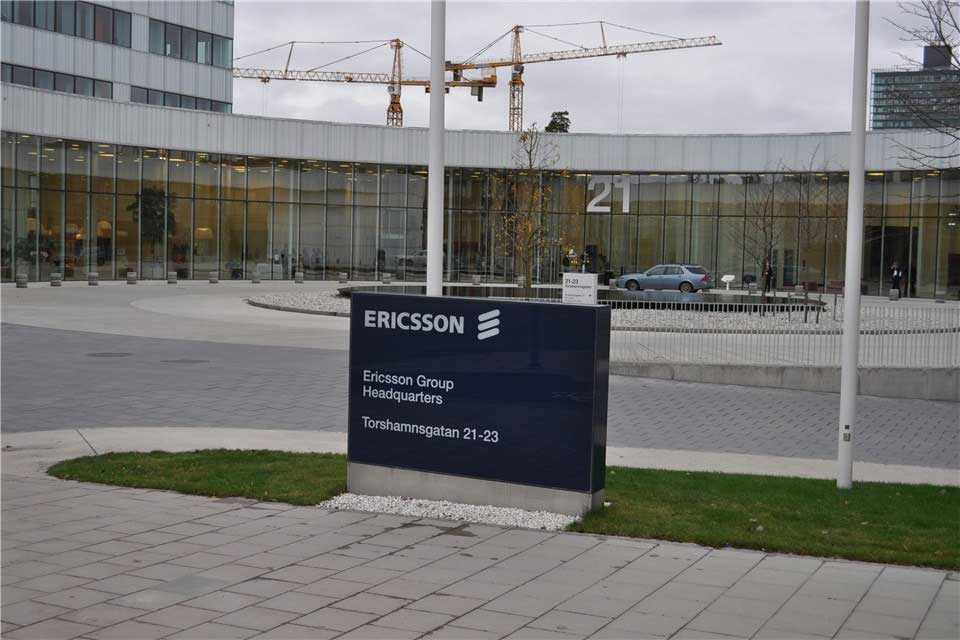 Zhang Haotian, the field engineer in charge of the VoNR test, was OPPO’s “seed” representative sent by OPPO in Stockholm to conduct the test. Right after arrival, Zhang devoted himself to the test without even giving himself time to get over the jet lag. There, he was supported remotely by many other colleagues from the communications and mobile software teams in China. 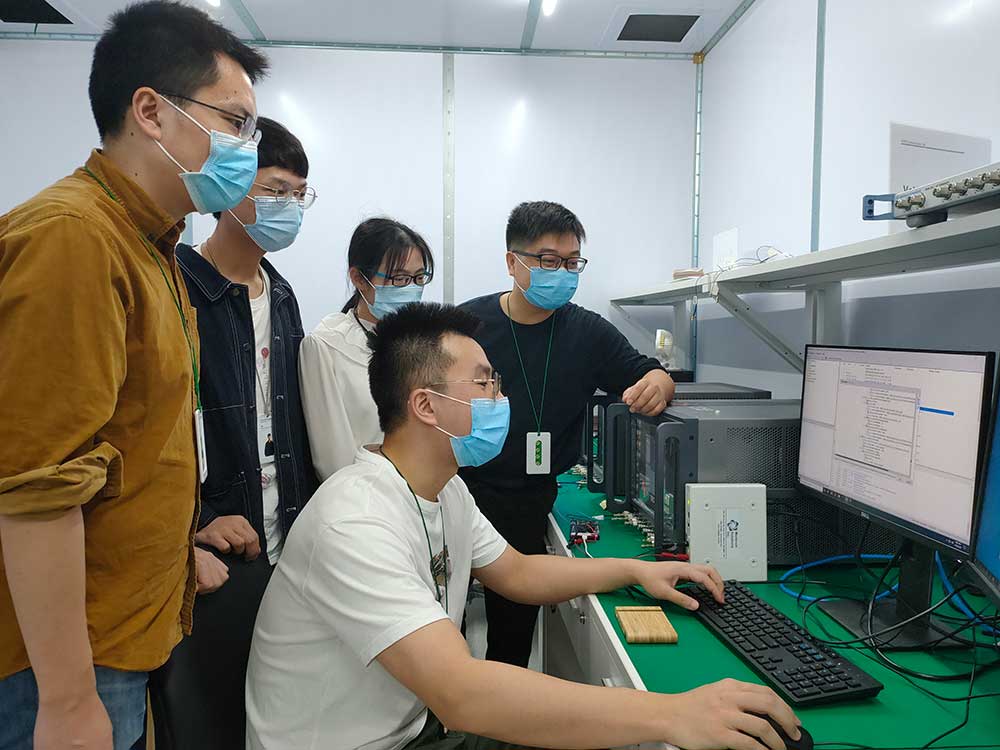 In the lab, sitting in the center is Zhang Haotian

They had to stand by almost around the clock, as 5G VoNR technology requires highly detailed and repeated debugging on mobile phones. Action items and plans were changing every day, they recalled. As it’s the real first time to officially test, it is like "everyone is feeling the stones to cross the river together," Zhang said.

The test requires a highly collaborative effort by three parties. Ericsson provides the communication network support of VoNR; MTK provided hardware, namely the semiconductor, while OPPO is responsible for adjusting the software parameters based on mutual support to make the audio and video quality better and ensure a best 5G communication experience. Due to the pandemic, engineers from OPPO and MediaTek were not allowed to enter the lab, instead, wait outside to do the adjustment. 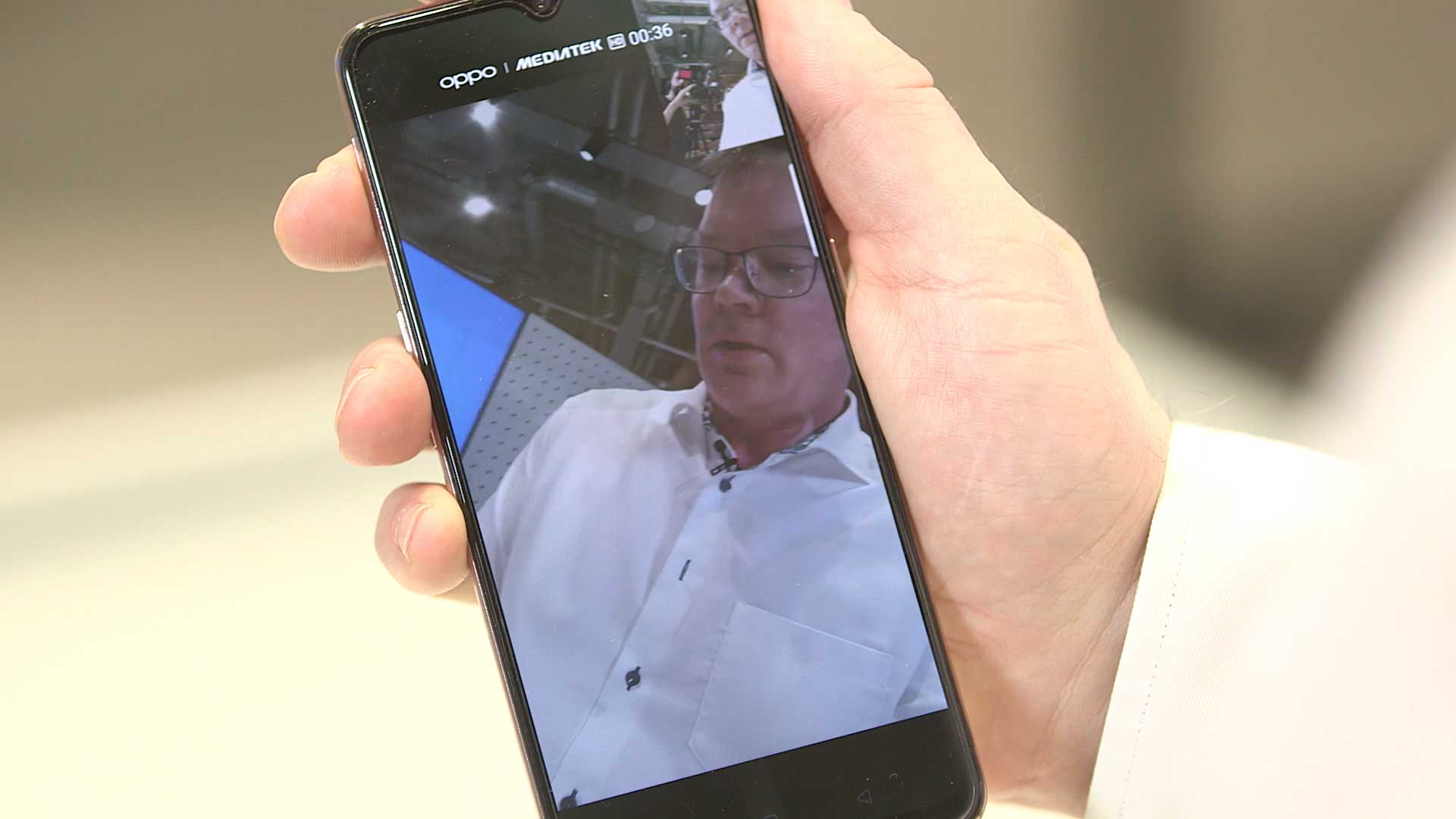 In the process of testing, the records of the phenomena and indicators of the phones would be reported to both the OPPO team and MediaTek team. The teams would have to make an instant analysis as soon as they received the phone log, finding the cause of the current phenomenon, and then adjust the parameters related to the problem and compile a new mobile phone software version. Finally, the software part of the device will have to be updated to make the parameters effective.

A repetition of the process was required before reaching the end goal.

As Ericsson guaranteed that the network well functioned, MTK and OPPO analyzed the status log of mobile phones, locate problems, and find solutions. Therefore, this is a highly collaborative process both internally and externally. However, since the social distancing measures imposed due to the pandemic, Zhang and staff from Ericsson and MediaTek have to communicate by email most of the time and hand over the device at the hotel reception. It was a bit like we were conducting some kind of “underground activities”, joked Zhang.

Zhang had to stay in the hotel. Normally, in the morning, he would wait for Ericsson staff to return feedback for the problem, got his phone at the hotel reception, and then went to his room in the hotel to analyze and solve the parameter problem, along with colleagues who worked remotely from China. If the parameters can be modified by some command, they are directly modified and then handed over to Ericsson. If the parameters must be updated by software, the compiled version of the parameter needs to be modified, and the compiled version may take several hours. The process of handover is around 2-3 times a day.

Because of the seven-hour time difference between China and Sweden, the domestic team works until the early hours of the morning almost every day. "During the time, we basically didn’t sleep, juggling through the two time zones," said Yang dingshan, an engineer in the mobile software department who was involved in the testing. The whole team spent more than ten days and nights in the state of 24 hours standby.

After continuous debugging and testing, good news finally came from Ericsson laboratory —OPPO, together with Ericsson and MediaTek, successfully completed the rehearsal of the VoNR call. The three parties had a celebration via cloud. Although it is a pity that OPPO had not been able to present the testing result in the MWC as planned after the show was canceled, it is of great significance for OPPO ’s exploration into 5G.

In May 2018, OPPO realized the first 5G video call of 3D structured light technology in the industry. And later, it made it possible world's first multi-person WeChat video call on 5G mobile phones; and it successfully demonstrated the Find X 5G prototype. In April 2019, OPPO launched the first commercial 5G mobile phone, the Reno 5G version, by cooperating with many leading overseas operators. In addition to the operators, OPPO also interacts with Qualcomm, Ericsson, Keysight and other core industrial chain enterprises. In September and November 2019, OPPO announced the establishment of 5G laboratory with Ericsson and Keysight to strengthen close cooperation in the research and development of 5G smart devices and deepen cooperation in the field of 5G.

This March, the Find X2 5G flagship was officially launched, demonstrating OPPO's determination and capability to penetrate the high-end market.

OPPO started the 5G layout at a very early time. Dating back to 2015, OPPO set up a communication standards team and actively participate in the research work of RAN1 and RAN2, right after the formulation of 5G standards by 3GPP.

By March 2020, OPPO has accomplished more than 3,000 5G patent applications, and announced 1000 + 5G standard patents in ETSI. In terms of the number and ranking of PCT applications for the 2019 WIPO international patent treaty, OPPO ranks among the top five in the world with the number of applications for 1927, and ranks 11th in the global 5G patent. Henry Tang, Chief 5G Scientist of OPPO, said that in just four years, OPPO standard went from 0 to global 11, and now they continue to invest in 5G vertical field and 6G research.

Just two years after the 5G standard team set sail, the 5G product team has grown from the original 50 engineers to the current 200 ones. The team used to work at the exploration stage of 5G products, and most of whom had no 5G background, since they’re still in 4G era. However, the company has given great support to the cultivation of 5G talents, which not only provides business training and resource investment, but also gives the team enough time to grow. Guided by the values of “Benfen”, the team moved forward step by step to ensure the continuous evolution of 5G technology and the rapid global landing.

Tang Kai, Director of Communication Technology Development Department, told us that the overseas operator market is an opportunity and it is catching up with the transition period of 4G & 5G. Last year, OPPO began to focus on the overseas 5G market while it also brings some challenges to the R&D team. The team needs to cater to different communication needs according to various markets instead of only domestic-oriented.

The main difference in developing overseas markets is the difference in communication demand, because different operators around the world have different requirements, both in terms of functions and indicators. Despite the challenge, Tang believes that with the great effort of the OPPO 5G team, technological breakthroughs at the forefront of 5G innovation will continue to be achieved, 5G service will fully cover the markets worldwide, and high-quality 5G communication experience is expected to come into people’s real lives soon.