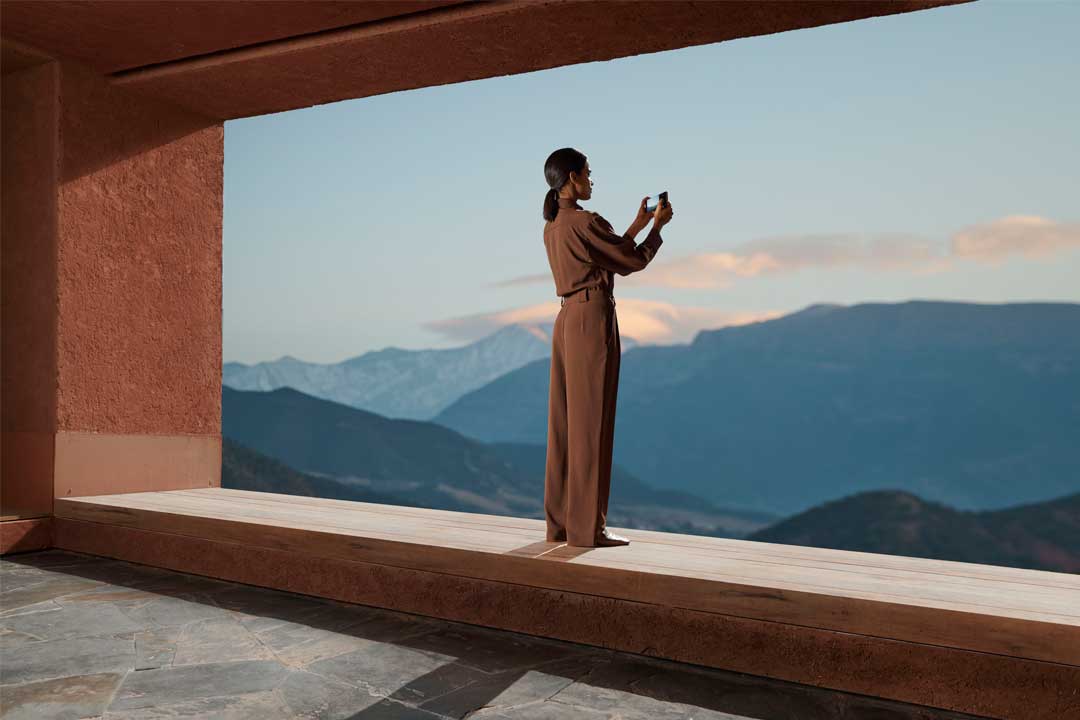 OPPO devices are designed with the philosophy that everyone has a creative soul within them – and with the right tools and inspiration, anyone can be an amazing creator.
Let’s break down 10 Photography Principles we believe that everyone should know on their journey toward mastering the craft!

The following three terms are essential to understanding The Exposure Triangle – which ultimately determines the brightness and balance of your photos.

Aperture refers to the size of the opening in the lens through which light can enter the camera. This is measured in f-stops – a ratio of the focal length divided by the opening size. The lesser the f-stop, the wider the opening is. A relatively wide aperture such as f/1.8 (1.8 f-stops) results in a smaller depth of field and enhances bokeh effect. Generally, using a wide aperture will help keep the image more in focus. This can be particularly useful when you want to reduce blur for capturing action shots on the go.
Consider OPPO Find X2 Pro if you are interested in a smartphone with wide aperture – The 48MP Wide Angle Camera has a F/1.7 Aperture which helps to enable incredibly smooth captures.

📸 @oppo PIC OF THE WEEK | Leo #Messi, La Liga Player of the Month for February!

These three elements work in relationship to one another and majorly determine photographic appearance. A change in one of the three elements will impact the others, meaning that when changing any of aperture, shutter speed, or ISO – one must keep in mind the impact that it will have on overall balance.

One metaphorical example that can be used to illustrate the concept of the exposure triangle is a window. Imagine that your camera is a window with shutters that open and close to block or permit light entering.
The aperture is the size of the window – if it’s larger, then more light gets through, resulting in a brighter room.
The shutter speed is the amount of time which the shutters are open for – leaving more time for light to enter.
ISO can be thought of as your eye’s sensitivity to the light entering the room. Wearing sunglasses inside the room is akin to lower ISO, which reduces your eye’s sensitivity to brightness. Staring directly at the light with bare eyes is akin to higher ISO, meaning your eyes are more sensitive to the light.

With your newfound knowledge of how the Exposure Triangle works, you can make slight adjustments to shutter speed, ISO, and aperture to strike the perfect balance!

Dynamic Range/HDR [High Dynamic Range]
Dynamic Range refers to how much data a camera can capture at the extreme ends of exposure in a single scene – think of it as a spectrum that ranges from the darkest to the lightest parts of the image.
As such, High Dynamic Range enables your photos to capture a greater range of exposure and brings balance to your shot. This is achieved by shooting multiple images at varying shutter speeds, which results in each photo being exposed at different light levels. The images are then combined to form one final product that incorporates a beautiful, dynamic range of light and dark sections.

OIS [Optical Image Stabilization]
OIS is useful for compensating for small camera movements during exposure. A microcontroller inside the camera accounts for micro adjustments being made and moves the lens slightly in response in order to stabilize the shot. This is a completely mechanical technique that doesn’t require any software, so it can stabilize your shot without compromising quality.

EIS [Electronic Image Stabilization]
EIS stabilizes images with the use of software – basically, the software detects any shakes or movement during the shot and applies corrections. Smartphone EIS has been rapidly improving over past generations, meaning that it can now preserve most of the quality of the image with little or no drawbacks.

Optical Zoom is a purely mechanical form of zooming which can result in the subject appearing closer or farther, as desired. Optical zoom can achieve a closer shot of your subject without compensating image quality.

Digital Zoom, on the other hand, achieves a similar effect but without the use of any mechanical work. Digital zoom makes it appear as though you are closer to the subject, but through the use of what’s effectively cropping. The resulting zoom effect is usually not as high resolution as optical zoom can achieve.

Hybrid Zoom is a new and rapidly developing technology that combines optical zoom, digital zoom, and software to result in enhanced zooming that goes beyond the capabilities of either optical or digital zoom alone.
Many flagship smartphones are now incorporating hybrid zoom as a primary feature of their camera setups – including OPPO Find X2 Pro, which features 5x Hybrid Zoom and enables seamless switching between a dynamic range of focal lengths.

Next   These Beautiful Portrait Photos Were Shot on OPPO Reno3 Pro