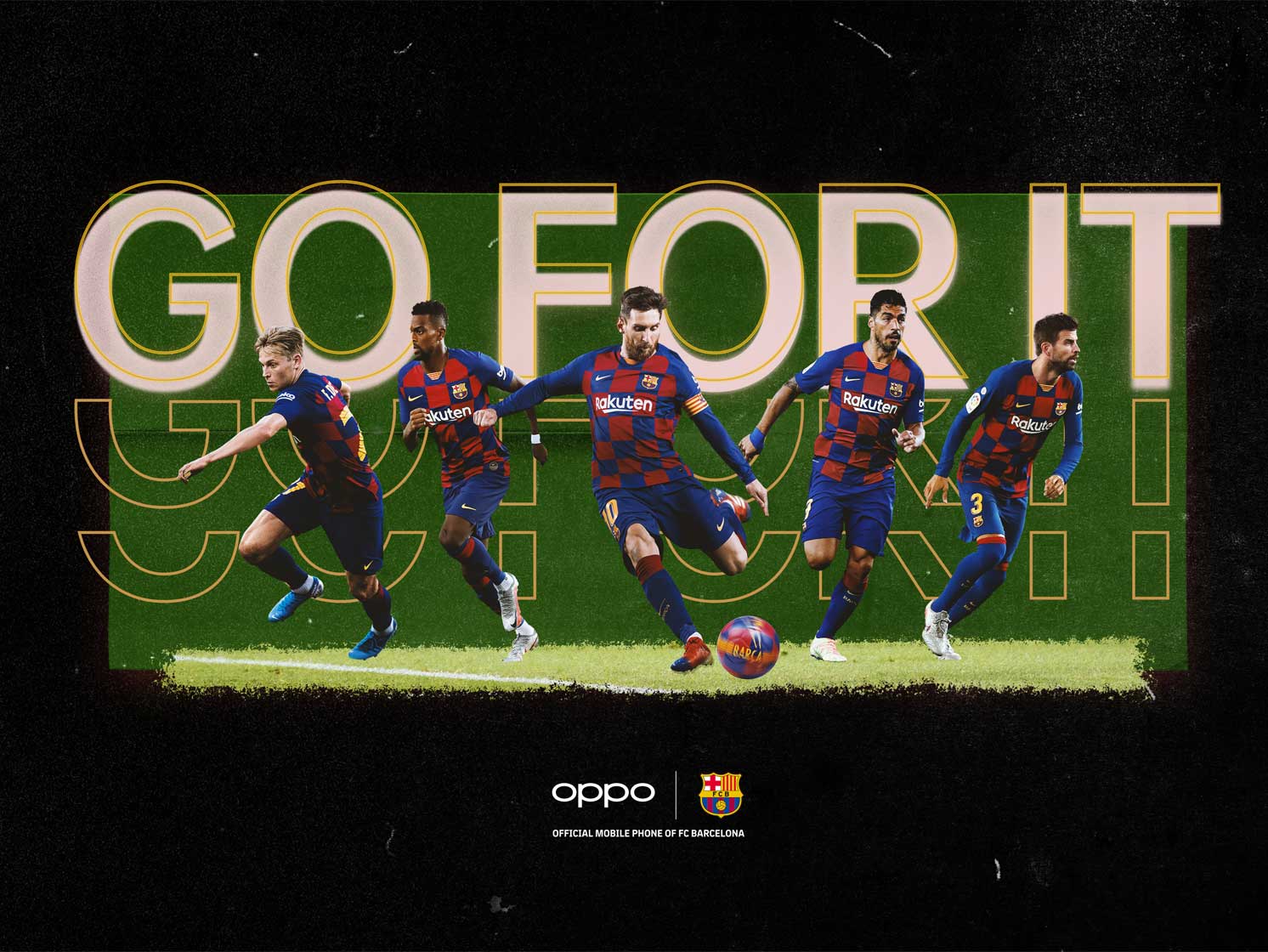 Aug 5th, 2020, China, Shenzhen – World-leading smartphone brand OPPO debuted its latest ad spot aimed at brand-building in Europe, highlighting its work with FC Barcelona (Barҫa) as the team seeks to be the final 8 among all European elites. The campaign punctuates the company’s continued market expansion, having added Germany, Portugal, Belgium and Romania to its European portfolio as of last month.

This builds on an already successful five-year partnership with the squad, which is the longest-running cooperation between a Chinese brand and a European football club.

“While current market conditions and cancellation of live events have taken a toll on the global sports sponsorship market, OPPO’s recommitment to our long-standing alliance with FC Barcelona is a signal of our brand’s momentum in the region broadly, and importantly, our encouragement of fans to pursue their dreams despite the unknowns,” said William Liu, OPPO Vice President, Global Marketing. “An established partnership like this demonstrates that just like FC Barcelona is more than a Club, so is OPPO more than a smartphone company.”

OPPO wants Barҫa fans to “Go for it”
OPPO is hosting a season-long digital content series, including a virtual Q&A session with first team players, a social campaign and a new commercial dubbed “Go for it.”

The ad spot takes viewers into a young fan’s world as she dribbles her way to victory, casting off naysayers and self-doubt as she prepares to join a men’s match. Splicing action shots with those of Barҫa players, we come to see that we’re viewing the celebratory shoulder raise not from the stands, but by watching the action virtually through the Find X2. Available in around 10 European markets, the 5G device series delivers an all-around powerful 5G flagship experience, with one of the most advanced screens in the industry.

The social series kicked off June with a Facebook, Twitter and Instagram Story blitz cheering on the club with #CheerforBarҫa. Selected fan messages were displayed on Camp Nou’s LED signboards to encourage the players during the restart of the La Liga season played behind closed doors. The campaign then shifts to echo the ad video, encouraging fans to tackle their own dreams and ambitions with the spirit of #GoForIt, regardless of the barriers they may encounter.

How would you use technology to cheer @FCBarcelona without being in the crowd? 💭

As matches resume soon behind closed doors, we are looking for ideas to empower fans with technology! 🤳

Fans can also watch a Q&A with the football squad’s defenders Gerard Piqué, Nélson Semedo, Clément Lenglet and forwards Luis Suarez and Martin Braithwaite - where the players shared their thoughts about the journey and answered questions collected by Barça and OPPO from fans. 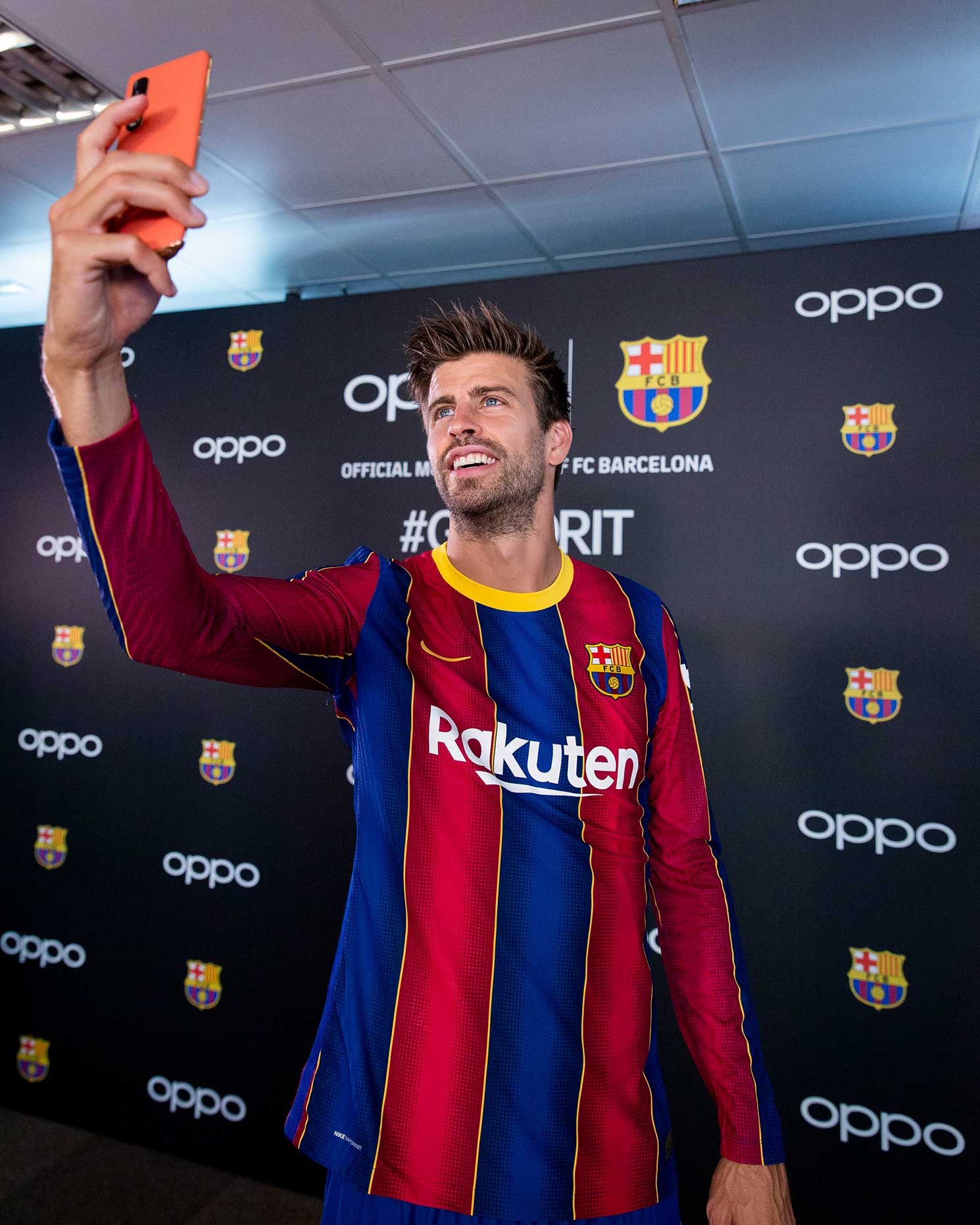 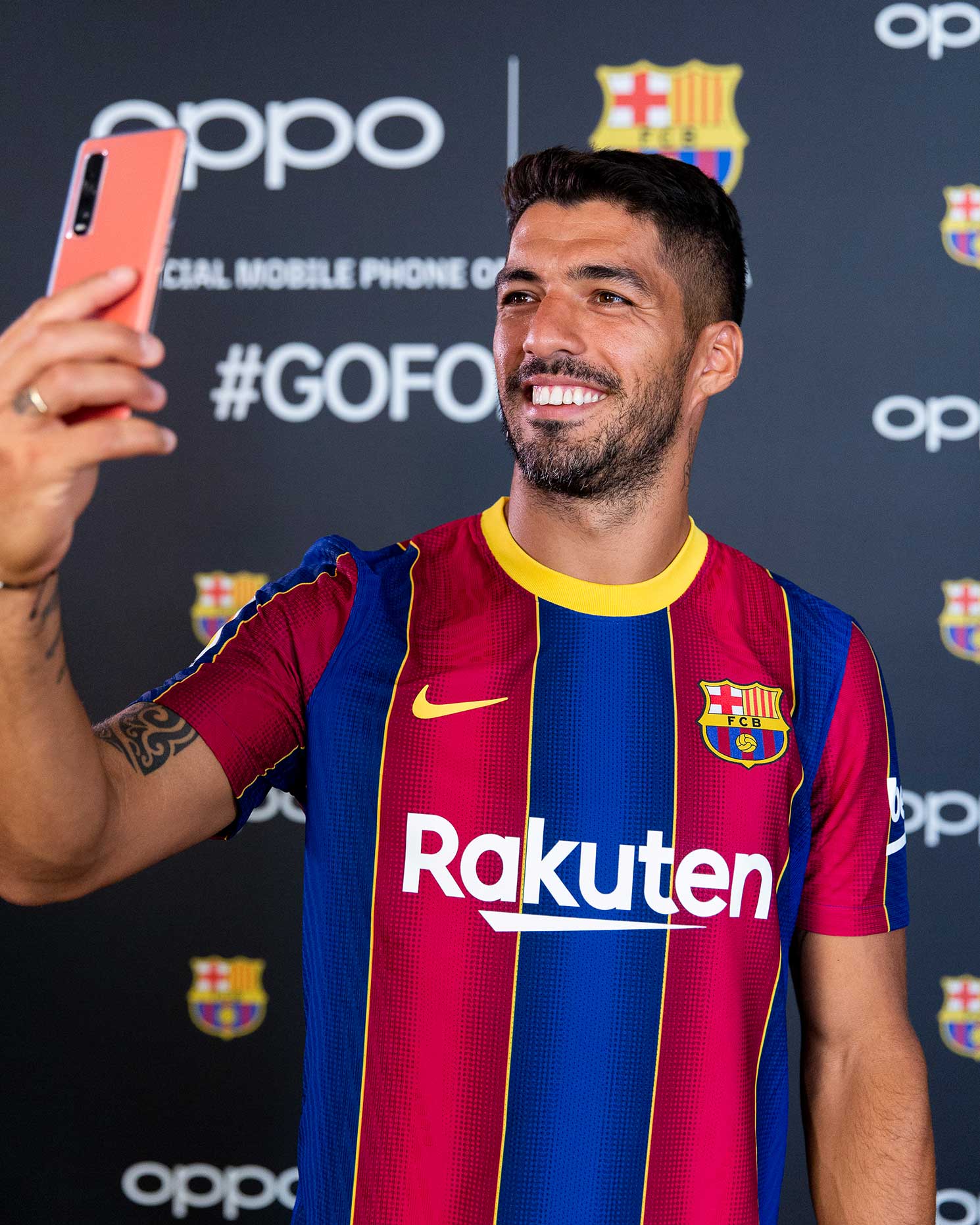 In addition to the continuance of the FC Barcelona partnership, OPPO maintains its tennis partnerships with Roland-Garros and Wimbledon and added the Boston Marathon. Leveraging the association with these international sports partnerships drives OPPO’s increasing global presence and resonance with local fans.

5G smartphone brand hits major European market milestones
With a two-year footprint and an ambition to solidify its status as one of the top five smartphone brands in Europe, OPPO ushers in a new decade of strategic deployment in-market through investment in brand and channel-building via global partnerships in order to accelerate growth in the region. Notable milestones in 2020 include:

• As of July, OPPO entered more European markets, including Germany, Portugal, Belgium and Romania – bringing its total regional footprint to over 10 markets

• In May, OPPO announced a partnership with Vodafone, rolling out 4G and 5G devices in Germany, the United Kingdom, Spain, Portugal, Romania, Turkey and the Netherlands – and opened specific online channels to ensure availability and customer support during the pandemic. This builds on existing operator cooperation with Swisscom, EE, Orange, etc.

• Also this year, OPPO established its European HQ in May in Dusseldorf, Germany. The new organization will go even further in supporting local offices to roll out OPPO’s development plans for even greater European expansion

• OPPO cracked into the top five smartphone brands in Europe in the first quarter of 2020, according to Canalys data. OPPO is especially impressive in markets such as Italy and Spain, where it sees a 15-time and 10-time growth in 2020 Q1 respectively compared with last year.

Response to COVID-19
Striving to be a sustainable company that contributes to a better world, OPPO insists to follow right direction regardless pressure and difficulties and do what is meant to do even if we don’t promise to. Beyond immediate donations locally at the outset of the outbreak and conversion of its manufacturing line from devices to masks, OPPO recognized its role as a global brand steward to be socially responsible in all of its operating markets and donated 300,000 masks to markets like Italy, Spain, Germany, France, among others worldwide.

OPPO’s global business operations resumption rate has reached more than 95% in China, and other global plants are gradually recovering based on local policies, such as those in Germany.