October 13th, 2020, France, Paris – The 2020 Roland-Garros came to a close, with Rafal Nadal crushing world No.1 Djokovic to secure his trophy for an unprecedented 13th time at Roland-Garros. As the second year of its partnership with the Roland-Garros, OPPO, the Parisian grand slam’s first premium smartphone sponsor, warmly congratulates all of the athletes and organizers who made the event a safe and captivating tournament.

While this year’s tournament highlights such as the record-breaking feats of Rafal Nadal and Iga Swiatek captured the tennis world’s interest, OPPO secured a major landmark of its own with the Roland-Garros exclusive night experience, featuring the French star currently ranked eleventh worldwide in Men’s Singles, Gaël Monfils. Additional on-site activities included the OPPO booth, the OPPO Photo Gallery shot entirely on the Find X2 Pro by official photographers, as well as a 5G video call between Tournament Director and former world number three player Guy Forget and junior players around the world. 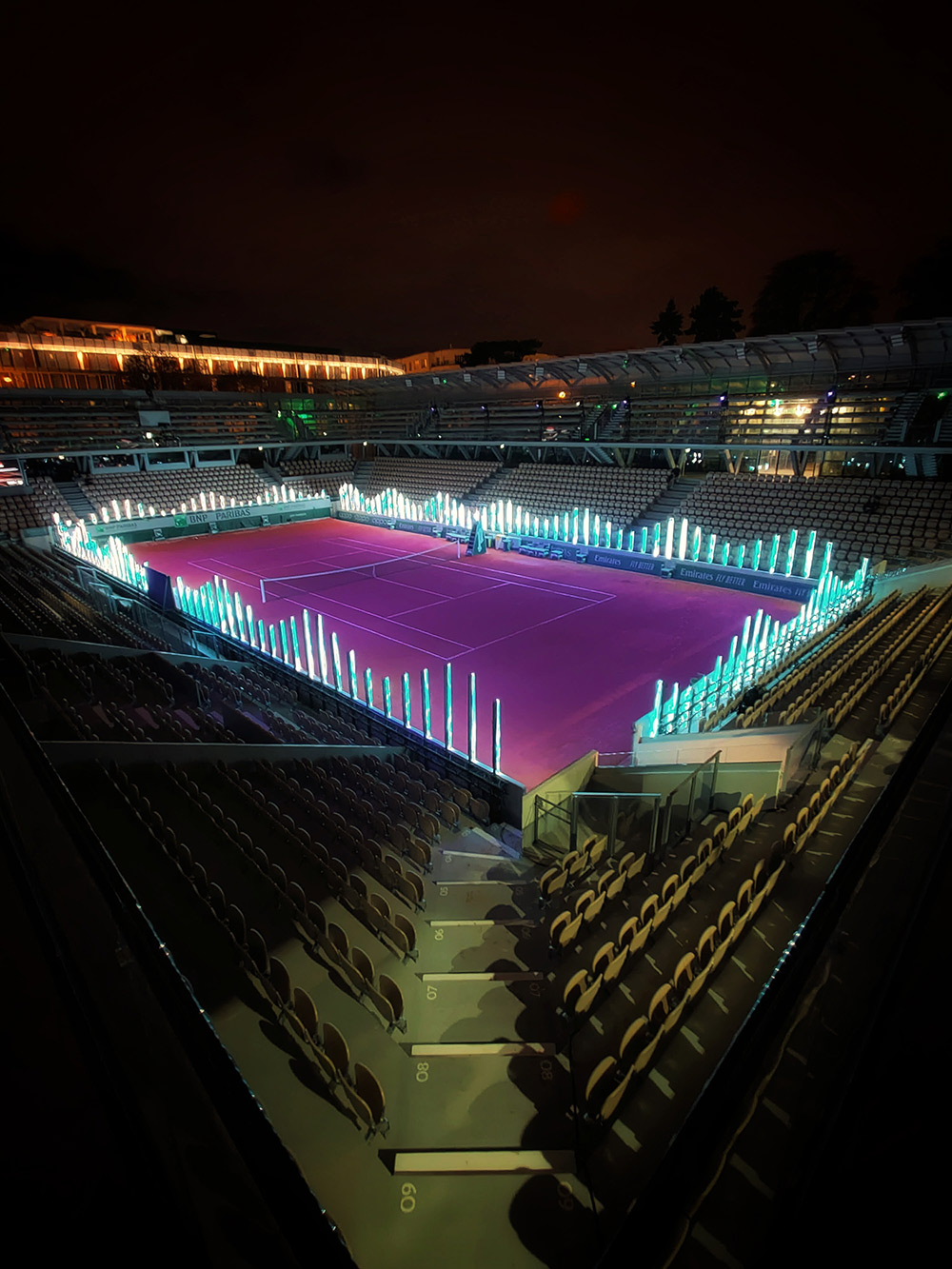 ‘Shot of the night’ by OPPO illuminates the Simonne-Mathieu court

“From the exclusive sunset experience on the Parisian clay courts to the 5G connections we were able to make remotely with junior athletes, OPPO’s work this year with Roland-Garros demonstrates how the link between tennis and technology can be used to empower champions today and in the future,” said Gregor Almassy, Overseas CMO, OPPO. “Whether it’s boundary-pushing innovation through 5G or creative stadium lighting, it’s that shared value of the commitment to excellence that forms the basis of our partnership.”

Michael Tonge, Director of Partnerships, Hospitality and Ticketing at Roland-Garros, added, “Since our first discussions with OPPO, we knew that a key element of the partnership would be creative innovative experiences for fans. Having successfully launched ‘Shot of the Day by OPPO’ in 2019, the ‘Shot of the Night’ concept is the logical next step, which will put OPPO’s technological expertise, using the Find X2 Pro smartphone, at the heart of a unique nighttime experience for some very lucky tennis fans. It is also perfect timing for Roland-Garros 2020, as we have installed floodlights on 12 courts to avoid match interruptions due to poor light which has been crucial given the autumnal dates of this year’s tournament.” 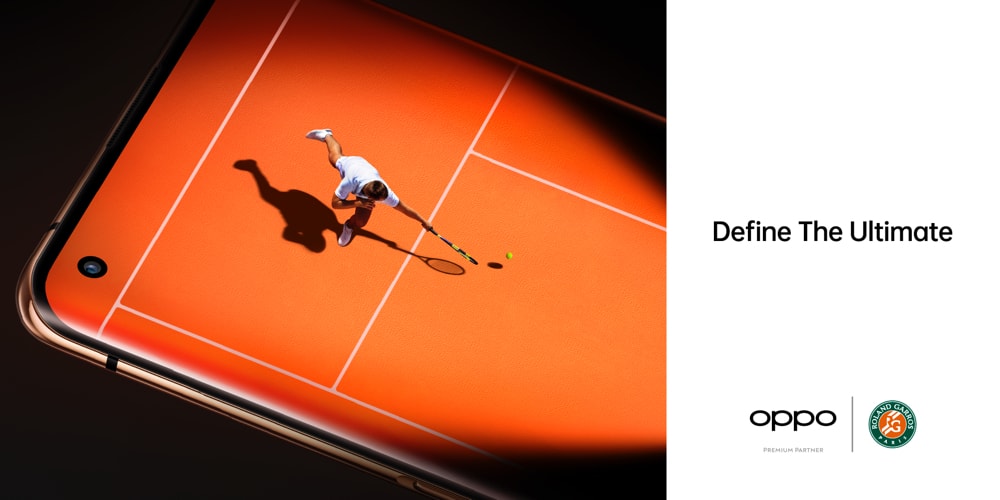 OPPO introduced the theme of ‘Define the Ultimate’ this year

In that spirit, central to the inspiration behind a key brand activation was the addition of floodlights on select courts to allow for evening play. Channeling the crossover of technology and tennis, OPPO worked with the French Tennis Federation to produce a special and exclusive experience: “Shot of the Night by OPPO”.

On the eve of the Men’s Singles Final, the impressive Simonne-Mathieu court was plunged into darkness – except for a single spotlight on French star Gael Monfils. With Monfils’ first serve, the court erupted in a choreographed explosion of light. A small number of selected fans and guests were treated to a light show while players plugged their Find X2 Pro handsets into a charging station, and the 36-minute countdown began as the phones were charging. Some lucky guests also got an on-court playing experience with Monfils and tennis freestyler Stefan Bojic. The courtside lights were sensor-activated, dynamically adjusting based on points scored by the players. 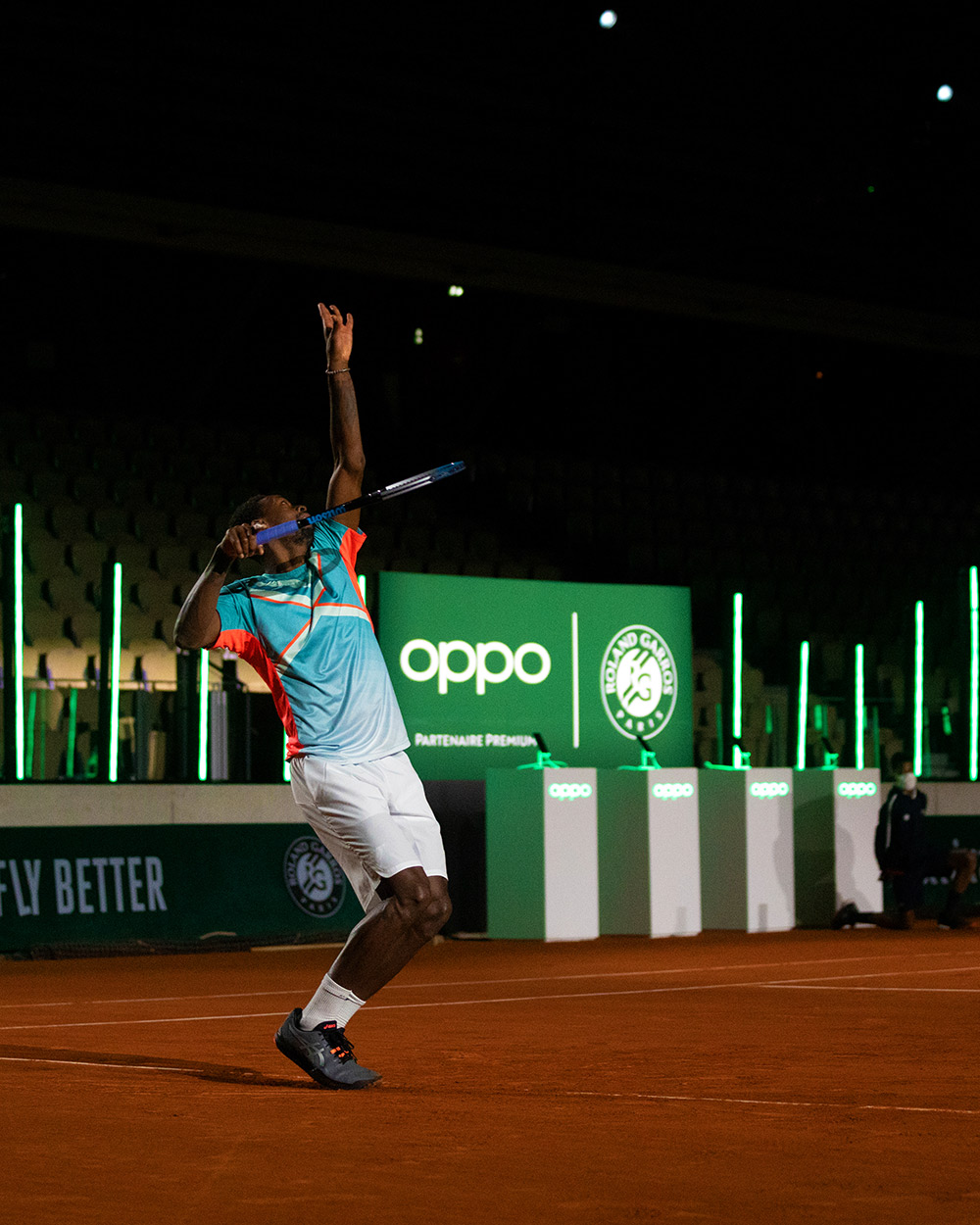 Gael Monfils commented “It’s always stressful to have to finish my matches before it gets dark at Roland-Garros. With ‘Shot of the night’, I was able to take my time to enjoy and share this unique night tennis experience with the fans.”

Photographs and video of the experience were captured by OPPO’s flagship Find X2 Pro. Hosting the event at night showcased some of the handset’s key features, including stable night shots, superfast sharing of content thanks to the stadium combined with the device’s 5G connection and notably, SuperVOOC charging. The court play lasted 36 minutes, representing the time it takes a Find X2 Pro to fully charge its battery.

Pictures from the event and some of the most beautiful moments from the competition captured by official event photographers using the Find X2 can be found on OPPO’s Roland Garros campaign page: https://www.oppo.com/en/events/oppo-and-tennis/oppo-and-roland-garros 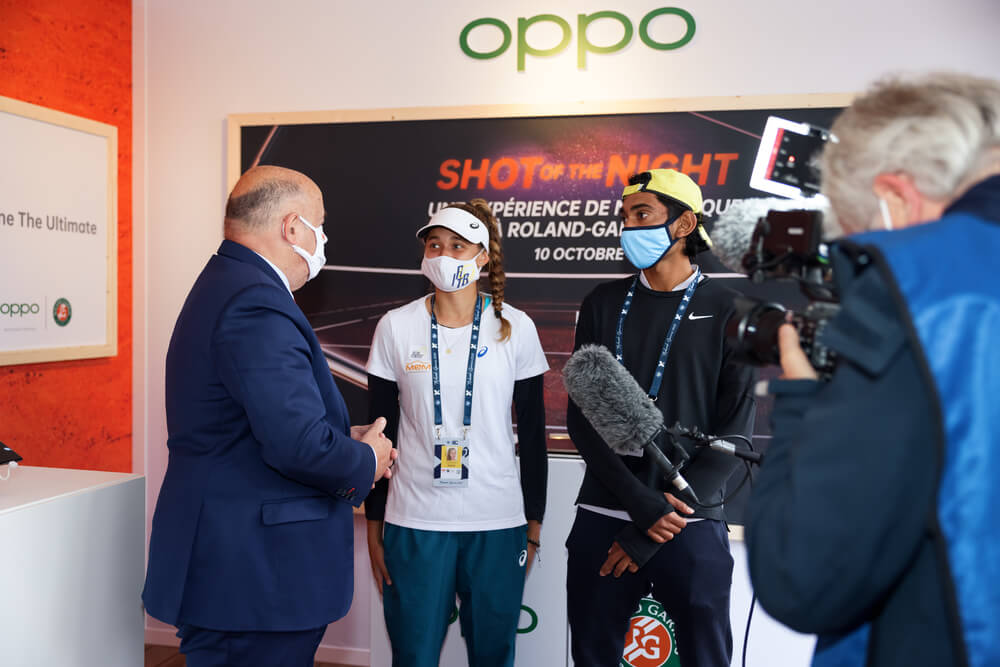 This year, OPPO had increased its in-stadia presence with the opening of its onsite Photo Gallery, impressive courtside branding, and the global 5G video call experience for young talent. As the title sponsor of the tournament’s Junior Wild Card series, OPPO wanted to ensure the youth who were unable to compete in person still had an opportunity to feel the vibrant energy of the event. Days before the competition kicked off, the former Davis Cup champion and world number 3 Guy Forget video-chatted from the Roland-Garros grounds with junior talent from China, India, Romania and Thailand. He had a candid exchange about topics ranging from how he prepared mentally for matches to the FFT’s preparations for this year’s pandemic-delayed competition. 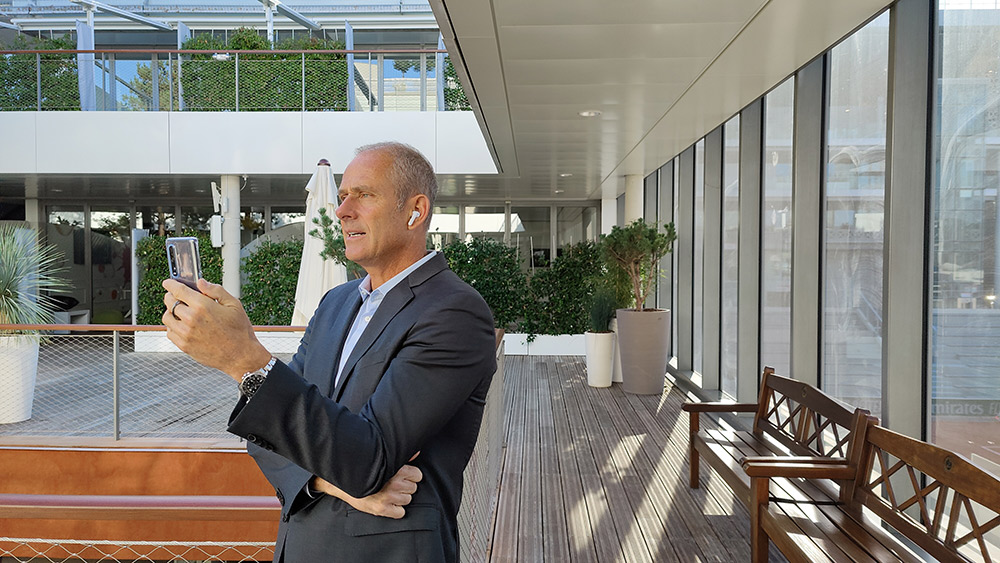 The partnership with Roland-Garros is a cornerstone of OPPO’s global expansion. The brand has also signed partnerships with Wimbledon, where OPPO is also the Championship’s first-ever Asian sponsor and smartphone sponsor. Additionally, OPPO maintains a five-year partnership with FC Barcelona, which is the longest partnership between a Chinese brand and a European football club to date. OPPO’s most recent tie-ups include the 2019 signing with the League of Legends e-sports championship series, as well as the 2020 edition of the Boston Marathon.

5G key to OPPO’s European milestones
With a two-year footprint in Europe, sports sponsorships aren’t the only partnerships accelerating OPPO’s growth across the region. Notable milestones in 2020 include:
· Contribution to the first 5G standalone (SA) network in the UK, in collaboration with Vodafone and Ericsson. The pilot deployment at Coventry University, which also featured the UK’s first 5G SA network slicing service, was verified using OPPO’s Find X2 and Reno3 5G smartphones.
· 5G research, in conjunction with industry partners and carriers, will continue to be a focus for the brand – and OPPO has already struck partnerships with more than 40 major carriers in Europe.
· As of July, OPPO has entered more than 10 European markets, with its footprint expanding to include Germany, Portugal, Belgium and Romania

From 5G on the court to 5G collaborations, OPPO continues to showcase how it will build sustainable connectivity throughout Europe via its state-of-the-art products like the Find X2 Pro and growing interactions with existing and new partners.