Digital twins, ubiquitous coverage...What will the future beyond 5G look like?

If you are a fan of the Marvel Universe, you should be familiar with the scene from Iron Man in which Tony Stark creates and repairs the suit of armor for his alter ego. Aside from the important role that this scene plays in the movie’s narrative, one other interesting element is the fact that Stark’s hands never actually touch the suit of armor. Instead, he uses a virtual representation to make repairs, conduct modifications and perform testing. Through these virtually simulated interactions, he unravels the puzzles left behind by his father’s company Stark Industries and invents a new element to replace palladium as the power source for his suit of armor.

Of course, this type of technology belongs purely in the realms of science fiction, at least for the time being. Back here in reality, we will have to wait until the arrival of 6G (sixth-generation wireless communications) for this kind of sophisticated digital twin technology to become a reality.

With 5G still being rolled out as we speak, you might think that 6G is too far away to be worth thinking about. But for scientists and technologists, research and investigation into B5G (Beyond 5G) and 6G technologies is already well underway.

“After 5G, AI and telecommunication technology will continue to co-evolve in a synergistic way, bringing together genuine connections and interactions among humans, intelligence, and devices.”
Henry Tang, Vice President of OPPO Research Institute.

In order to bring the 6G technology seen in Iron Man to life, it’s essential that the industry first moves into the B5G generation – the second phase of 5G featuring the integration of 5G and AI technologies.

Henry Tang once likened the next phase of 5G development to that of a butterfly emerging from a cocoon. When the network become intelligent, the system become faster, more accurate, and more efficient, resulting in more powerful connectivity and even lower latency, while at the same time reducing power consumption.

6G within a decade: connected intelligence in the not-so-distant future

Just as 5G is beginning to make its way into cities across the globe, momentum for the next phase of mobile communications – 6G – is beginning to take hold. According to a white paper from The University of Oulu titled “Key Drivers and Research Challenges for 6G Ubiquitous Wireless Intelligence”, 6G is expected to arrive around the year 2030.

In the paper, the authors write that many of the key performance indicators of 6G will be 10 to 100 times greater that their 5G counterparts. For example, peak data transmission speeds will reach up to 1 Tbps per user compared with the 10 Gbps speeds seen with 5G. 6G will become a framework of technologies that is all-pervasive, further intertwining the physical world and digital worlds, blurring the boundaries between virtual and reality. 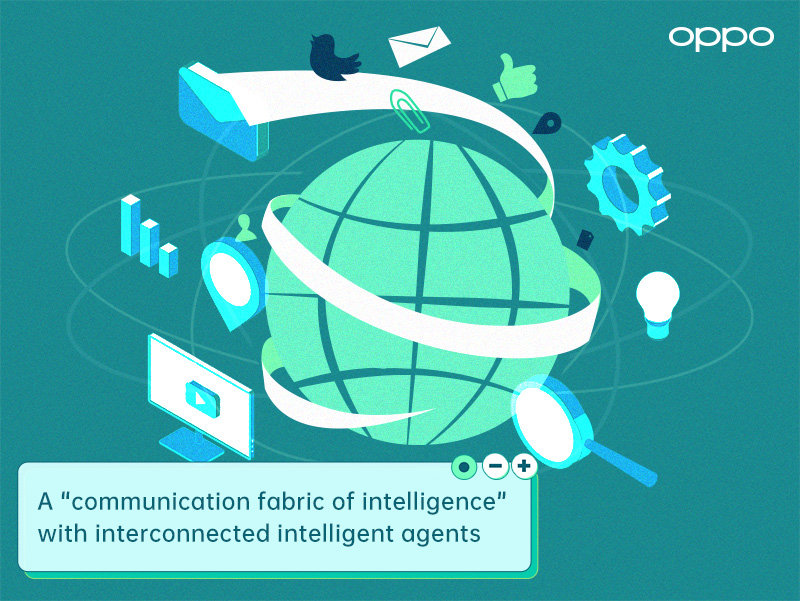 If 5G is said to focus on connecting people and things, then 6G will herald a future in which people explore and utilize the intrinsic intelligence of these things. 6G will become the communication fabric for all intelligent services, allowing people, robots, smart devices, and any intelligent agents to interconnect and collaborate with each other in perfect harmony. The 6G network will also empower agents in this network to share and communicate AI-generated intelligent messages. 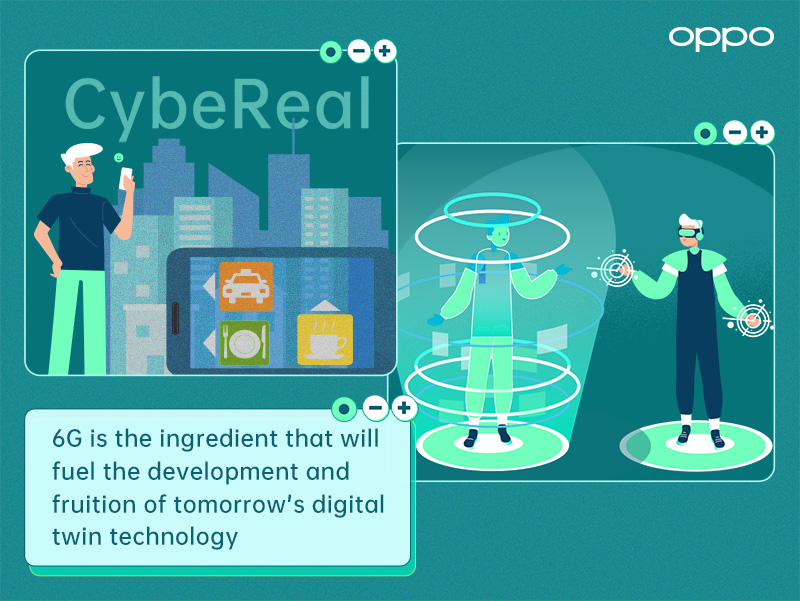 So, how will this network of intelligence change our lives? Let’s try to think about our digital twins again. In a free and open IoT framework, physical models and live data captured through sensors are used to build digital twins that virtually represent their physical counterparts and the external environment in real time, thus maintaining a predictive model of the physical world through a continuous data feedback loop.

Going back to Iron Man, the ultimate representation of the digital twin can be seen when Tony Stark deconstructs, designs, and upgrades his armor without even touching it. In the 6G era, perhaps we will all have a digital twin like Iron Man, allowing parts of ourselves to exist in the virtual world. Remote and personalized medicine will become a reality as real-time data on a person’s health is captured through a set of sensors and transmitted to the digital twin for diagnosis.

At INNO DAY 2020, we showcased our CybeReal AR application, which uses mobile network information such as GPS, Wi-Fi, and Bluetooth, together with SLAM and AI algorithms, to achieve high-precision full-time positioning and scene recognition. CybeReal reconstructs the physical world in a digital representation with extreme precision and is a huge leap forward in our work towards realizing true digital twin technology. 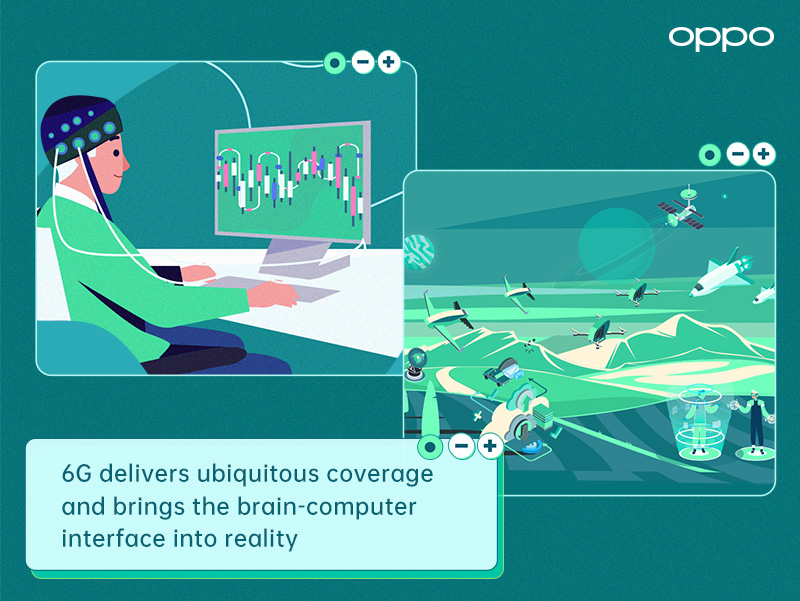 6G offers so much more than just a “next generation”

Of course, the power of 6G goes well beyond digital twins. For example, 6G is expected to create a ubiquitous network covering land, sea, air and even space thanks to satellite and drone technology. What are some of the benefits of this? Right now, the availability of network connectivity tends to be poor in sparsely populated regions or areas with difficult terrain (for example, rural areas, islands, mountainous regions). However, thanks to the universal coverage of 6G, we will be able to better monitor nature and biodiversity in these remote regions. Also, natural disasters can be predicted and prevented in advance to save lives, particularly in densely populated areas with fewer base stations.

As the entire industry explores these endless possibilities, we invite you to follow OPPO’s progress in 6G technology throughout 2021 and beyond.

4G technology changed the way we live, while 5G is set to revolutionize our society. Perhaps 6G will usher in a new, braver world. If the development of telecommunications technology has shown us anything, it’s that it consistently exceeds our imagination. What will our relationship with technology look like ten years from now? How will we balance between technological progress and moral values? For us at OPPO, the answer has always been simple: “Technology for Mankind, Kindness for the World”.

Next   Listening to the New Zealand Distributor talking about OPPO