The selected artwork is currently on display at the 19th London Design Festival, showcasing the creativity and unique concepts of the Renovators artists.

September 23, 2021, SHENZHEN – Leading global technology brand, OPPO, recently unveiled the ten winners of its OPPO Renovators 2021 Emerging Artists Project, which was selected from a total of 3,345 artwork submissions. OPPO also submitted the outstanding art pieces to London Design Festival 2021 where they will be used to showcase the creative talent of the emerging artists and help to propel their creative ambitions.

Exploring visions of the future through the eyes of young creatives
Artists for this year’ Renovators program were tasked with developing artwork or creative concepts around the theme of Light, with two professional contest categories being held – ART TECH and ART TOY. Running for several months, OPPO Renovators 2021 attracted entries from thousands of emerging artists based in 40 countries and regions worldwide, with a total of 3,345 individual entries submitted. All entries were then evaluated based on their level of innovation, artistry, feasibility, and expressiveness, from which the top 10 Renovators were selected.

The following artists and artworks have been selected as the winners of the 2021 OPPO Renovators Emerging Artists Project: * 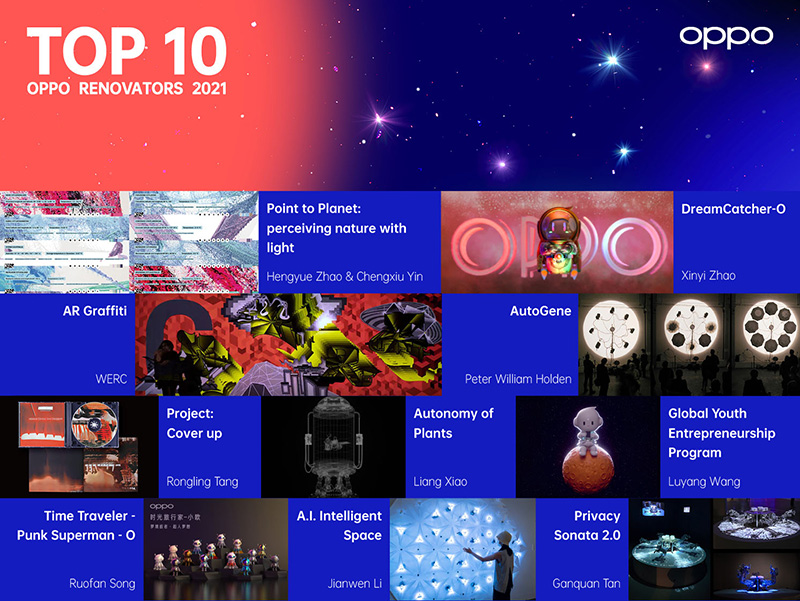 Over the past few months, thousands of artworks from around the world were submitted to OPPO Renovators 2021, covering topics such as technology, humanity, environmental protection, biology, history, social interaction, and current trends, while making use of mediums such as digital media, interactive experiences, stage installations, wearable devices, biological and material designs, and others. Through their submissions, the emerging artists demonstrated their distinct views on a wide range of topics, reflecting the connection between humans, technology, and nature, and how these can be enhanced through technology and art to create a better future for all.

In Hengyue Zhao and Chengxiu Yin’s Point to Planet: perceiving nature with light submitted to the ART TECH category, the two artists explore how to understand nature by perceiving all the invisible and silent processes that we as humans overlook each day. Xinyin Zhao’s DreamCatcher-O submission to the Art Toy category sees every dreamer as a shining light in the world and aims to protect their dreams while working alongside them to achieve them. 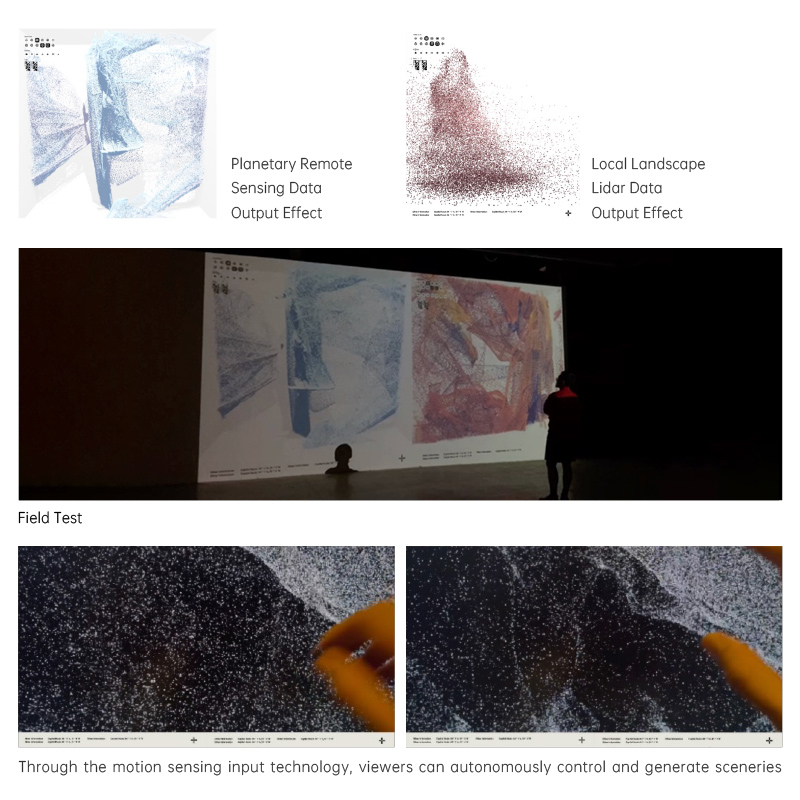 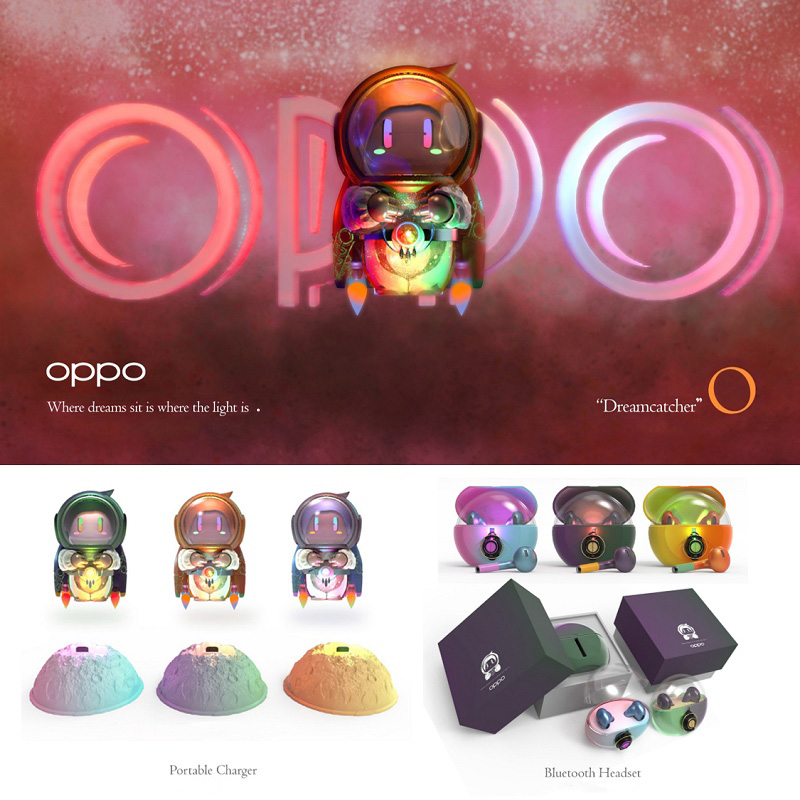 OPPO Renovators exhibit at London Design Festival propels emerging artists onto the world stage
As part of the Renovators 2021 Emerging Artists Project, OPPO is also exhibiting outstanding submissions at the 19th London Design Festival, bringing the artists and their artwork to a global audience. Among those being exhibited are Sounds of Nature by Yuxian Qin, which creates a medium between sound and image to allow urban populations to create their own visual environment of natural sounds, raising awareness for environmental protection in the process. Revival by Diszy Lee attempts to emulate a dystopian cyberpunk-themed future where humans explore the ruins of civilization on alien planets. It tells the story of life, death, and survival, with the ultimate message being that Earth is still our only hope for our species’ future survival. #3.0 fictionalizes the forms of flowers and people, allowing AI to take on the role of evolution to explore how technology can define new species and mold the future.

Additional works, including Out with the Olds, Roar of the Sea · Sea Sensory Experience, Still Have To Squat Down For The Light, Artificial Galapagos, New Concept Nucleic Acid Scanner, and Misunderstanding Façade, are also being showcased at London Design Festival from September 18th to 26th at 31 Smiths Ct Soho, London, United Kingdom. This marks the first step in bringing these artworks to global audiences: following their debut at London Design Festival, OPPO will continue to promote the artworks through international platforms such as the Dubai Design Festival and OPPO’s own INNO DAY event. Further to Renovators 2021, OPPO will support emerging artists to pursue their creative dreams and highlight the visions of the younger generation. 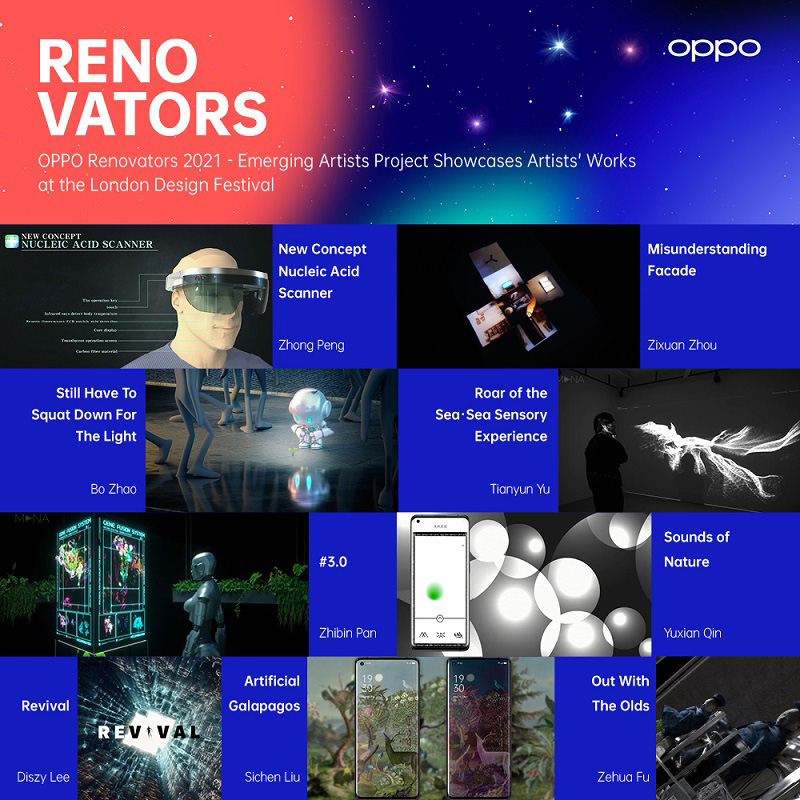