August 19, 2021, SHENZHEN – Today, leading global smart device brand OPPO held the 2021 OPPO Future Imaging Technology Launch Event. Throughout the online event, OPPO unveiled a series of breakthroughs in smartphone imaging technology focused on upgrades to sensors, modules, and algorithms. The company has been focusing on self-development and optimization of underlying imaging technologies in order to enable users to “capture the beauty in life with ease”. 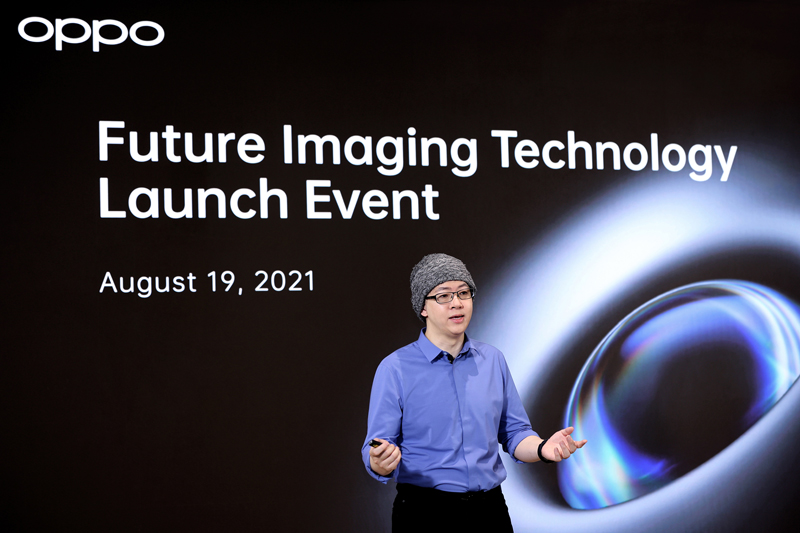 New Sensor: the next-generation RGBW sensor enhances light sensitivity with improved color performance
OPPO’s next-generation RGBW sensor significantly improves light sensitivity by introducing additional white sub-pixels(W), groundbreaking DTI technology, and OPPO’s self-developed 4-in-1 pixel algorithm. As a result of these innovations, the new sensor allows for 60% more light to be captured than previous sensors while achieving an up to 35% reduction in noise1 to deliver much clearer and brighter images in low-light conditions.

More than just improving low-light photo capturing, the next-generation RGBW sensor is also able to make portraits more expressive in both photo and video with enhancements to skin, texture, and contrast. The new sensor will be commercially released in OPPO products from Q4, 2021.

OPPO’s new zoom technology supports continuous optical zoom equivalent to an 85～200mm  focal length, from personal portraits to far-away landscapes, with no need to crop. Users can enjoy a smooth transition throughout the zoom range with image quality comparable to that of a professional camera. Also, this technology avoids common problems like jumping, white balance inaccuracy, or color bias that conventional multi-camera zoom systems may experience.

Also new from OPPO, the Five-axis OIS allows the system processor to receive movement data from the gyroscope, analyze it and break it down into its respective components through algorithms. The data is then passed to the two moveable components: the lens and the image sensor, which are driven by ball-bearing motors and shape memory alloys, respectively.

When the movement is relatively small, images are stabilized mainly through lens-shift OIS – covering horizontal (X) and vertical (Y) shifting. When the amplitude of the movement is relatively large, however, sensor-shift OIS will also be utilized – including horizontal shifting (x), vertical shifting (y), and rolling – together with algorithm compensation, to achieve a five-axis stabilization.

This allows a maximum stabilization angle of ±3°, three times more than traditional OIS technology on mobile devices, while the sensor can also shift with a precision of 2μm. For night-time or motion shots, OPPO’s proprietary algorithm technology can help significantly improve stability, clarity, and color performance; increasing the vibration compensation performance by up to 65%. The OPPO Five-axis OIS will be commercially released in OPPO products from Q1, 2022.

New Algorithm: OPPO self-developed algorithms support the next-generation under-screen camera to deliver the perfect balance between screen and camera quality
Finally, OPPO also showcased its next-generation under-screen camera solution for future smartphones. The innovative pixel geometry ensures a 400-PPI high-quality display in the under-screen camera area. Using transparent wiring and a new design, the result is much finer display quality with a smoother visual experience. With each pixel circuit driving only 1 pixel (“1-to-1”) in the screen and OPPO’s precise algorithmic compensation technology, the chromaticity and brightness of the entire screen are more precisely controlled, with a deviation of only about 2% and an improved screen lifespan of up to 50%.

In addition, OPPO’s U.S. Research Institute has developed a series of imaging AI algorithms – including diffraction reduction, anti-condensation, HDR, and AWB – to better optimize the imaging quality of the under-screen camera. OPPO’s AI diffraction reduction model has been trained using tens of thousands of images to control problems caused by diffraction at the light source, allowing users to capture clearer, more natural-looking images.

To meet the ever-changing imaging demands of users worldwide, OPPO is further strengthening its global R&D capacities. Currently, OPPO has 6 Research Institutes, 5 R&D Centers, and tens of Imaging Labs around the world, including the new Imaging Lab in Hyderabad, India, and the Imaging Lab in Yokohama, Japan, which is responsible for creating a number of OPPO's self-developed imaging technologies found in the Reno series. Moving forward, OPPO will continue to focus on the implementation of self-developed imaging technologies and further strengthen its cooperation with industry partners to provide users with an even better imaging experience.