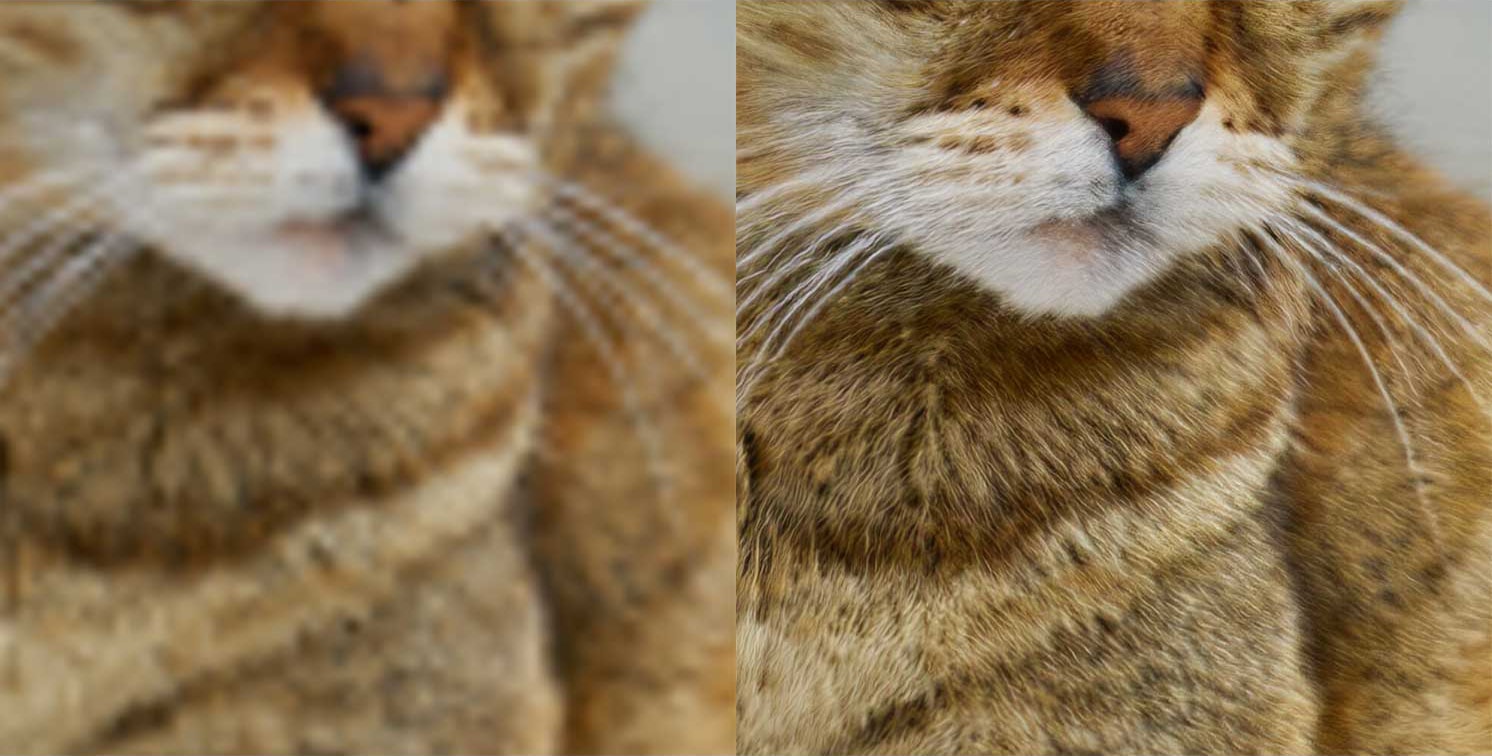 Technologies that won the awards include: perceptual extreme super-resolution technology which can make a blurry photo 16 times sharper naturally , visual localization that can tell where the photo is taken by analyzing the image, and human activity recognition in videos

Additionally, members of OPPO’s Research and Development team participated in several sessions of the conference, including delivering keynote speeches and participating in seminars to share their insights on computer vision technologies with thousands of leading researchers worldwide.

CVPR is a premier annual computer vision event organized by the IEEE（The Institute of Electrical and Electronics Engineers）. It covers every aspect of computer vision and pattern recognition, machine learning, and AI, and provides exceptional value for students, academics and industry researchers.

Eric Guo, Chief Scientist, Intelligent Perception, OPPO, said “we are very pleased to have achieved remarkable results on behalf of OPPO in this year’s CVPR Challenges，reflecting three of our core research directions: environmental perception, human centric computing, and image/video generation. This is the first public demonstration of our R&D results since the establishment of the Intelligent Perception and Interaction Research Department of the OPPO Research Institute, which also fully reflect OPPO’s AI strength”.

He added, “we all know that the invention of mouse and graphical user interface contributed to the success of personal computer and touch screen deserves much credit for the booming success of smartphones. Every time the human-computer interaction mode and intelligent perception technology evolve, they lead to a brand new tech trend. At OPPO, we are committed to making smart devices more intelligent, so they understand users better. We will then be able to develop new human-computer interaction method to lead the next wave of technological progress”.

OPPO believes that the cutting-edge exploration in the field of intelligent perception and interaction will fully empower OPPO technologies and products in the future, which will provide users with more innovative interaction method and experience.

OPPO US Research Center also participated CVPR 2020 and won a 6th place in Real-World Super-Resolution Challenge, Track 1: Image Processing artifacts. Meng Zibo, manager of Spacetime Lab of OPPO US Research Center, gave a keynote speech on the institute’s leading research on AI-assisted low light photography titled “Looking into the dark: from image to video” and Shuxue Quan, Senior Director of Computer Vision and AI, gave an speech on localization and mapping titled “Building a unified SLAM system running on both smartphone and AR glass from scratch”

In this challenge, the OPPO Research team was charged with solving the problem of perceptual extreme super-resolution for single image with a magnification factor x 16. The aim is to obtain a model capable to produce high resolution results with the best perceptual quality and similarity to the ground truth. The team developed and demonstrated the effectiveness of their own neural network called RFB-ERSGAN, beating out 280 other participants with its more intelligent analysis, more efficient computation, and more diversified methods, ultimately winning the first-place among teams from Facebook, Baidu, Microsoft, Amazon, and the Chinese Academy of Science.

The technology will be applied in a number of scenarios. For example, it can help users to change LR photos taken by their smartphones to HR pictures with rich details. Other applications may include: restoring old or damaged photos and old films; refining important medical images or conducting detailed analyses on satellite images and space images.

Achieving one first-place on outdoor visual localization (Aachen Day-Night) and one third-place on indoor visual localization(InLoc), OPPO created a monocular visual localization pipeline that leverages semantic and depth cues to find the precise location of any query image. Overcoming a major obstacle for many computer vision applications, which is to identify and eliminate a significant amount of incorrect results, this method has performed at a state-of-the-art level through robust experimentation.

Likely future uses include augmented reality, intelligent robotics, or precise navigation. For example, when the AI assistant is equipped with a camera, it can leverage visual localization technology to analyze the pictures taken and achieve accurate positioning and thus move to the right location.

Winning third place in Activity Detection in Extended Videos, to respond to this task encouraging the design of automatic activity detection algorithms, OPPO built theirs to efficiently identify and reorganize the characters in each frame and recognize dozens of human activities in complex dynamic videos. This technology will play an important role in the fields of human-computer interaction, and sports video analysis in the future. For instance, future smartphone will be able to automatically identify moving subjects and adjust the camera focus accordingly. 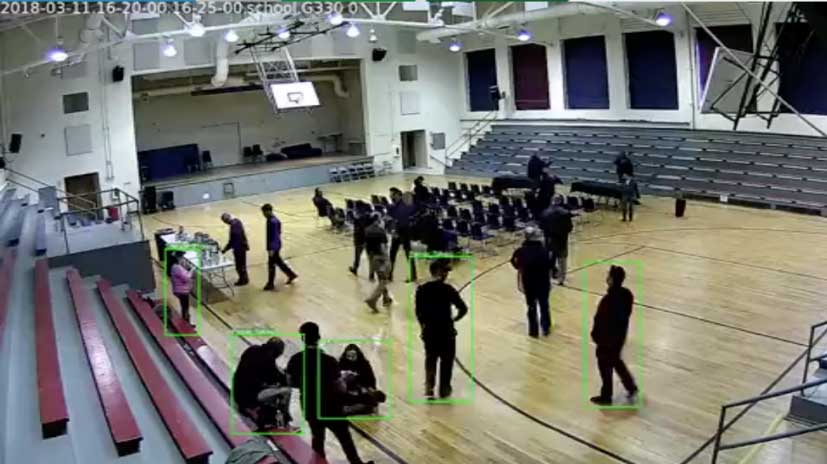 In addition to their performance in the challenges at CVPR 2020, OPPO Research Institute announced it had established a new Intelligent Perception and Interaction Department earlier this year, marking further exploration by OPPO into cutting-edge AI technologies. Its explicit aim is to vigorously promote research and development in the two core areas of intelligent perception and interaction. The department is bringing talent from many top tech firms and research institutes to support their ongoing efforts. It has also invited leading AI expert Eric Guo to serve as the Chief Intelligent Perception Scientist, who has hosted a workshop about drone detection and tracking materials at the CVPR conference.
Eric Guo used to work for Microsoft as a researcher and has conducted multiple industry leading researches over the years. His computer vision models are widely used in many industry solutions such as image search, knowledge graph, smart cloud, and smart mobility

OPPO has set up a team to explore the AI area since 2015, especially in domains of phonetics and semantics, as well as computer vision. As of March 2020, OPPO has filed more than 1,900 patent applications in AI area globally. It will give support to OPPO in the 5G and even 6G era by developing brand new devices and will provide a solid technical foundation for the coming era of intelligent connectivity.

To date, OPPO has built up a research team of more than 10,000 people, six research institutes and four R&D centers around the world. Additionally, OPPO founder and CEO Tony Chen said the company will invest RMB 50 billion (USD $7 billion) into R&D spending in the next 3 years to develop core technologies in hardware, software and system in addition to 5G, AI, AR, big data and other frontier technologies. Moving forward, OPPO is committed to continuously explore cutting-edge technologies to provide users with the next generation of innovative interaction methods and service experiences.

About OPPO
OPPO is a leading global smart device brand. Since the launch of its first mobile phone - “Smiley Face” - in 2008, OPPO has been in relentless pursuit of the perfect synergy of aesthetic satisfaction and innovative technology. Today, OPPO provides a wide range of smart devices spearheaded by the Find and Reno series. Beyond devices, OPPO provides its users with the ColorOS operating system and internet services like OPPO Cloud and OPPO+. OPPO operates in more than 40 countries and regions, with 6 Research Institutes and 4 R&D Centers worldwide, as well as an International Design Center in London. More than 40,000 of OPPO's employees are dedicated to creating a better life