The Foundations of Optimal User Experience: Putting OPPO Reno6 Series to the Test

● OPPO’s Quality Checks Guarantee Optimum Performance Across Continents
● An OPPO device reaches consumers after a journey of 150 tests – including stress, durability, performance and more
● Ahead of its launch, The Reno6 Series was Field Tested in more than 200 cities around the world – leveraging local support to deliver more efficient and reliable testing

Dubai, UAE, 29 September 2021 – It is incontrovertible that smartphone technology has become an essential part of life. At OPPO, ensuring that every device delivers an all-round, optimal user experience is at the heart of the global technology company’s philosophy. Stability and reliability are among the main factors that define whether a device passes the test – and OPPO takes no shortcuts when it comes to quality.

A cornerstone of its sustainable, long-term development, quality is at the forefront of the OPPO brand. In 2008, the company founded the OPPO QE Reliability Lab with the aim of maintaining high, standardized product quality across the board. From product development to mass production, the Lab is tasked with testing products against the strictest quality standards. An OPPO device reaches consumers after a journey of 150 tests – including stress, durability, performance and more.

OPPO’s new Reno6 Series was no exception. The hero Reno6 Pro 5G, Reno6 5G, and Reno6 Z 5G have undergone rigorous testing to deliver the most reliable experience you can expect.

Drop Test
Dropping smartphone is perhaps the most common accident consumers may encounter. To make sure Reno6 can survive most drops and falls, the Lab has tested the phone in a variety of simulated drop scenarios. From higher than industry standards 1-1.5m free-fall heights, to the considerable 28,000 times of microdrops that is more than the industry typically adopted, and even more rigorous test conditions like sandpaper or tumble machine, the final device is made sure to be resilient against most everyday drops.

Water Resistance
Dropping your phone on the ground is one thing but dropping it into water presents a whole new set of problems. The great news is, OPPO’s Reno6 Series smartphones have also undergone strict water and rainproof testing – and recorded a fail rate that is much lower than the industry average. 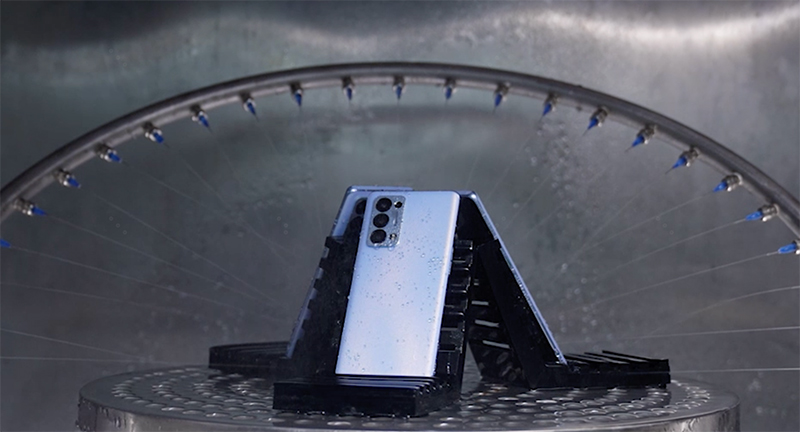 Environmental Adaptability
While humans possess high levels of adaptability to different climates, temperatures, and environments around the world, the same can’t always be assumed with technology. Ensuring that Reno6 Series devices would maintain consistently reliable no matter the environment, the phones were stored at specific temperatures and humidity levels for a set number of days, after which the phone is expected to function as normal.  In addition, Reno6 phones have undergone Sweat and Cosmetics Tests.

Not only did the phones pass the tests, but all functions were also preserved and components intact, with no signs of damage detected on the device’s surface.

Twisting and Pressing
Another common stress the smartphones usually encounter is physical pressure and torsion, as a result of keeping the phones in a pocket or bag along with other objects. OPPO conducted its Twisting Test by twisting Reno6 devices 1,000 times with a level of torque calculated based on the width and thickness of the phone, in addition to testing tolerance to weight load. After both the Press and Twist Tests, no functionality failures or structural damages were detected. 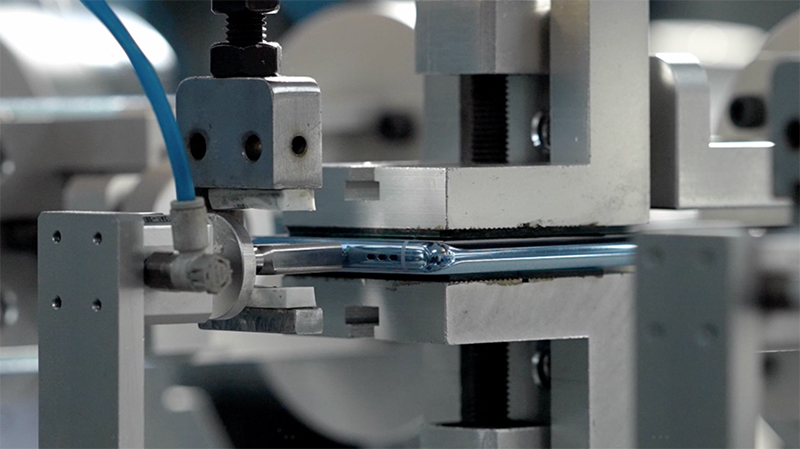 Durability and Button Clicks
To test the phone’s ability to withstand natural wear-and-tear, Reno6 Series smartphones’ physical buttons and connector inputs were tested using force by being pressed thousands of times – including the power, volume, and fingerprint to stimulate natural wear over a lifetime. For example, the power button was pressed 20,000 times, the volume button 100,00 times, and the fingerprint key 300,000 times, and the USB input was inserted 5,000 to 10,000 times using s 3kg force. All buttons remained structurally intact, functional and without physical damage.

Preparing for all eventualities with extreme testing

While external durability might be the primary concern for many users, at OPPO, internal operation is just as important in delivering enjoyable user experiences. The OPPO Communication Lab ensures network stability and the phones’ ability to provide a solid overall experience.

OTA Lab
Aside from 5G deployment standards, 5G frequency bands also differ in markets across the globe. To measure antenna performance in Reno6 devices and ensure optimal 5G reception regardless of the frequency being used, the OPPO OTA Lab conducted rigorous testing on the radiation efficiency of the phones’ antennas.

To enhance the smartphone’s mobile connectivity, the Reno6 Series features an antenna allocation algorithm and overall design which were tested until a solution was found to avoid the ‘death grip’ scenario, which weakens phone signal significantly when it is held a certain way.

EMC and Audio Tests
At the EMC Lab, OPPO tested the Reno6 Series against the strictest standards to ensure that other electromagnetic frequencies emitted will not impact device performance – including the level of radiation during charging.

In addition, Reno6 Series phones have also undergone acoustic testing, which is conducted at the OPPO Audio Test Lab. In the fully enclosed lab, indicators, and parameters from the three audio components – the speaker, audio receiver and microphone – are examined in different simulated environments.

OPPO’s belief in a human-centric approach ensures that user experience is at the heart of everything it does. The Reno6 Series has undergone Field Testing in more than 200 cities around the world – leveraging local support to deliver more efficient and precise testing.

As OPPO continues to challenge new heights of technology, it will do so in a way that places the utmost commitment to product quality and reliable user experience at the forefront.