OPPO has established a pre-research team to conduct preliminary research on 6G service and technology requirements, key technologies, and system features. The global smartphone leader believes that 6G will reshape the way people interact with AI, as it is utilised to serve the public through a myriad of applications.

In June 2021, UAE telecoms provider Etisalat announced plans for 6G – stating that the network is expected to be even faster and support applications such as augmented and virtual reality, as well as AI infrastructure. With technology that could usher in transmission speeds 100 times greater than 5G, along with near-zero latency, and connection densities as high as 10 million devices per square kilometre, the IoT, already a key part of 5G, becomes an important factor in economic growth.

OPPO is among the first brands in the region to lead the 6G journey and vision next to Etisalat, making it a reality with the 6G white paper, and reflecting the brand’s agenda that falls in-line with the UAE’s.

Tang added: "Looking towards 2035, OPPO expects the number of intelligent agents in the world to far exceed the number of humans. Therefore, the next generation of communication technology, 6G, should be able to serve the needs not only of people but of all forms of intelligence and their various interactions. With this end goal in mind, we have carried out the early technical research and system design."

According to a new industry report by IDTechEx, sixth generation mobile network technology will be a $1 trillion opportunity for telecoms and communications service providers (CSPs). The new report predicts that operators will launch their fledgling 6G networks in 2030, with the technology overlapping with its 5G predecessor for at least seven years, before 6G becomes the dominant network infrastructure of choice by 2037.

6G will fundamentally revolutionise how AI infers, learns, interacts, and is applied, solving many traditional problems faced in AI development, such as data silos and user privacy. To alleviate some of the current limitations of AI algorithms, the white paper proposes dividing AI resources into different domains. Arranged according to specific AI tasks, multiple nodes, and resources under the 6G network will form AI domains, providing optimal strategies for accurate AI model allocation, network resource scheduling, and data sharing. 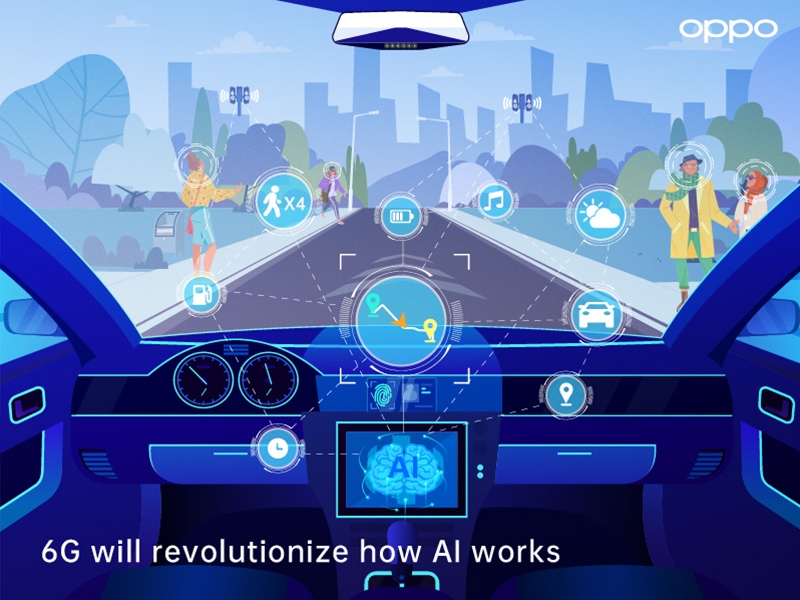 Currently, the limited computing power and storage capacity of smart devices make it difficult for them to employ large, generalised AI algorithms. Meanwhile, the specialised AI capable of running on these devices are unable to meet the large data demands of most users. Under 6G networks, however, the AI domain will be able to take on multiple roles such as that of a traditional base station, database, AI model repository, and application server.

Under the proposed network, 6G devices will be allocated to an AI domain based on the location and requirements of the device. This AI domain will then issue the most suitable AI algorithm and task needed to deliver the desired services, while providing the most optimal communication connection to carry out the relevant tasks. Unlike 4G and 5G networks, the AI used for inferring and decision-making in 6G networks will be organically integrated on both the device and network sides, with the device assuming a more important role.

OPPO will continue to conduct pre-research into 6G technology, which will assist in the formation of the world's 6G standards in the near future. As a key contributor to the popularisation of 5G, OPPO will also continue to work with its partners to promote the large-scale commercialisation of 5G, leading the development of the Internet of Experience through the evolution of communications technology to bring its benefits to all.