●    Participant registration opens on 25th October 2021 until 7th November 2021 with cash prizes and OPPO smartphones to be won
●    As the official smartphone partner of PUBG MOBILE Esports in the Middle East and Africa in 2021, OPPO will play an active part in the company’s Esports championships that will run throughout the year

Dubai, UAE, 26 October 2021 – Global technology brand, OPPO announced the launch of the biggest PUBG MOBILE championship for game fans across the gulf countries: Reno6 PUBG Mobile Cup. The gaming community will come together to compete for the title of number one player in the region as well as to win massive prize pools and OPPO’s latest handsets. 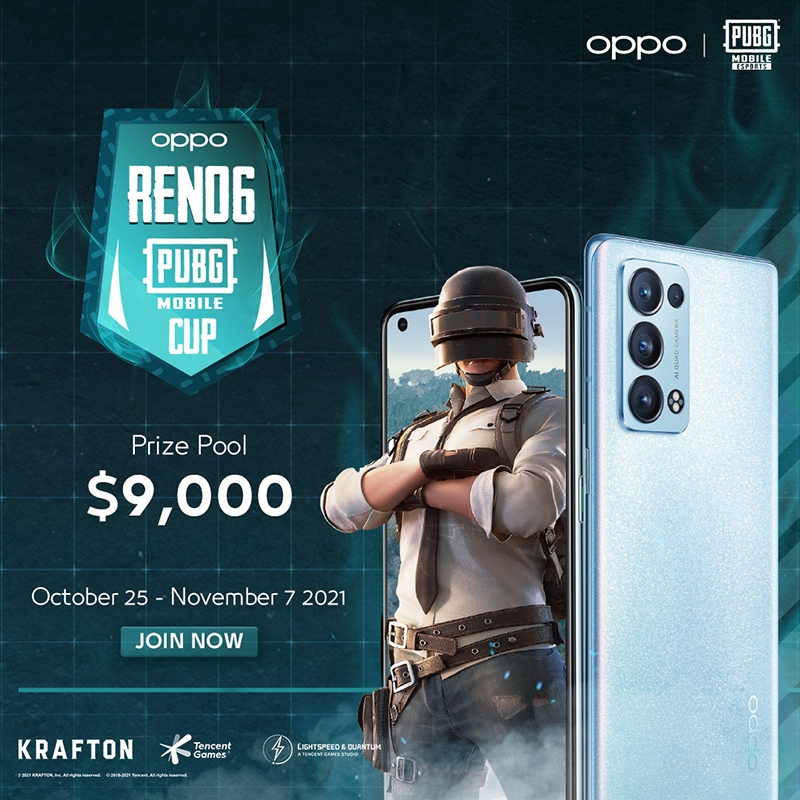 Game enthusiasts from UAE, Bahrain, Kuwait, Oman, Qatar are invited to register their participation 25th October until 7th November to claim their spot and compete in the country qualifiers before moving to the country finals and then the ultimate grand final on November 24th, 2021.

The Reno6 PUBG Mobile Cup aims to bring to life the excitement of the championship with mobile game fans across the region and celebrate the newly launched Reno6 Pro 5G, the official designated smartphones for PUBG MOBILE Middle East and Africa Esports 2021. To celebrate the occasion, OPPO has launched a new PUBG MOBILE themed desktop in OPPO Theme Store, intended at sharing the joy with OPPO customers and gaming enthusiasts.

Ethan Xue, President of OPPO Middle East and Africa said, “We are excited to announce the launch of the eagerly anticipated Reno6 PUBG Mobile Cup to fans across the region. Over the past several years we have witnessed mobile gaming gradually evolve into a hybrid way to socialize with friends and OPPO has used this period to focus on enhancing our users’ passion. A growing number of people play for fun, entertainment and relaxation as well as reliving the adventure through social sharing. Armed with the unparalleled game setup on the Reno6 Pro 5G, co-optimized performance with PUBG MOBILE, fans are always equipped to enjoy the ultimate gaming experience, effortlessly.”

As the official smartphone partner of PUBG MOBILE Esports in the MEA region 2021, OPPO has been supporting the game superfans across the region with a host of activations and initiatives, actively engaging with users on the ground. In addition to exclusive game props and themed desktop to boost the dynamic vibes of game enthusiasts, earlier this year in earlier this year in Egypt and Iraq, OPPO also launched a PUBG MOBILE-themed local championship ‘Reno Cup’ with more than 15,000 attendees enjoyed with magic of joy brought by mobile gaming.