OPPO partners with Mineski Philippines, Globe Telecom, and Riot Games Southeast Asia to kick off waves of eSports Tournaments in 2021

“We are grateful and thrilled for the partnership that we have forged with Mineski. Through this collaboration, we promise to support the growing local esports industry by offering OPPO’s entire ecosystem of products that are not only known as entertainment powerhouse, but also the next best gaming tools for the everyday Filipino gamers”, shares Tiffany Uy, OPPO Philippines Public Relations Manager.

With this partnership, OPPO, as the official smartphone brand partner, pledges support by providing the best and the latest smartphones to the players for them to experience the ultimate mobile gaming in full speed while keeping an enjoyable competition. Whereas, Mineski Philippines seeks to build and sustain the momentum of the growing esports and gaming industry in the Philippines through Riot’s biggest titles.

“Mineski has been an advocate of the local esports community for years. As we roll out these exciting tournaments through our partnership with Riot Games Southeast Asia and in collaboration with Globe Telecom and OPPO, we look forward to delivering truly exciting experiences and to discovering the next big names in gaming,” shared Mineski Philippines country manager Mark Navarro, stressing Mineski’s ongoing mission to create opportunities for Filipino gamers to thrive.

Mineski Philippines will operate the official national tournaments through the Philippine Pro Gaming League (PPGL). These tournaments will qualify the best teams to represent the country in Southeast Asian tournaments and, hopefully, the world championship.

Mineski holds the official licenses to hold esports tournaments for VALORANT and League of Legends: Wild Rift. Tournaments for both games will be held throughout the year, featuring a format that would allow the best teams in the country to compete against top gamers in Southeast Asia, and possibly, the world.

The tournaments will be done through the Philippine Pro Gaming League, co-presented by Globe Telecom. 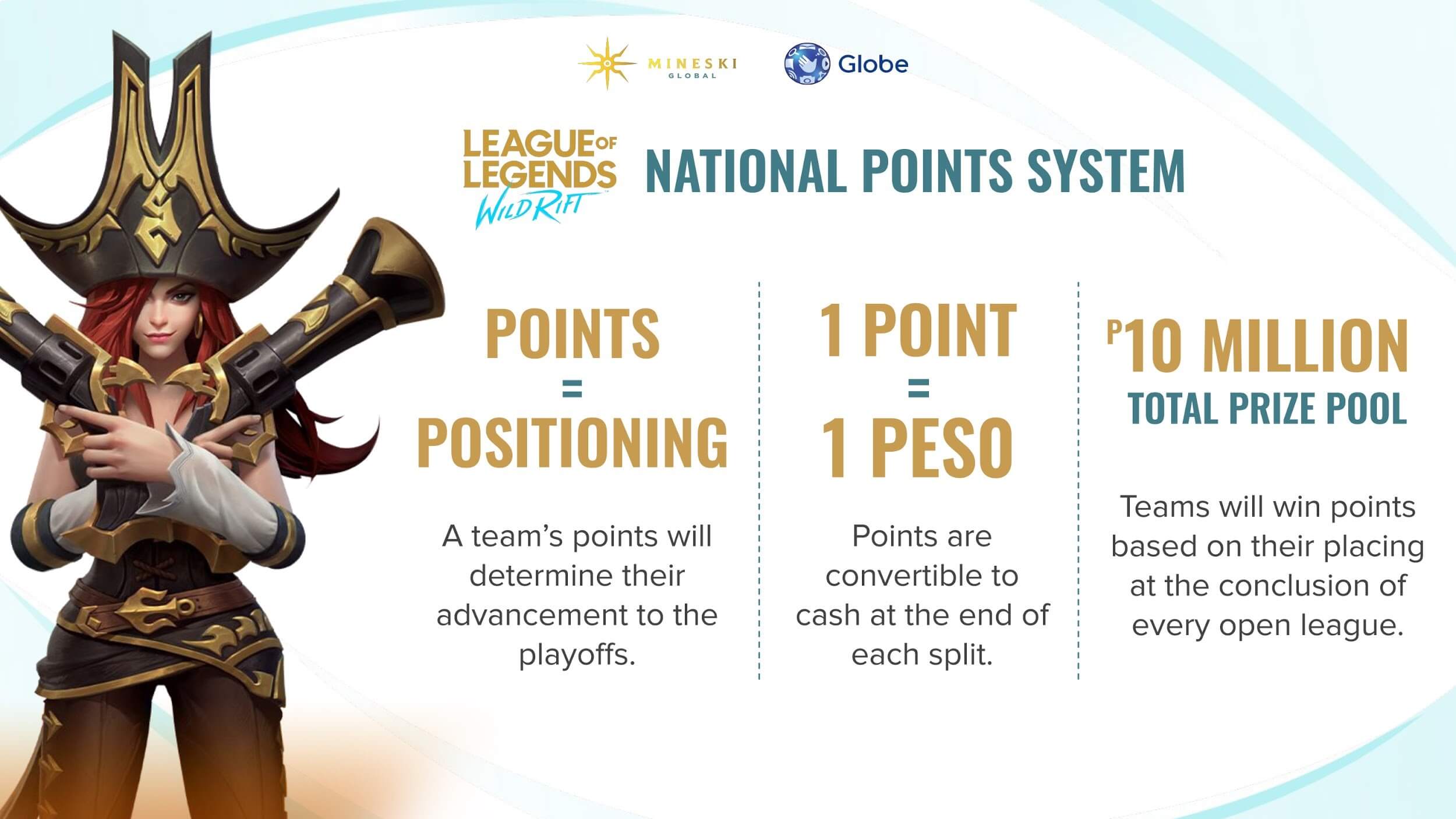 Moreover, with the adoption of a points system for Wild Rift, this will be the first time that a points system will be implemented for a mobile game. Dubbed as the “Wild Rift Points System by Globe,” this innovation will govern the total cash prize that the best performing teams in the national tournament will receive. The total prize pool amounts to Php10,000,000 and the points will also determine how a team can further advance into the Philippine Playoffs.

Spectators and gamers alike can look forward to the pre-season Wild Rift Icon series on March 20-21, 2021. The first pre-season tournament in the Philippines for Riot Games’ mobile MOBA promises an exciting series of matches that pits eight professional esports teams against each other, including Globe Telecom’s esports team Liyab.

All updates for registrations and broadcasts will be posted on the official PPGL Facebook page.

For more information on this partnership for the 2021 esports tournaments, visit www.oppo.com/ph or via its official Facebook page at OPPO Philippines for more details.