OPPO hosts tournament to mark its partnership with PUBG 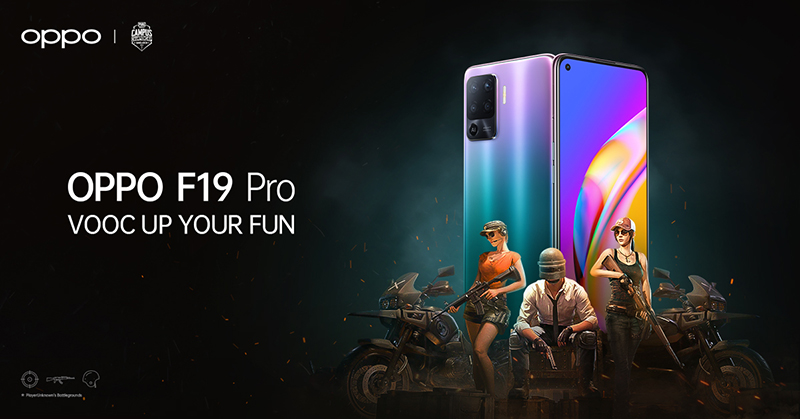 Commenting on the event, OPPO Sri Lanka Chief Executive Officer Bob Li said: “We are thrilled to have partnered with PUBG, which is an extremely popular game globally as well as among the e-sports fraternity of Sri Lanka. The recently launched F19 Pro was also a highlight of the event.”

The F19 Pro is optimised to deliver a superior gaming experience to the user. The phone comes with a 4310 mAh battery coupled with 30W VOOC Flash Charge 4.0 that facilitates charging at lightning speed to keep you powered up at all times. The phone only takes 56 minutes to charge fully and a full charge lasts 1.5 days on average.

The Game Focus Mode on F19 Pro blocks all notifications during a game, including calls, gestures and on-screen volume prompt. The Game Floating Widow feature allows user to minimise the game window without exiting while Bullet Screen Message is a convenient middle ground for mobile gamers who can’t afford to completely cut off alerts; messages from supported apps, including WhatsApp, Messenger and SMS, will scroll across the screen without popping up and interrupting the gameplay.

The F19 Pro has several cutting-edge features, such as the capability to capture videos from more than one perspective aka Dual-View Video that allows shooting footage from the front and back cameras simultaneously, and AI Color Portrait that enhances colours and details in pictures. It can intelligently distinguish the subject from the background and enhance the subject while applying a monochrome/monotone background.

Endorsed by a host of celebrities and online personalities, such as Umaria Sinhawamsa, tech vlogger Chanux Bro, fitness guru Zuri, and actor/singer Gayan Gunawardena, the sleek new F19 Pro is available at all OPPO outlets islandwide as well as Abans, Sinhagiri and Dialog showrooms. F19 Pro can also be purchased online via Daraz (daraz.lk) or Abans (buyabans.com)