Pixie Lott aces the shot before The Championships, Wimbledon 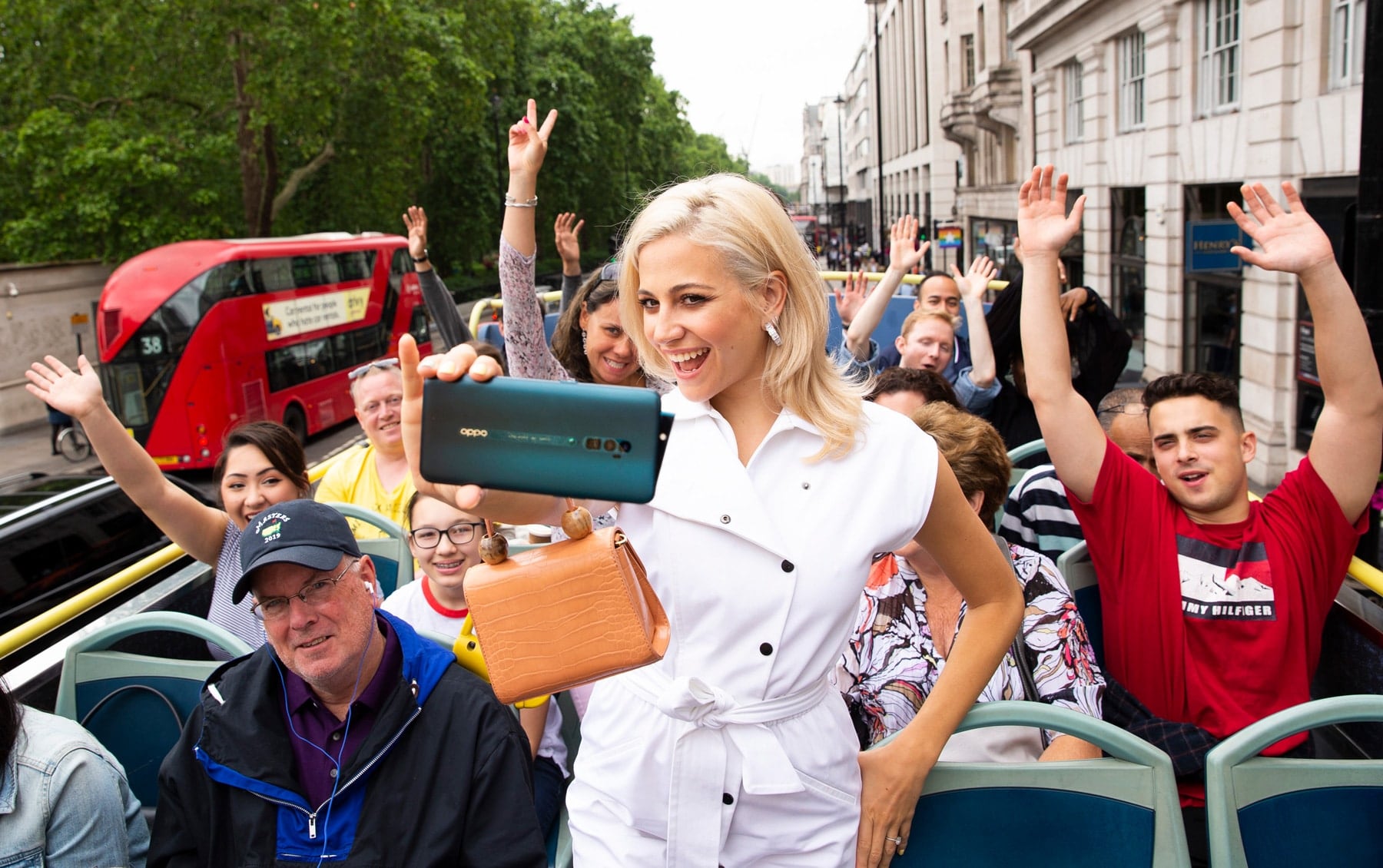 Wednesday 26th June: British singer, songwriter and actress Pixie Lott was spotted enjoying a day out in London on board a London tourist bus ahead of The Championships, Wimbledon.

Pixie posed alongside London’s tourists taking selfies against some of London’s most iconic landmarks trying to #AceTheShot using the OPPO Reno 5G with a 10 x Hybrid zoom camera.

London is home to some of the world’s most iconic landmarks, including SW19’s All England Lawn Tennis Club. Pixie surprised lucky tourists onboard the OPPO bus with tickets to The Championships, Wimbledon, as well as the all-new OPPO Reno 5G. The tourists were also kitted out with Wimbledon merchandise to really bring the tournament to life. 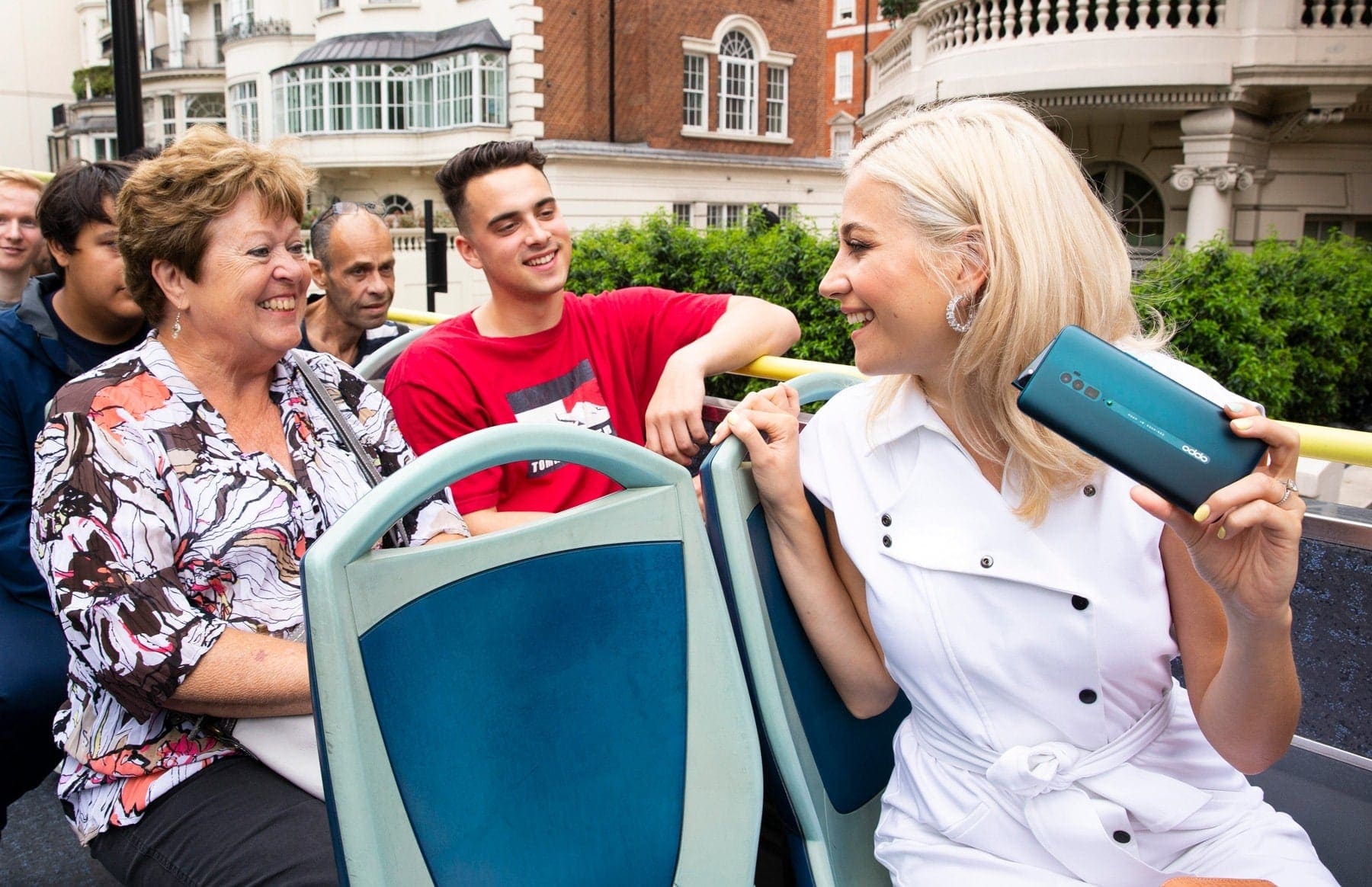 Pixie Lott, who is currently a judge on The Voice Kids, said: “I had great fun being a London tourist for the morning. Living here, you often take it for granted and don’t make time to see the sights! I’m sure lots of people will be taking pictures of the OPPO bus for a chance of winning tickets to Wimbledon.”

Lott added: “I’m really looking forward to The Championships, it’s one of my favourite events of the year. It’s so quintessentially British and it’s fantastic that OPPO are giving tourists and commuters the chance to experience it for themselves.” 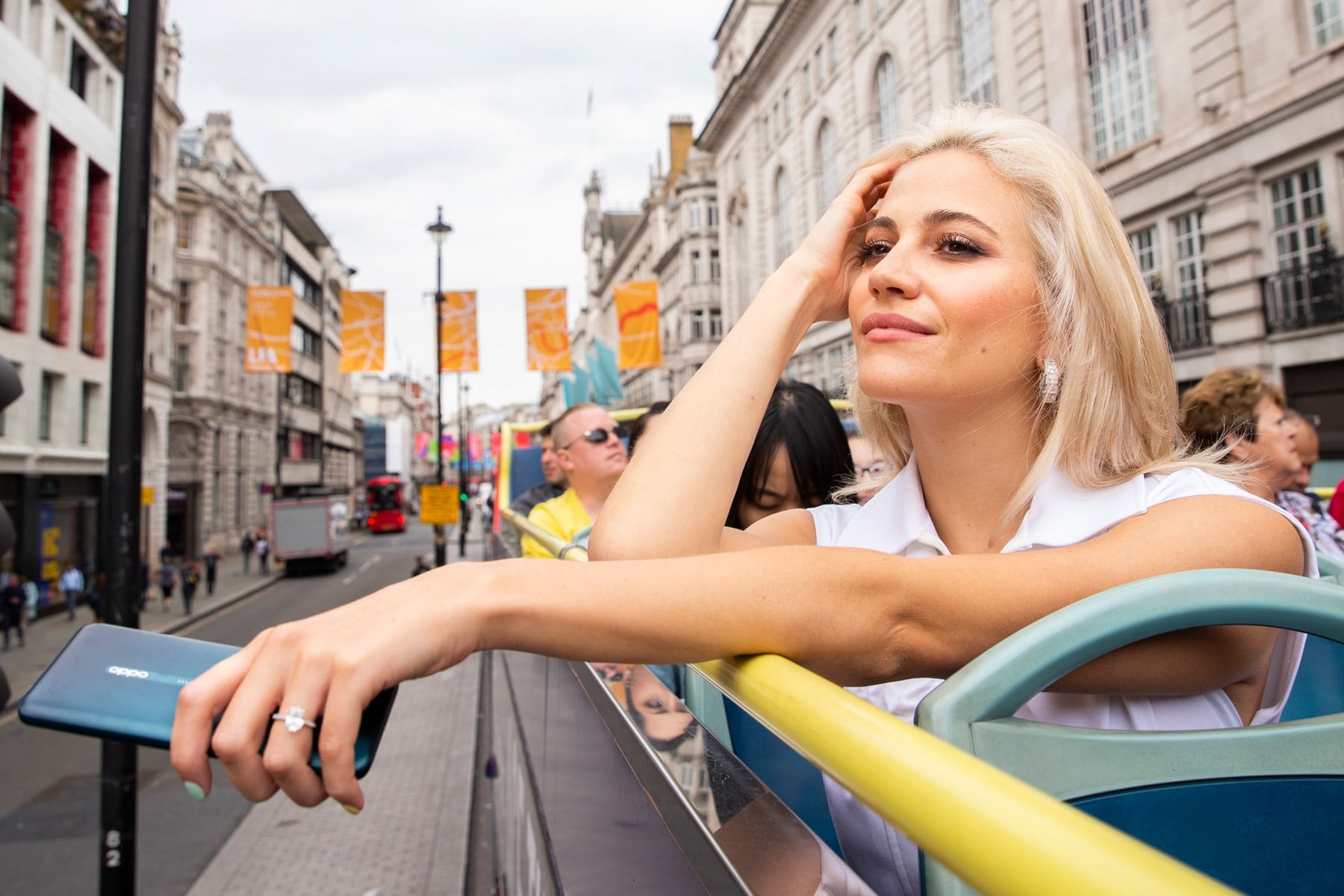 Brian Shen, Vice President, OPPO, said: “We are thrilled that Pixie Lott was with us today to launch the #AceTheShot competition. Wimbledon provides a fantastic creative backdrop for amateur and professional photographers and we are thrilled to be able to bring a new perspective on the iconic tournament in our first year as Official Smartphone Partner to The Championships, Wimbledon.”

At the surprise event, Pixie Lott launched the OPPO’s #AceTheShot photography competition. Tennis fans and commuters alike are challenged to photograph the OPPO bus and share their pictures on social with the #AceTheShot hashtag for a chance of winning tickets to the prestigious event.

OPPO, Chinese smartphone brand, have partnered with the All England Lawn Tennis Club (AELTC) and are the first Asian partner and the first smartphone partner for the tournament. Through this ground-breaking partnership, OPPO aim to give fans a “new perspective” recruiting Official Wimbledon photographer to capture the event on the OPPO Reno 5G, another first for the tournament. 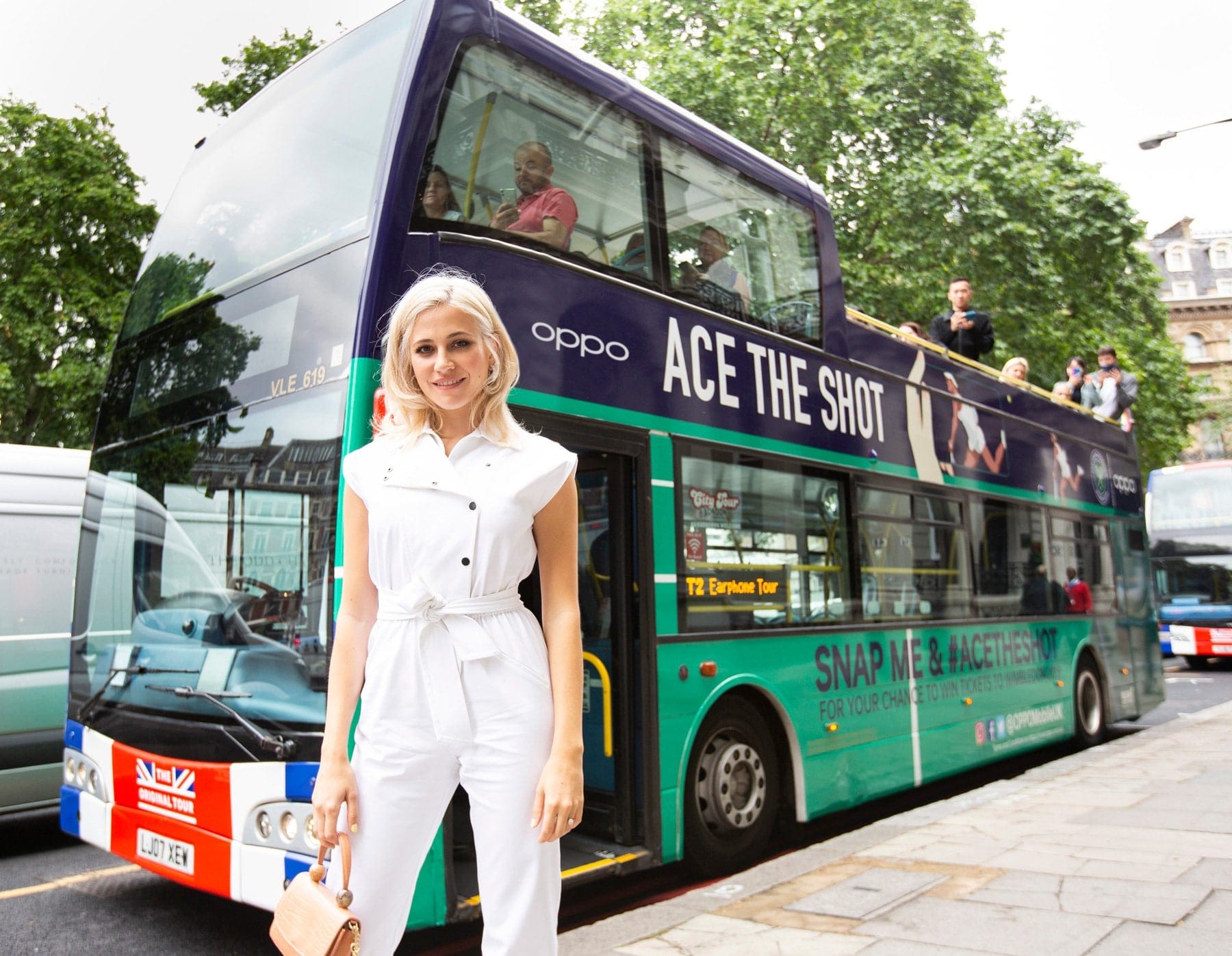 About OPPO
OPPO is a leading global smart device brand. Since launching its first smartphone - “Smiley Face” - in 2008, OPPO has been in relentless pursuit of the synergy of aesthetic satisfaction and innovative technology. Today, OPPO provides customers with a wide range of smart devices spearheaded by the Find and R series, ColorOS operating system, as well as internet services such as OPPO Cloud and OPPO+. OPPO operates in more than 40 countries and regions, with 6 research institutes and 4 R&D centres worldwide and an international design centre in London. OPPO’s more than 40,000 employees are dedicated to creating a better life for customers around the world.