【Barcelona, May 31, 2015】After a 3-1 win over Athletic Bilbao in the Copa del Rey final on May 30 (Spain local time), FC Barcelona have announced their partnership with smartphone brand OPPO. Starting from the new season this year, OPPO will be collaborating with FC Barcelona as their official partner for the mobile phone category.

FC Barcelona Chief Executive Officer Ignacio Mestre expressed his enthusiasm for the partnership, stating “OPPO is a global leading smartphone brand known for its exquisite product design and state-of-the-art camera technologies. We are more than happy to welcome OPPO to our family and hope this partnership can bring us closer to our supporters all over the world.” According to Tony Chen, CEO of OPPO, the company chose FC Barcelona not only because of their status as a global iconic football club, but also because they represent the art of football. The partnership with FC Barcelona will be an important step in OPPO's global marketing strategy.

Teaming with OPPO is both unexpected yet balanced for FC Barcelona, who always implements strict criteria when selecting partners. FC Barcelona is known for playing football as a fine art, supported by superb skills and excellent teamwork of their players, making every match a feast for the eyes. This is very much in line with OPPO's pursuit of perfection and artistry of their products by combining inspired design and sophisticated manufacturing. Another point which unites FC Barcelona and OPPO is their shared ability to lead trends. From the Dream Team I in the Cruyff era to four-time Champions League winners, FC Barcelona have always been at the forefront of football.

In the case of OPPO, over the ten years since their inception, they have introduced a stunning range of awesome products, from eye-opening MP3 devices to world-renowned Blu-ray players. Creating the then world's thinnest phone ‘Finder’, the globe's first motorized rotating camera phone the ‘N3’, and the planet's fastest rapid-charging technology VOOC, OPPO has never failed to impress and delight. The two partners each with an army of fans also have much in common in repaying their audience in a similar fan culture. 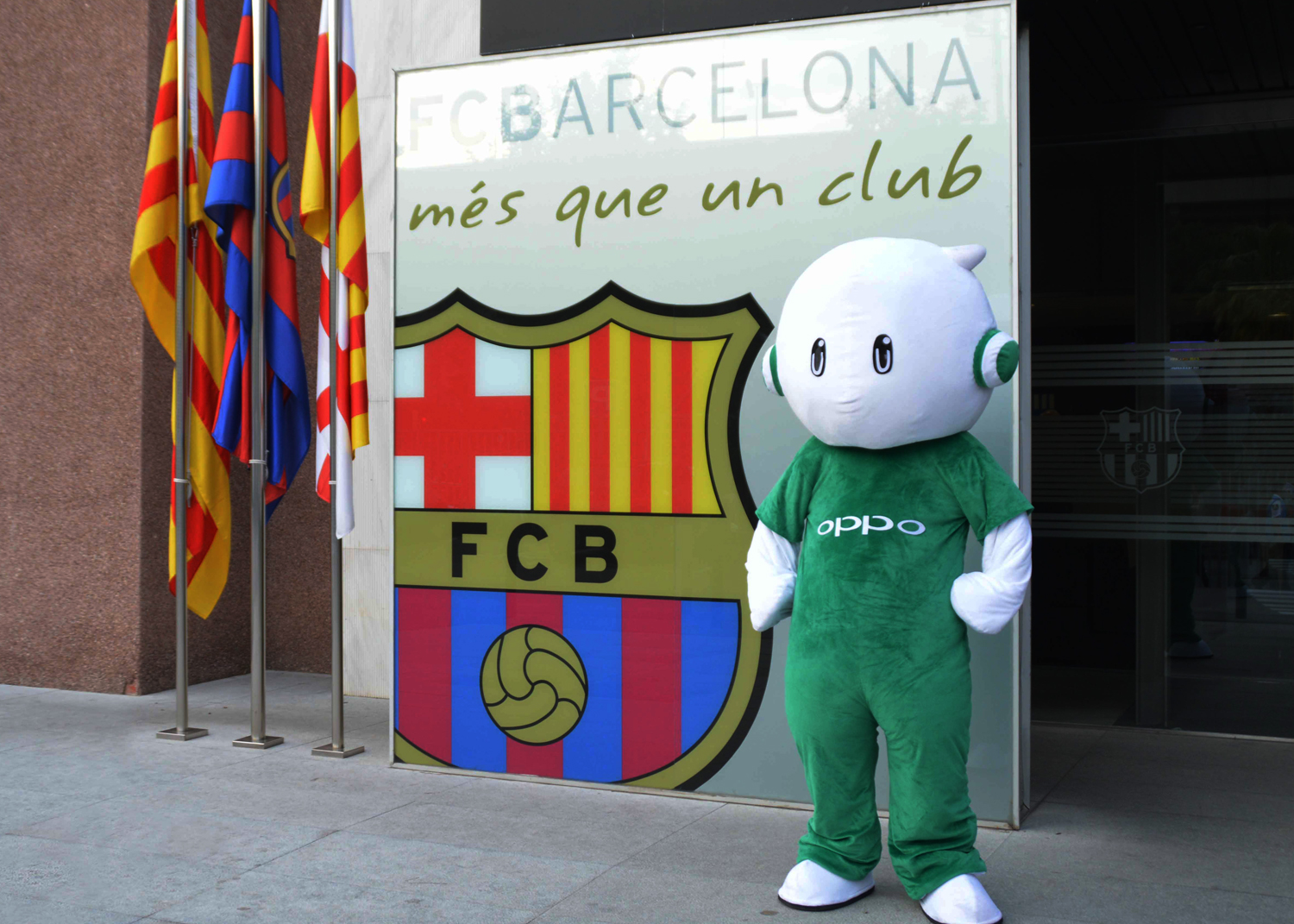 Ollie, the mascot of OPPO, stands alongside the FC Barcelona club

Though details of the partnership are not disclosed, it is certain that they will cooperate in extensive fields including football events, fan activities, TV advertising, and accessories. FC Barcelona fans will be able to see OPPO's presence in the club's matches from the new season this year. In one week, FC Barcelona who have two consecutive championship winner titles to their name, will kick off the last push towards the Champions League final, entertaining the keen anticipation of their fans worldwide.