The rise of global smartphone brand OPPO has remained under the international radar for much of the company’s 10-year history. However, all is set to change for the emerging mobile phone powerhouse thanks to a new three-year partnership with FC Barcelona, which is sure to increase public awareness and interest and cement OPPO’s status as a true global player. 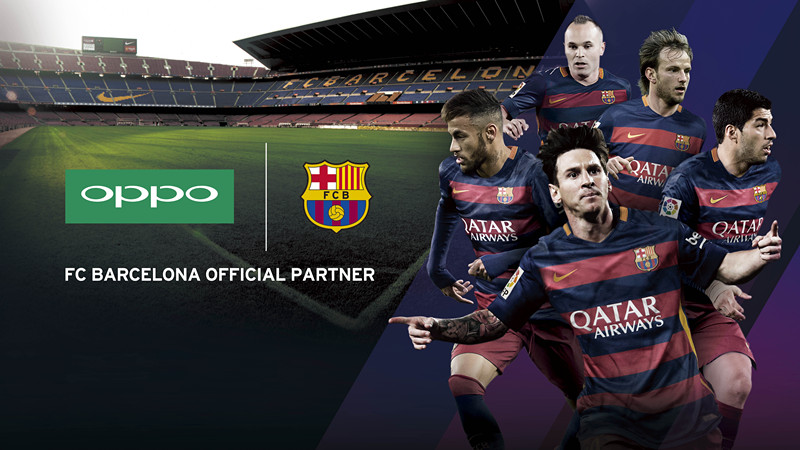 The partnership, announced on May 31st, will see OPPO serve as Barcelona’s official partner for the mobile phone device category starting from the current season until 2018. The agreement covers a wide range of activities including soccer events, fan activities, TV advertisements and accessories. OPPO’s logo will also be prominently displayed at the Spanish football club’s home stadium, Camp Nou.

With Barcelona’s position as one of the world’s most recognized sports teams, this groundbreaking partnership is set to bring OPPO closer to the legions of fans that follow every move of the football club and its star players such as Lionel Messi and Neymar. Barcelona is the first sports team to amass more than 85 million fans on Facebook, with many of them in countries as diverse as Indonesia, Egypt, Brazil, and Mexico.

FC Barcelona Chief Executive Officer Ignacio Mestre expressed his enthusiasm for the collaboration, saying, "We are thrilled to team up with OPPO and hope that the partnership will excite fans around the world. As a global leading smartphone brand that values artistry of design and innovation in technology, OPPO is more than at home in Barcelona.”

This deal with Barcelona comes as the smartphone maker charges forward with a new global expansion strategy that was put in place in 2014, as an integral part of OPPO’s mid to long-term growth strategy. As of April 2015, the brand has been registered in 116 countries worldwide.

“OPPO has been focusing heavily on overseas expansion in recent years,” says OPPO CEO Tony Chen. “From the very beginning, we have positioned ourselves as a global company and our dynamic expansion strategy fully demonstrates this commitment.”

Founded in 2004, OPPO started its business journey as a global electronics and technology service provider by manufacturing high-quality MP3 and MP4 devices before adding Blu-ray DVD players to its line-up of products, the latter of which continues to do well in the US market. It started its foray into the mobile phone market in 2008 and made its first step overseas the following year, outpacing many of its rivals in terms of global outlook.

In 2009, OPPO entered its first overseas market, Thailand, with lively campaigns and creative marketing strategies. Today, it is a top smartphone brand in the country. OPPO smartphones are currently available in over 20 global markets as well as being sold online in an additional 50 countries via 3rd party online store OPPOstyle.com. 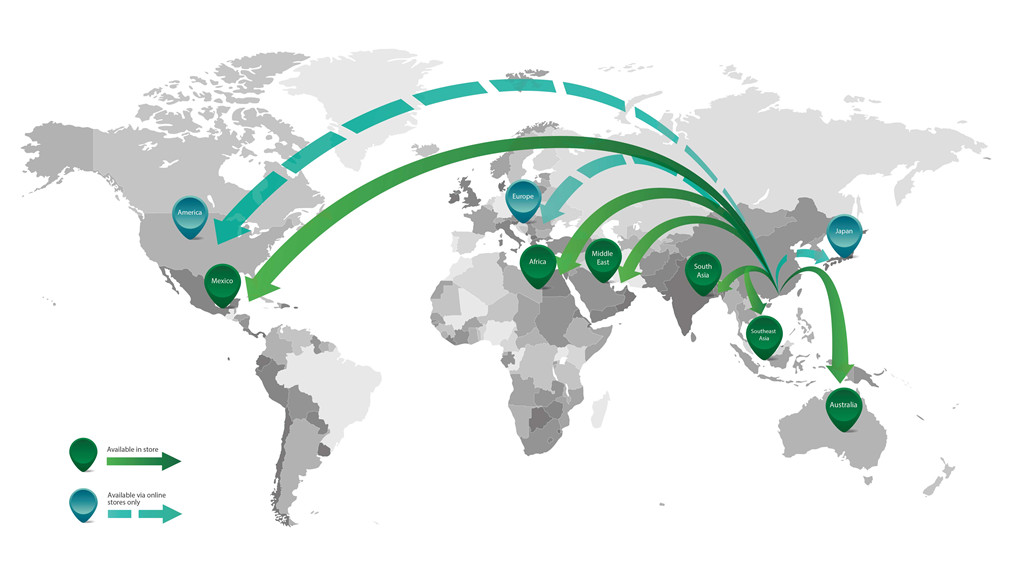 OPPO made a big splash in 2011 when it enlisted Hollywood superstar Leonardo DiCaprio to star in the commercials for its Find smartphone series. In 2014, the company took part in a co-branding campaign with the action movie Transformers 4 for its promotional tour in Thailand, Indonesia, and Vietnam. This was followed up in the following year by a similar agreement in 10 countries with the blockbuster film The Fast and the Furious 7. This year, has seen OPPO make huge advances into the fashion industry; participating in 2015’s New York Fashion Week, with another major global fashion event this summer.

Thanks to its highly successful global marketing strategy that has put cross-brand partnerships and entertainment, fashion, and sports campaigns at the forefront, OPPO has seen its profile rise significantly, especially in Southeast Asia and South Asia. In 2014, the smartphone brand achieved registered market shares of 10% in Indonesia, 11% in Vietnam, and 12% in Malaysia, and has even established its first overseas assembly plant in Indonesia to service booming demand in the region. A second assembly plant is set to follow in India this year, as OPPO remains on target to ramp up its sales in the country to match that of the China market within the next five years.

In another recent global development, this July, saw OPPO enter into a partnership with leading Australian technology retailer Dick Smith to bring the full range of OPPO handsets to its 400+ outlets across the country.

With a series of diverse and worldwide partnerships in full swing, OPPO is well on track in its quest to establishing itself as a true global brand.