Dubai, October 18th, 2015 – The ever-evolving smartphone brand OPPO premiered the newest member of the R7 series, the R7s, at GITEX 2015 in Dubai today. Apart from its impressive 4GB RAM, the R7s inherits the metal unibody design of the R7 series, and is equipped with an ultra-large 3070 mAh battery, an expansive 5.5-inch AMOLED 2.5D screen, and 32GB of expandable storage. By unveiling the R7s at GITEX, OPPO aims to improve its brand influence as well as market share in the MENA region, with the United Arab Emirates as a hub. 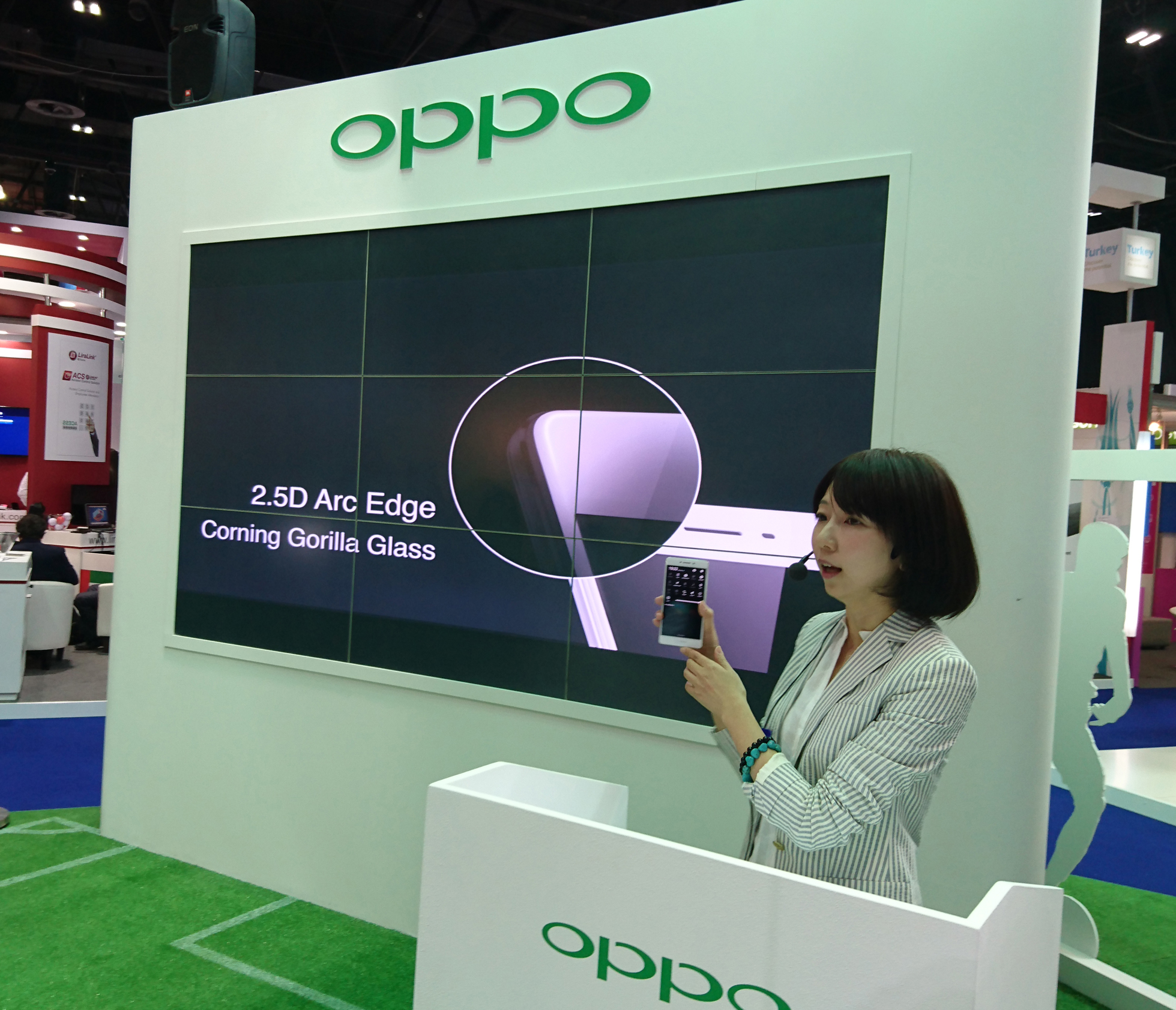 Style in a Flash: R7s combines function and design like never before

The OPPO R7s boasts flash-speed performance with 4GB RAM, 32GB ROM, and an 8-core Qualcomm Snapdragon 615 processor. Users can look forward to lightning-fast downloads of games and programs and smooth multitasking performance to match. The R7s’dual-sim card slot also supports expandable memory up to an additional 128 GB, allowing users to take more of their favorite media with them wherever they go.

OPPO’s in-house ColorOS 2.1, which is based on Android 5.1, has been thoroughly upgraded. It now has a faster boot-up and is optimized for power saving, meanwhile providing a more elegant and intuitive interface, smoother operation, a better image experience, and richer mobile internet services.

The ultra extra-large battery boasts 3070 mAh of capacity, and comes paired with VOOC Flash Charge technology, which gives 2 hours of talk time with just 5 minutes of charging. With VOOC Flash Charge, the R7s can charge up to 90% in only 50 minutes.

To test battery life, OPPO uses a mechanical arm to simulate real-world use of the phone. The arm mimics human actions, doing everything from going online, to taking pictures and talking on the phone. The tests clocked the R7s battery at 13 hours and 15 minutes, long enough to use the phone continuously from morning until night.

Like other R7 series devices, the R7s camera uses Flash Shot technology, a triple-threat feature that assures fast launch, fast focus and stable imaging.  Flash Shot’s Phase Detection Auto Focus (PDAF) is equal to that of an SLR camera, delivering an auto focus time of as little as 0.1 seconds. Meanwhile, the camera opens 30% faster than before, and a smart anti-shake optimization algorithm for both the rear-facing 13-megapixel and front-facing 8-megapixel cameras enables users to capture clear, beautiful pictures even in fast-paced situations.

The lightning-quick functionality of the camera is paired with OPPO’s PureImage 2.0 platform, providing a versatile range of plug-ins to please everyone from the aspiring photographer to the selfie fanatic.

Released as part of ColorOS 2.1 in May 2015, the ground breaking Screen Flash feature uses a burst of light from the display to brighten the faces of selfie snapper seven in low light. Together with the Beautify 3.0 plug-in, Screen Flash ensures that selfies taken with the R7s will always be stunning.

With elegant curves, air-craft grade metal unibody and a 2.5D arc-edge glass screen, the R7s is as much a pleasure to hold as it is to look at. The generous 5.5-inch AMOLED screen, though its lines are attractively mellow, is backed up with the strength of 4th-generation Corning Gorilla Glass. And the magnesium-aluminum alloy metal unibody gives the phone a sturdy feeling, paired with a shape that conforms naturally and comfortably to the palm. 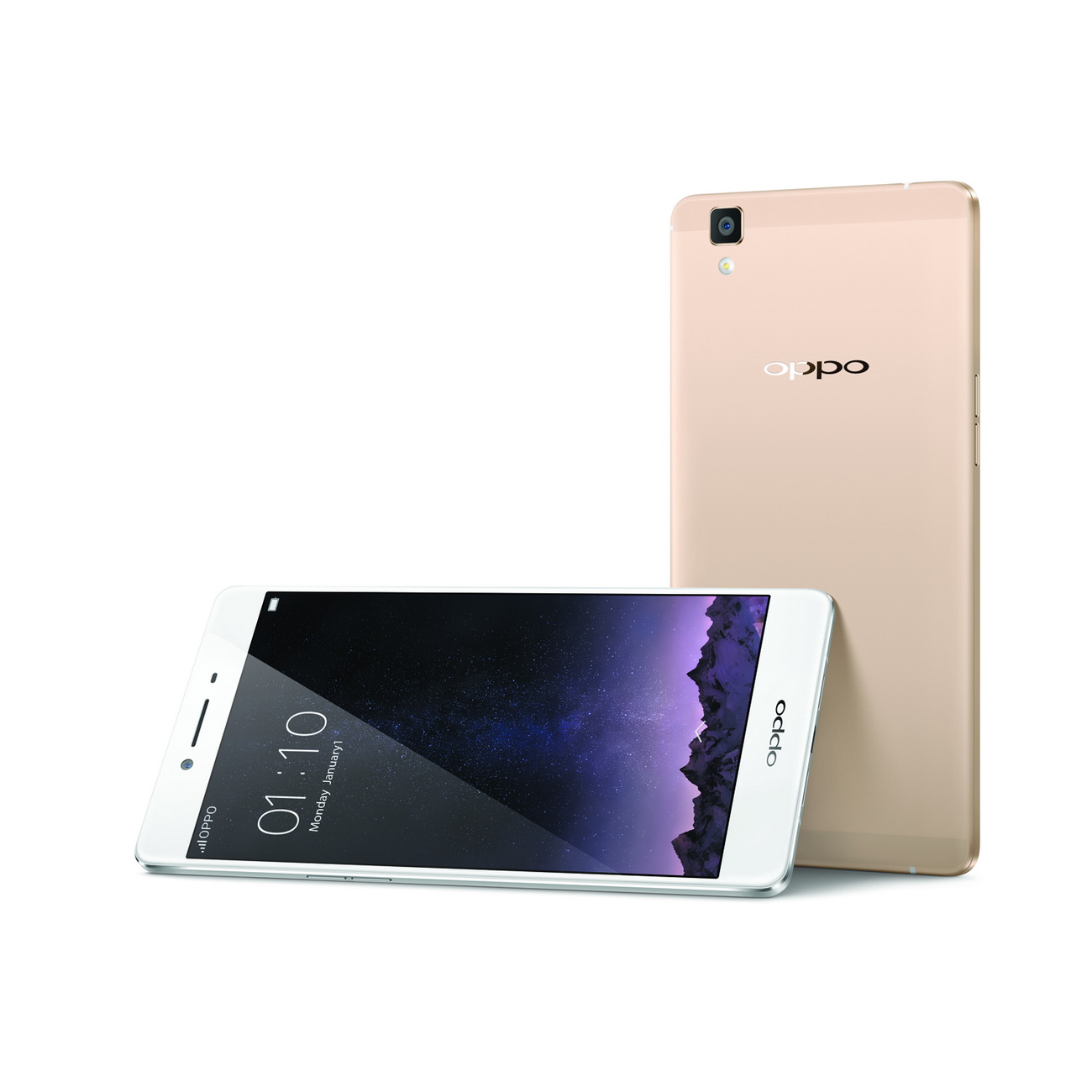 The R7s with lock screen

Starting in November, the R7s will be sold in ten different countries and regions, including Singapore, Australia, Taiwan, Vietnam, Indonesia, Malaysia and Thailand, as well as MENA regions. Consumers in Europe and the USA can purchase the R7s on the OPPO style website soon after that in December.