FC Barcelona dominates the Champions League, OPPO witnesses the "Return of the King"

On the night of June 6 (Berlin time), the 2014-2015 season Champions League final was held as scheduled, at Olympiastadion Berlin. FC Barcelona from La Liga and Serie A’s Juventus met each other to battle for the first time in the Champions League final. Headed by the strong attack force from MSN (Messi, Suarez and Neymar), FC Barcelona triumphed over Juventus with a 3:1 victory. Representing the fifth Champions League trophy for FC Barcelona and another "Triple Crown" after their 2008-2009 season, this win marks the return of the king. Their recently announced official partner, OPPO, was alongside fans, supporting them throughout and witnessing the art of football.

Although it’s a pity fans did not get to see FC Barcelona and Real Madrid CF, the two top teams from La Liga, meet in the Champions League final as expected, FC Barcelona’s win is all we really needed. The fans from the global smartphone brand OPPO also cheered on the pitch as they stood by Barcelona on this monumental night. Starting from next season, they will watch the art of football from FC Barcelona, alongside football fans from around the globe.

Straight after their success at the Copa del Rey final, Barcelona officially announced breaking news on their global website that smart phone brand OPPO has become FC Barcelona’s official partner. The cooperation will be starting from the new season this year and going forward into the future. Barcelona has always placed strict criteria on their partners; this new collaboration with OPPO is based on the mutual pursuit of perfection and lead trending ability between the two sides. 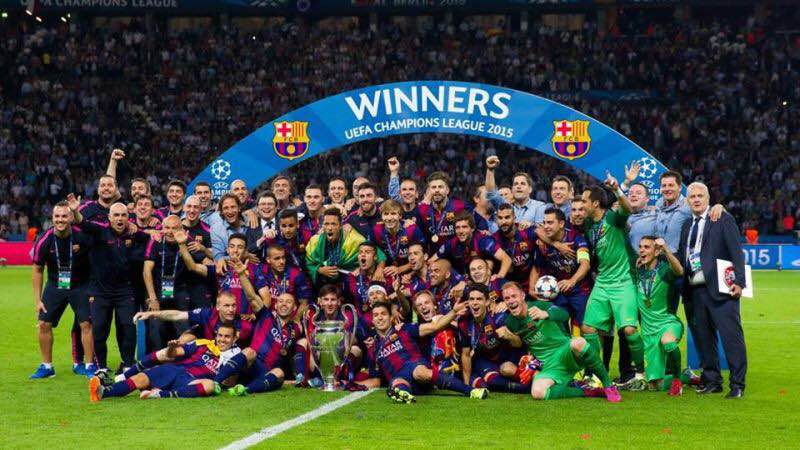 Throughout this Champions League, OPPO has followed Barcelona intently, paying great attention to their performance, not only as a partner, but as loyal fans of the team. Barcelona has illustrated an outstanding performance and we have now witnessed the return of the king. For the next three years, the two sides, OPPO and FC Barcelona, will be collaborating together with fan activities, TV advertising, co-branded products, and other areas of cooperation. Next season will truly be worth the wait.