Barcelona, Feb.24, 2016—After the successful release of 2016 OPPO Breakthrough Tech Event at MWC, President of FC Barcelona Mr. Josep M. Bartomeu i Floreta and the Vice President Mr. Manel Arroyo i Perez, along with CRO, Mr. Francesco Calvo and Managing Director of APAC Mr. Xavier Asensi visited OPPO booth and had a warm and friendly meeting with Sky Li, Vice President of OPPO and Managing Director of International Mobile Business in the morning. 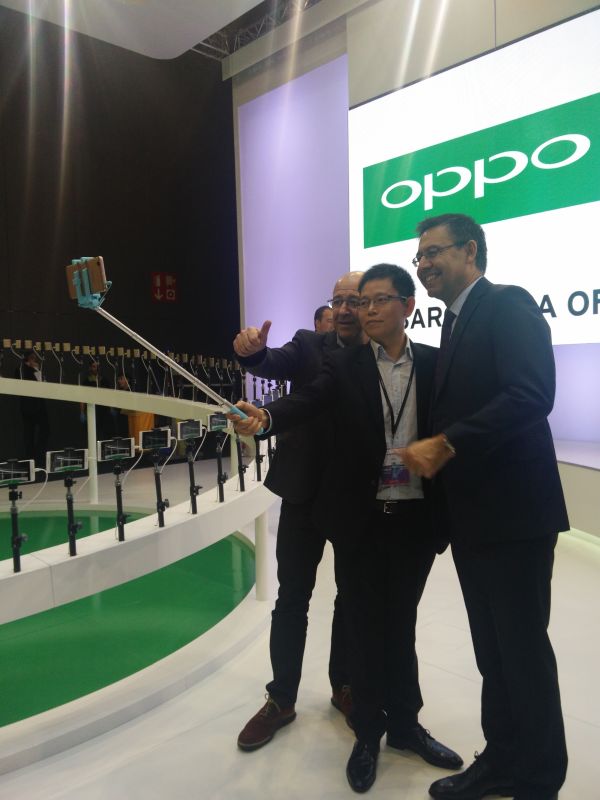 During the visiting, OPPO colleagues explained the new technologies to our guests about the SmartSensor Image Stabilization and the Super VOOC Flash Charge. President Mr. Bartomeu and Vice President Mr. Manel Arroyo showed great faith in the new technologies’ apply to the new products in the future. Also being interested in OPPO Camera Phone, two presidents just took a selfie with Sky Li. The partnership, announced on May 31st in 2015, has seen OPPO serve as Barcelona’s official partner for the mobile phone device category until 2018. Just as FC Barcelona Chief Executive Officer lgnacio Mestre expressed before, “As a global leading smartphone brand that values artistry of design and innovation in technology, OPPO is more than at home in Barcelona.”