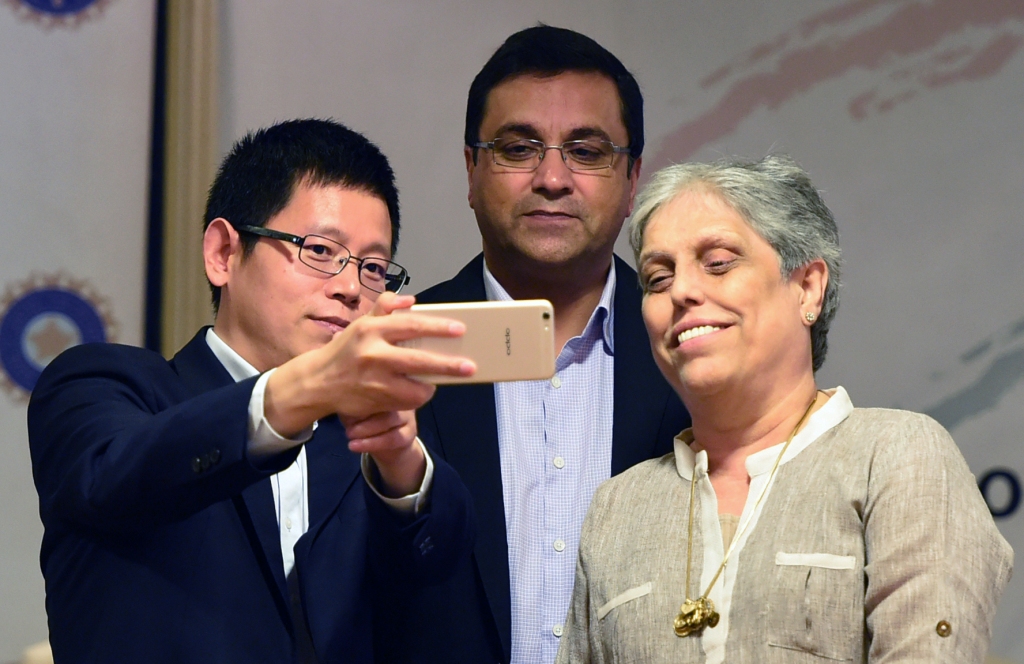 OPPO, the world’s leading camera phone brand is the proud new Official Team Sponsor of the Indian National Cricket Team, as declared by the Board of Control for Cricket in India (BCCI). The partnership with BCCI will start from 01st April 2017 and will run for a period of five years.

This is a new step of OPPO in the field of cricket after becoming the official Global Partners of the International Cricket Council for 4 years from 2016 onwards.

Speaking on the partnership, Mr. Rahul Johri, CEO, BCCI said “On behalf of the BCCI, I would like to congratulate OPPO Mobiles India Pvt. Ltd., on winning the rights and welcome them to the BCCI family. OPPO Mobiles and the BCCI share a common vision and I am confident that we will work together to further grow Indian cricket.”

The team sponsorship rights include the right to be called the official team sponsor, and to display a commercial logo on the National Men's, Women's, Under-19 and India A teams' kits.

Mr. Sky Li, Global VP & President of OPPO India said, “Cricket in India is not just a sport, but also a way of life and culture, especially amongst the youth. The Indian National Cricket Team is the essence of cricket in India and the team’s spirit of marching forward and pursuing newer heights is highly consistent with OPPO’s pursuit of products with unmatched photography experience.”

Sky added,“The Indian national team receives high reputation and influence among young people. By partnering with the team, OPPO will not only further enhance its connection with the young consumers, but also engage with the country’s youth in its endeavor of providing them with the outstanding selfie-led photography experience.”

OPPO leads the smartphone photography developments in the industry. It started the trend of selfie beautification, first launched the motorized rotating camera phone N3, screen flash and other photography feature. In 2015, in line with its deep insight of young people’s behavior, OPPO first launched selfie focused smartphones——Selfie Expert F series in India. And its first batch products F1, F1 Plus and F1s received warm welcome and the brand leads the selfie trend in the country. Now the brand’s share in the offline market reached 11.7 percent and is ranked No.2 in the market, as of Jan 2017, as reported by research firm GFK.

OPPO is a young and dynamic company and has already established itself as one of the world’s leading smartphone brand with a base of more than 100 million young customers using OPPO mobile phones globally and the brand has become the most welcomed camera phone brand across the young Indians.