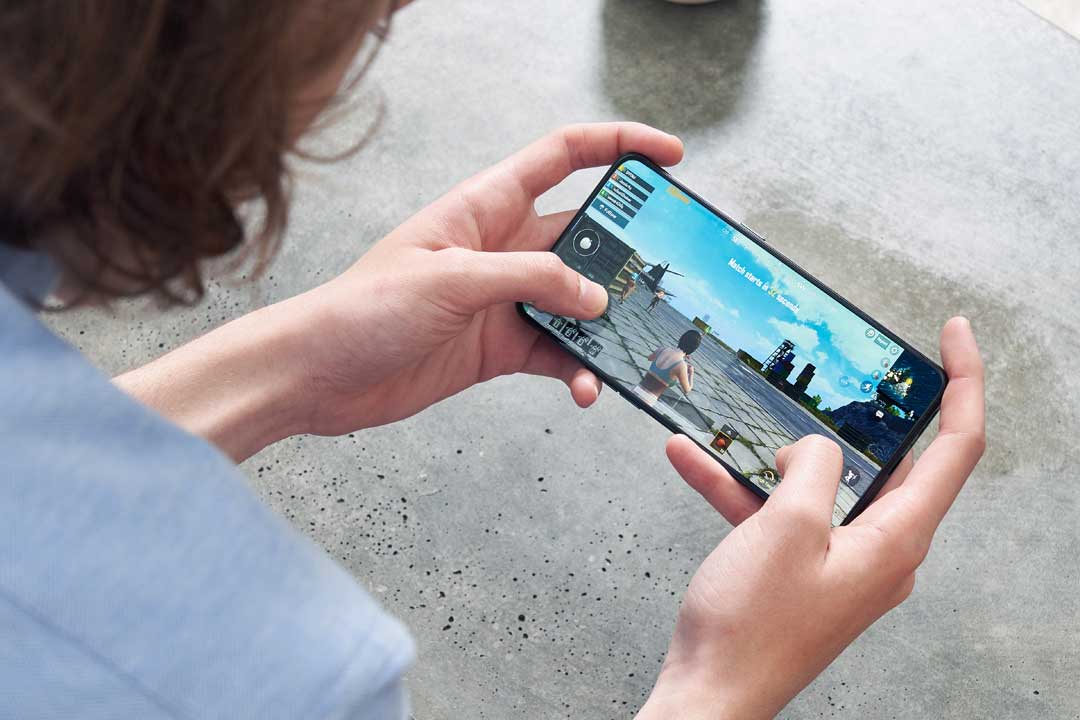 As the allure of 5G raises tech-savvy heads around the globe, OPPO remains diligent in the development of commercial 5G applications, with our compatible devices already highlighting the potential of the fifth generation of cellular network technology.

Offering vastly improved image and video resolution and rapid download speeds, the emerging technology has the potential to revolutionize the way we interact with our phones, and one market with virtually endless potential: gaming.

Last February, at the 2019 Mobile World Congress in Barcelona, OPPO demonstrated the ability of 5G to transform the mobile gaming experience. Working with the Ericsson and Qualcomm booths, we introduced attendants to a live demo of Soul Calibur VI, played through our new 5G handset.

The game was streamed through the cloud from a server 770 miles away in Amsterdam to our new 5G smartphone, which is powered by Qualcomm’s Snapdragon 855.

The result: reduced latency, incredible graphics and highly improved download speeds. Indeed, the experience is much like gaming at home on a PlayStation, Xbox, or Nintendo system. In fact, the aforementioned ‘big three’ of home console all have their sights on a 5G future, too, and when the industry titans collectively nod in the direction of 5G gaming, it’s undoubtedly a promising sign for the developing technology.

But what does 5G really mean for mobile gamers? As with any new, emerging tech, it is difficult to say with absolute certainty how it will disrupt or progress the industry; though there are aspects of gaming that experts agree 5G will improve, chief among them: lag (literally every gamer’s worst nightmare). Latency issues have been credited with scuttling numerous game-streaming platforms in the past – including California based OnLive, as gamers tend to prefer gaming experiences free from lag and glitches (and rightly so!). 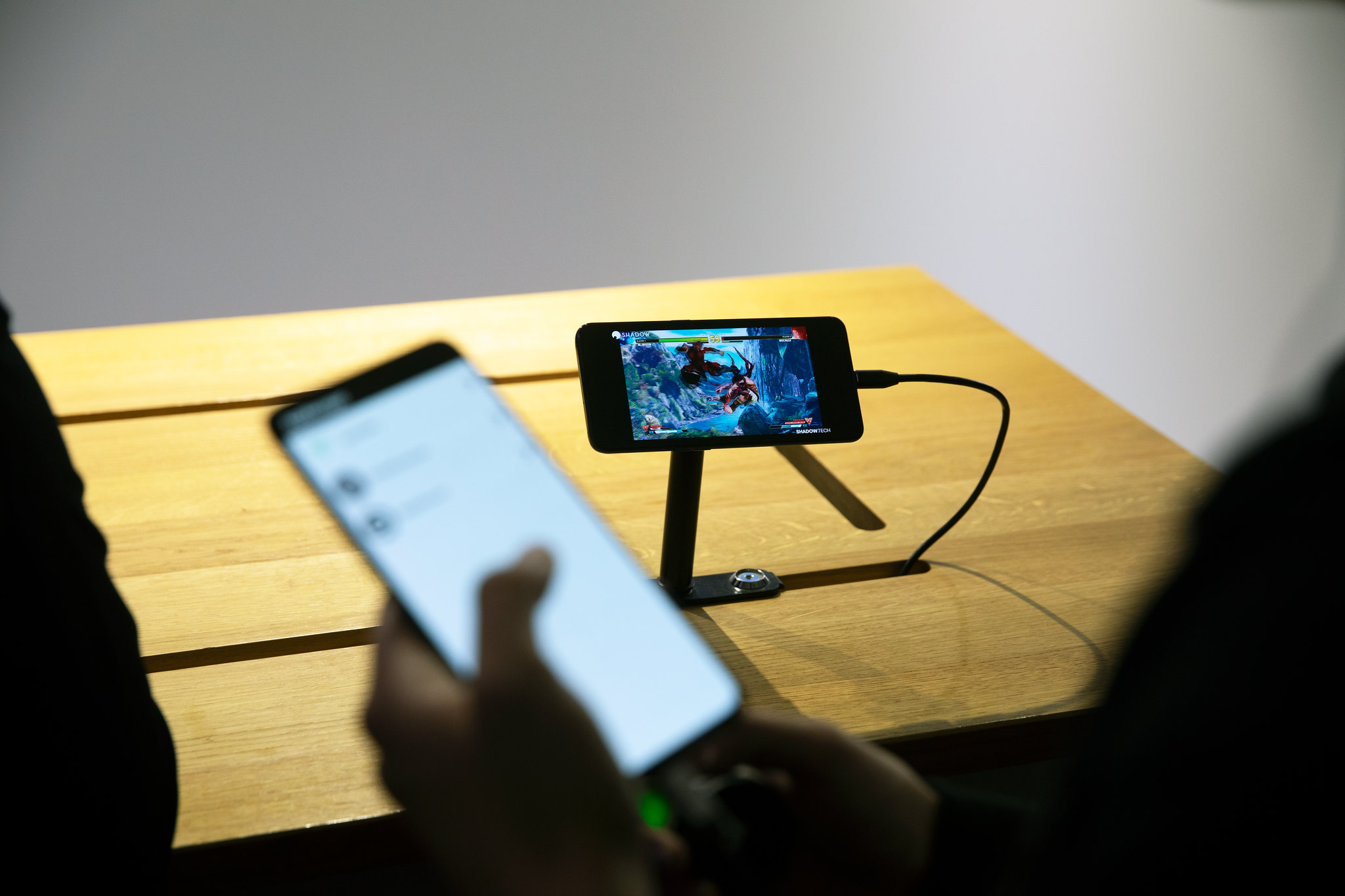 Lag is expected to be remedied by 5G, which is anticipated to decrease latency by a whopping 10 times: This means that the 10 milliseconds of lag experienced by a 4G mobile user during gameplay will be cut down to just a single millisecond, which is pretty incredible. The days of missing that game-ending shot in PlayerUnknown’s Battleground – or tight turn in your favorite racing game – will soon be a thing of the past.

But there’s more: 5G tech is likely to usher in a new age of AR gaming that will allow for massive, multiplayer experiences that seamlessly blend reality with the digital world – something that would have seen like science fiction only a decade ago.  Even phone-based VR experiences are set for a major jump in quality, with stream-able environments rendered in a fluid, life-like manner. With the advent of 5G upon us, it’s fair to speculate that AR and VR features, along with beautifully presented, glitch-free gaming, could be the driving force behind early and widespread adoption of the new networks. And of course, with both mobile networks and mobile gaming on the verge of leaping into the future, OPPO is right there too, riding the never-ending wave of innovation.

Last April, the official launch of the OPPO Reno, Reno 10x Zoom Edition and Reno 5G in Europe was held at a special event in Zurich, Switzerland. At the event, we showcased our collaborative work with Shadow and Nreal – two prominent brands in the gaming sector with unique technological innovations.

Through our partnership with Shadow, a company specializing in cloud gaming, OPPO users have access to a wide range of PC games directly on their device, via virtual connection to a high-end PC rig. In short: Shadow gives gamers the perks of owning a high-end computer without actually owning one.

In addition to allowing for PC-quality gameplay, game access through the cloud means that your handheld device doesn’t get bogged down by massive downloads. (Soul Calibur VI, for example, takes up around 20-30GB, while Final Fantasy XV has a whopping 150GB file size.)

Nreal takes a more futuristic approach to gaming. They’ve developed a set of lightweight, augmented reality glasses for those interested in blending gaming with the real world (think Pokémon Go). Given that immersive VR and AR experiences are more demanding than traditional gameplay, both prove particularly suited to 5G. The ground-breaking accessory is, of course, compatible with OPPO devices.

As 5G remains an emerging technology, developers have barely scratched the surface in terms of where the future of gaming is headed. But one thing is certain: Mobile is very much on the rise.

Research by Newzoo estimates that by the end of 2019, a whopping $68.5 billion in revenue will be generated by smartphone and tablet gaming alone. That’s a 45% share of the entire gaming market globally, of which 80% comes from smartphone gameplay. More telling, perhaps, are estimates that there will be 2.7 billion mobile gamers around the globe by 2021.

With market demand leaning towards mobile, the improvement and increased development of mobile games is bound to continue. But it will also be up to mobile network operators to keep up with the demand for 5G. 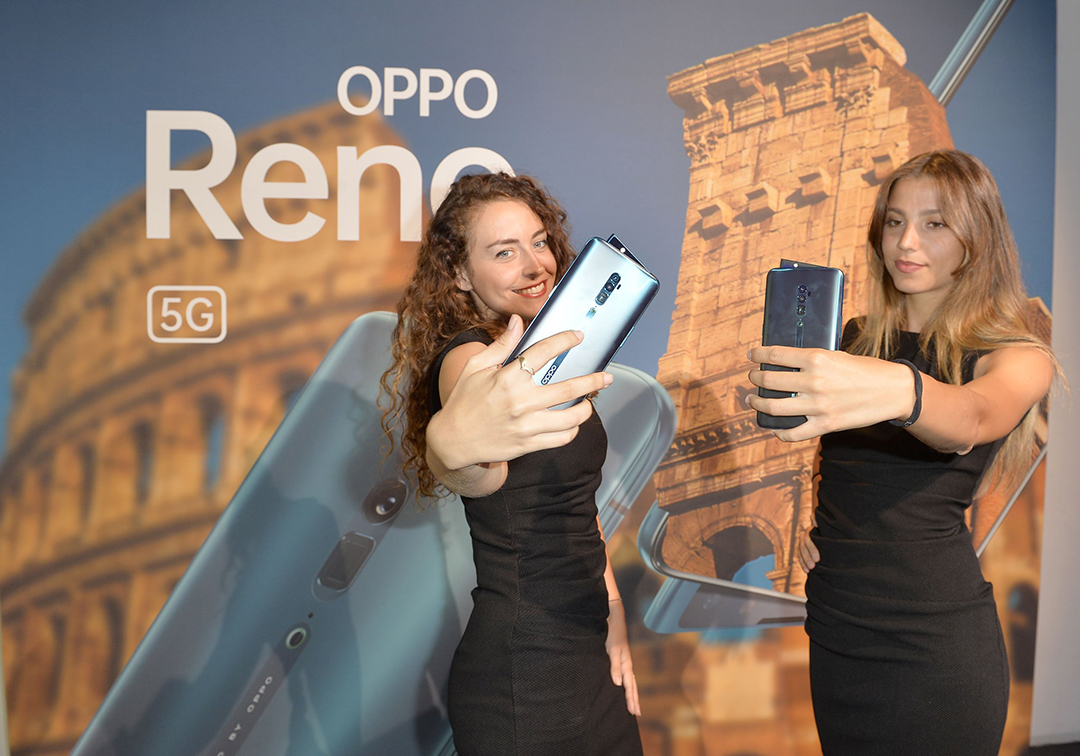 Through our work with PUBG mobile, OPPO continues to seek connections with the younger generation around the world. We believe in supporting creativity among youth and providing access to unparalleled entertainment options, and our optimized gaming products elevate the PUBG MOBILE experience – and gameplay more broadly – to a new echelon.

“As the gaming trend is continuously increasing amongst the youth, OPPO’s centre of attention is to meet the growing needs of the youth and provide them with gripping features that ensure a smooth gaming experience to enjoy games such as PUBG MOBILE,” said Charles Wong, the president of OPPO South Asia and CEO of OPPO India, regarding the tournament.

“The new OPPO F11 Pro’s powerful hardware provides consumers with an immersive experience with upgraded graphics, better sound and an overall smooth performance. This partnership is another exciting chance for us to formulate a community of gamers who can have the best gaming experience."

OPPO sponsored a previous tournament in India in January, with winning teams awarded a collective 10 million rupees. Many players also walked away with the newest OPPO smartphone.

Megafinals for the PUBG MOBILE India Tour will take place on October 20.