Over the past few months, OPPO has been working closely with both star athletes and creatives to give audiences new angles on the hottest cricket event of the year, ICC’s Cricket World Cup.

OPPO has been a partner of ICC since 2016, helping cover various tournaments over the last four years. That includes, of course, this year’s World Cup, for which OPPO tapped English star Jos Buttler to headline our “Shot Maker” campaign, pictured above in our Cricket World Cup and OPPO Reno UK Launch Event.

For maximum visual impact during the campaign, we looked to accomplished, London-based graphic designer Lucy Vigrass for inspiration.

Vigrass’ bold, colorful work was previously commissioned by the likes of the Victoria & Albert Museum, BBC, The New York Times, the UK’s NHS, The Economist, Wired, and the Somerset House. She also co-founded the Emmy Award-winning artists’ group Peepshow Collective.

For OPPO’s shot maker campaign, Vigrass brought her iconic style and extensive experience into play, creating a series of illustrations that bring cricket’s history and heritage to life. This was implemented in boundary LED displays and other visuals in and around the cricket grounds and in interactive online material.

With Vigrass’ work setting the tone for the campaign, we invited athletes and talented photographers to give it their best shot asking them how they are shot makers in their sport of choice.

British football freestyle champion Liv Cooke gave a literal response, with an optical illusion trick shot in a perfectly balanced short video as seen in this Instagram post. We were also proud to invite Liv to our UK launch event where she took over our Twitter account, live streaming and attending Jos Buttler's Shot Maker Masterclass with over 683,000 viewers watching online. 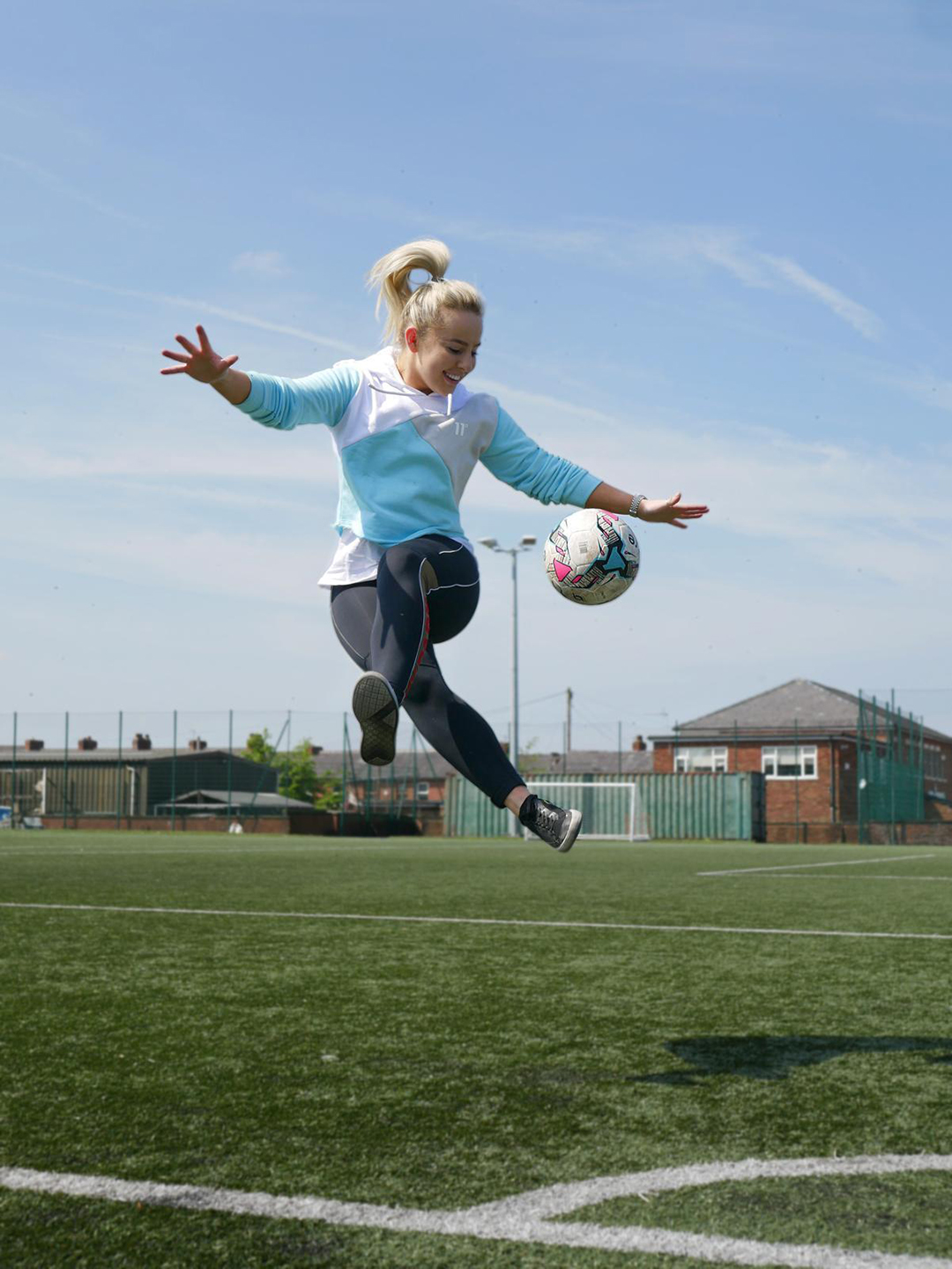 Other shared more personal interpretations of the campaign hashtag, #BeaShotMaker, from finding the courage to follow their dreams to overcoming impossible odds.

“After graduating from uni I knew I wanted to pursue a career in freerunning but I had no idea whether or not it would work out,” leading parkour athlete Katie McDonnell wrote on Instagram. 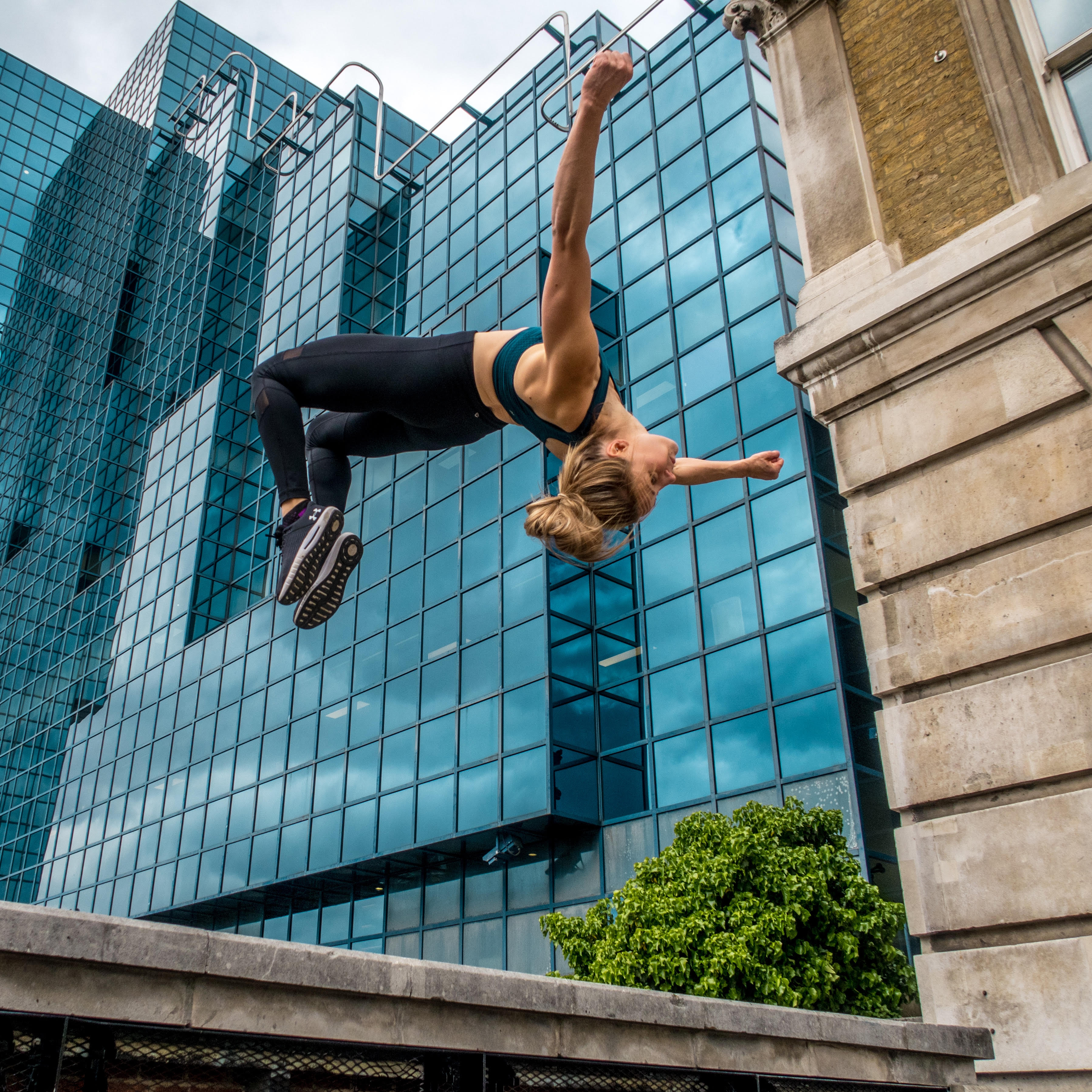 “It felt like a pretty scary decision at the time but I decided that I didn't want to look back one day and wonder ‘what if?’. So I decided to take a shot at it and I can honestly say it's been one of the best decisions I ever made.”

Indian dance reality show winner and choreographer Shraey Khanna chimed in on a similar note: “Make every second of your life count. Capture that one perfect second of that shot or dance move you do, so that it becomes a perfect moment of capturing what you love doing.” 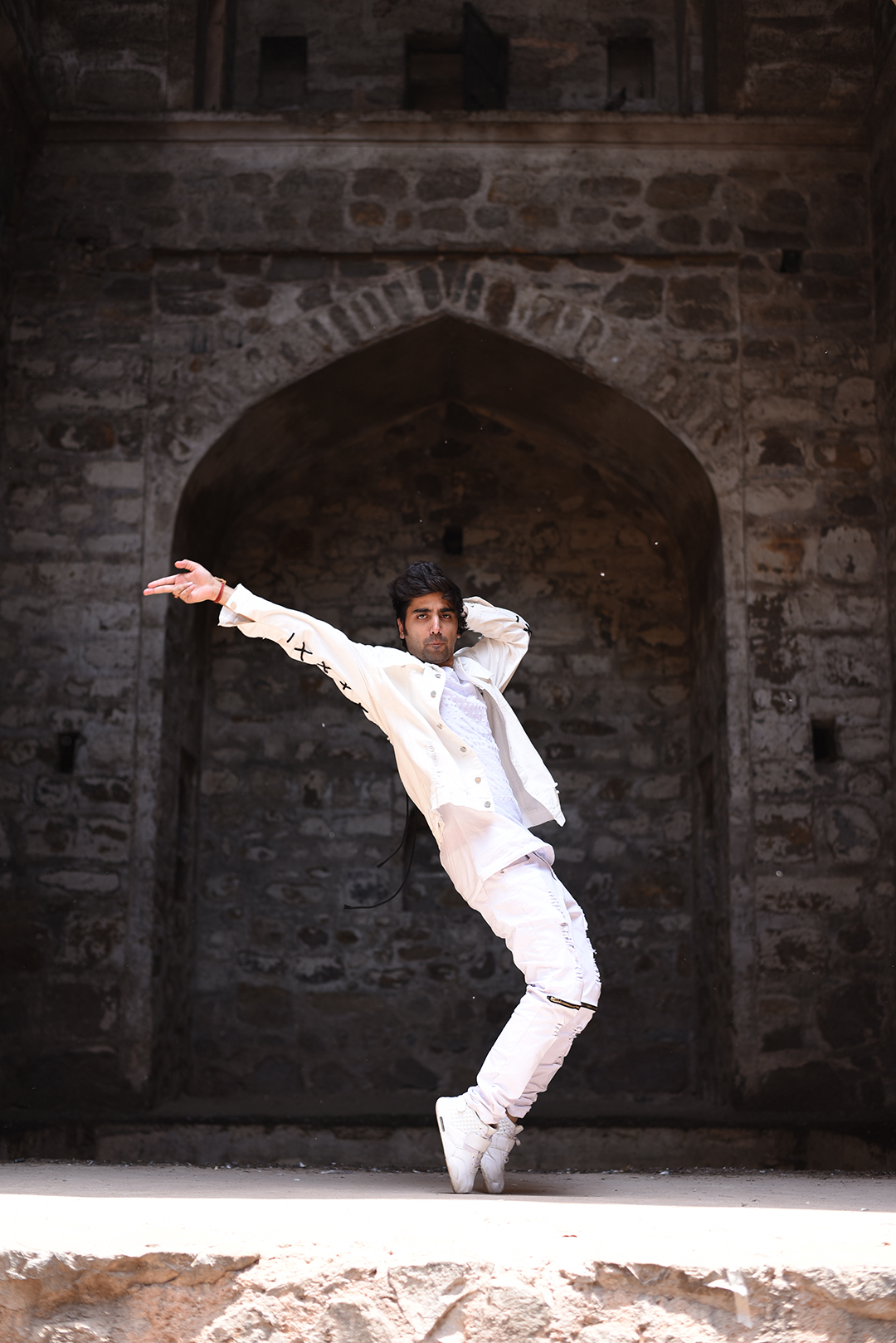 For some, pursuing their passions and calling the shots in their careers came with significant challenges.

Indian wrestler and Olympic medalist Sakshi Malik wrote, “Every day, someone always said, ‘Wrestling is not for Girls’ - every day, I decided they were wrong and every day, I trained as hard as I could and harder than the day before. Today, I am known for the sport they said I should not play.” 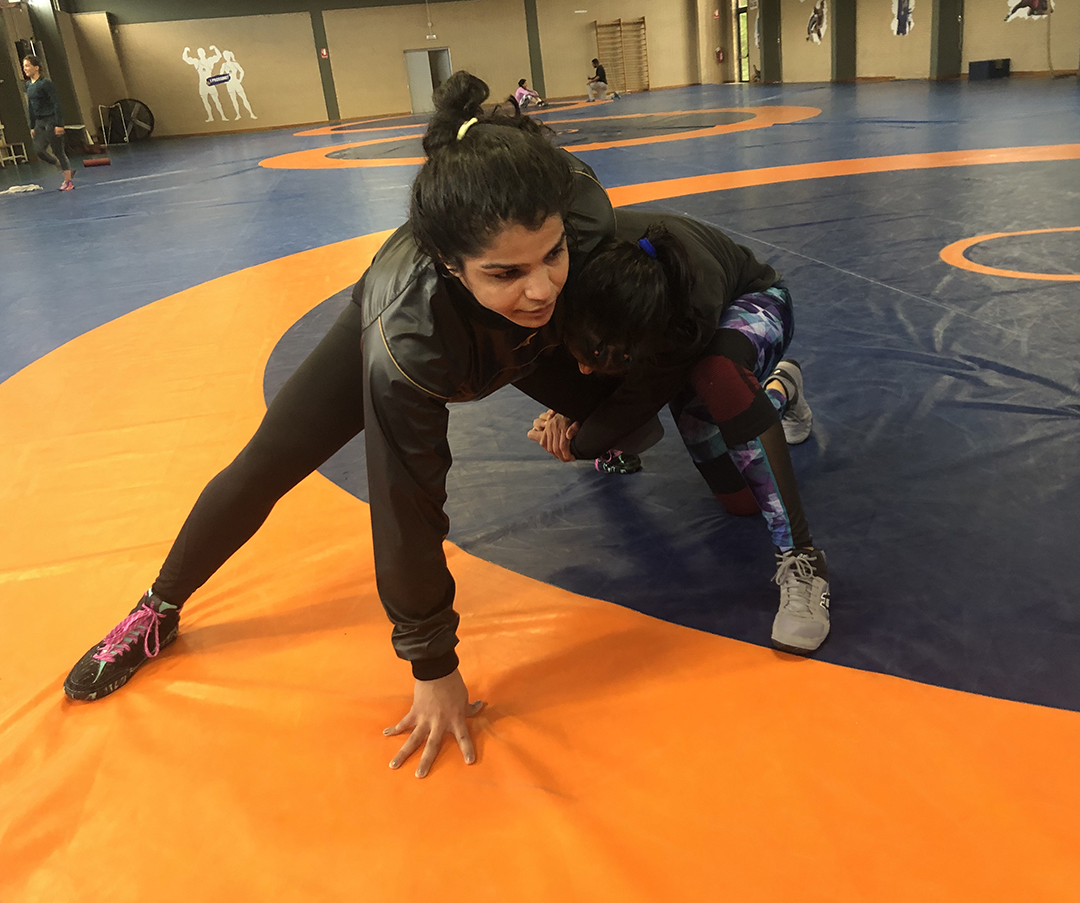 “When I was growing up a lot of people (most of whom were strangers) labelled me as 'different', 'disabled' and 'incapable'. All these words had such negative connotations, but I refused to let them hold me back… Deciding to take a shot at representing my country was the boldest and best decision I've ever made. Everything about being in the water, and racing for gold has made me who I am today.”

“Be bold, be brave, take that shot at whatever it is you are longing to achieve.” 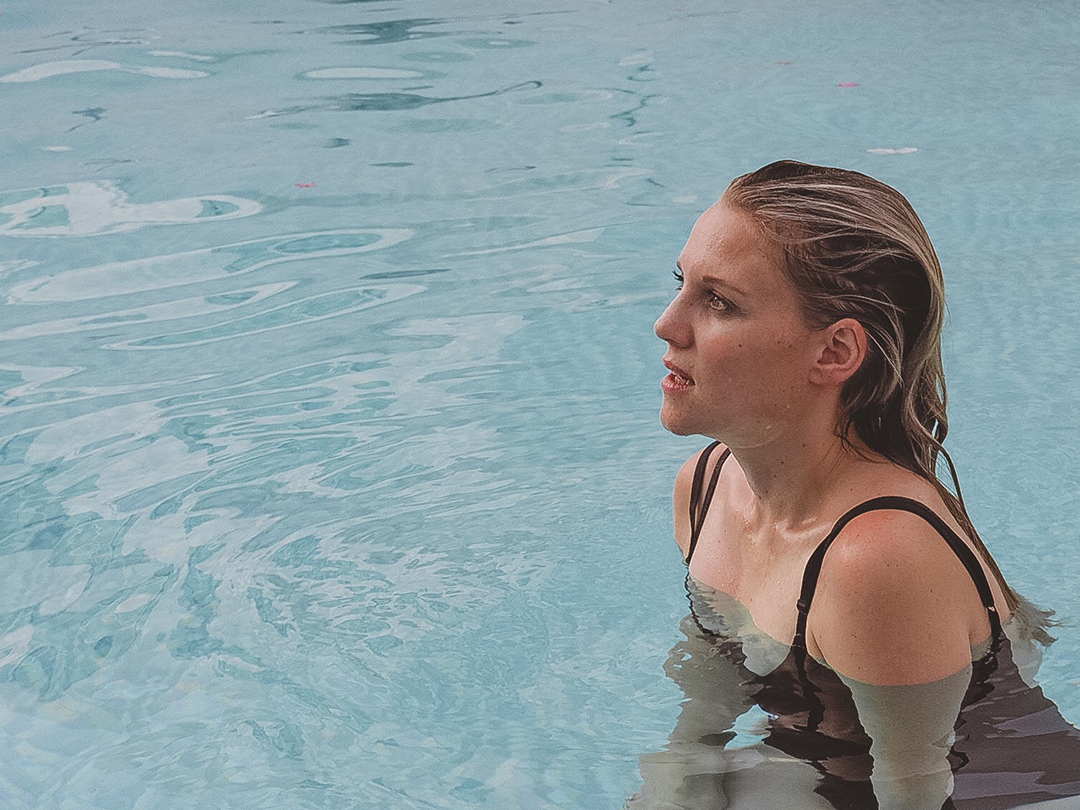 Besides stars from across the athletic world, in mid-May we also featured English cricket team vice captain Jos Buttler in a video to kick off the shot maker campaign. The launch coincided with the UK rollout of the Reno series, including the 10x zoom and 5G editions.

As a special guest at the event, Buttler had this to say on the campaign’s theme: “I have always tried to play cricket with freedom and creativity. A ‘Shot Maker’ mentality is about trying new things, daring to innovate and having fun… Hopefully we can encourage everyone to find their inner Shot Maker!” 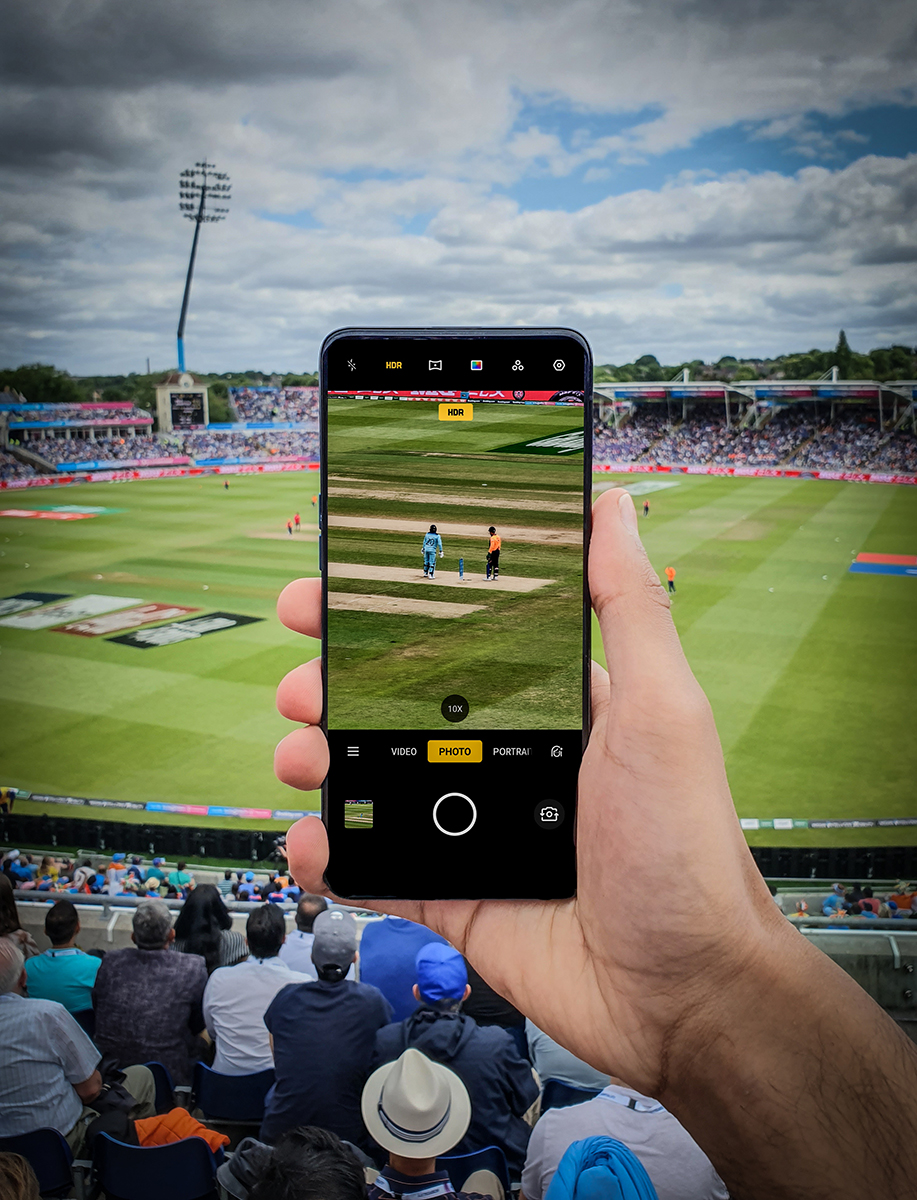 Picture: Tech Youtuber, Arun Maini aka MrWhoseTheBoss took the OPPO Reno 10x Zoom to the Cricket World Cup to review on his channel.

It wouldn’t be a proper ICC event without some stunning shots of the game, of course. Wielding OPPO 10x zoom devices, we asked photographers from Getty Images to capture some of the excitement on the field, both during games and behind the scenes. See some of their crisp, colorful images below, and follow hashtag #BeaShotMaker on Instagram and Twitter for more visually striking updates. 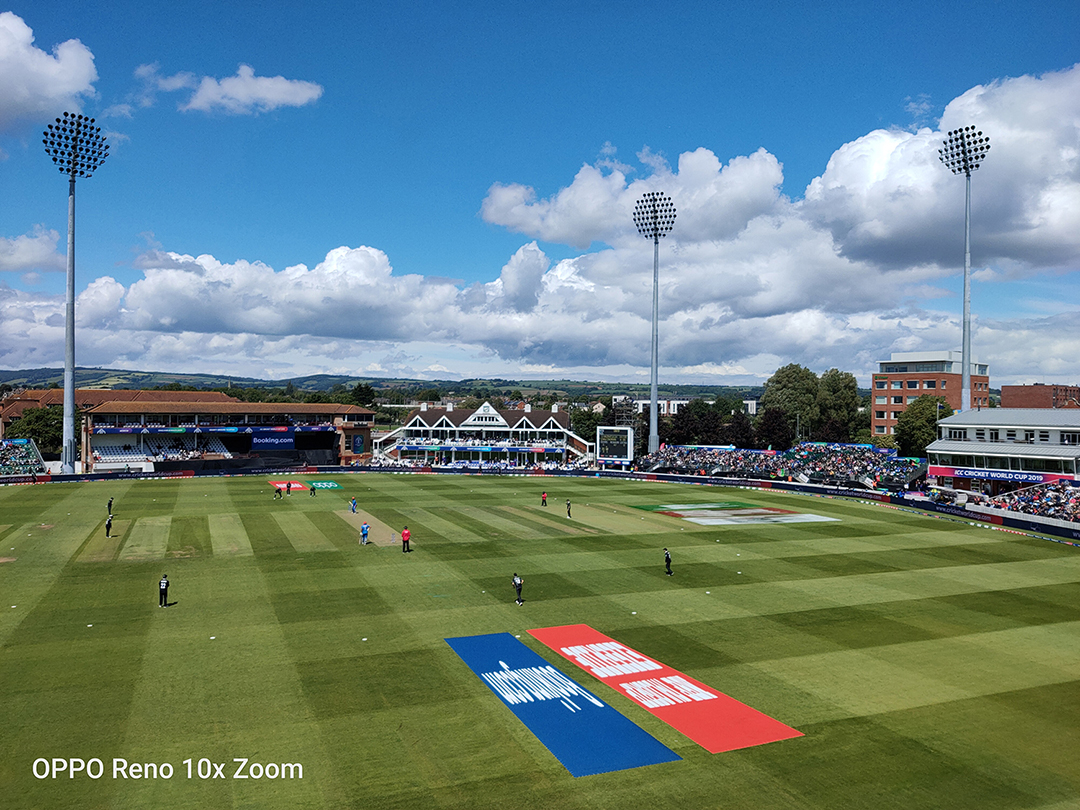 Keep submitting your Cricket World Cup photos using #BeAShotMaker and tagging @OPPO on your socials. For those attending, look out for the OPPO booth to check our the OPPO Reno Series. Best of luck to England and New Zealand in the final!