How to take a screenshot on OPPO Android Mobile

The different ways to screenshot with your OPPO phone are: Find out how to take a screenshot using all three methods below, so you can choose the option that's easiest for you.

If you've used an Android phone before, you'll probably already know how to take a screenshot on Android.

Most modern Android phones have a universal screenshot feature that uses the same soft keys across different makes and models. Whether you're using an OPPO F1, R9 or any other model, the process is the same.

To take a normal screenshot with your OPPO phone:

2.      Press and hold both the power button + volume down at the same time

3.      The screenshot will be captured and saved to your gallery

When you take a screenshot, an animation and sound will confirm that your image has been stored on your device. You'll also get a notification telling you where you can find, edit or share the image in your gallery. These notifications can be changed in your preferences. 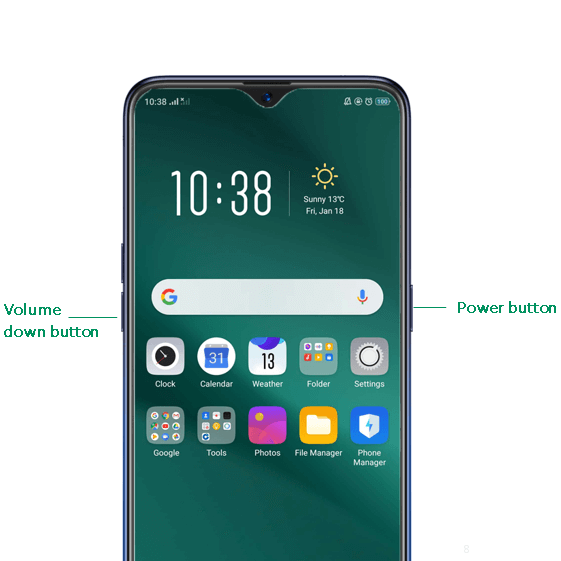 If you have a more recent OPPO smartphone like the OPPO F5, A73, R11 or R15, there's another easy way to take a screenshot using a special gesture. Simply:

3.      The screenshot will be captured and saved to your gallery

As well as using your phone's built-in screenshot functions, you can also download a screenshot app. These sometimes have extra features enabling you to crop captured images, capture a longer scrolling image, or to record what's on your screen as a video.

If you're using a third party app, check the app's instructions to find out how to take a screenshot on OPPO. 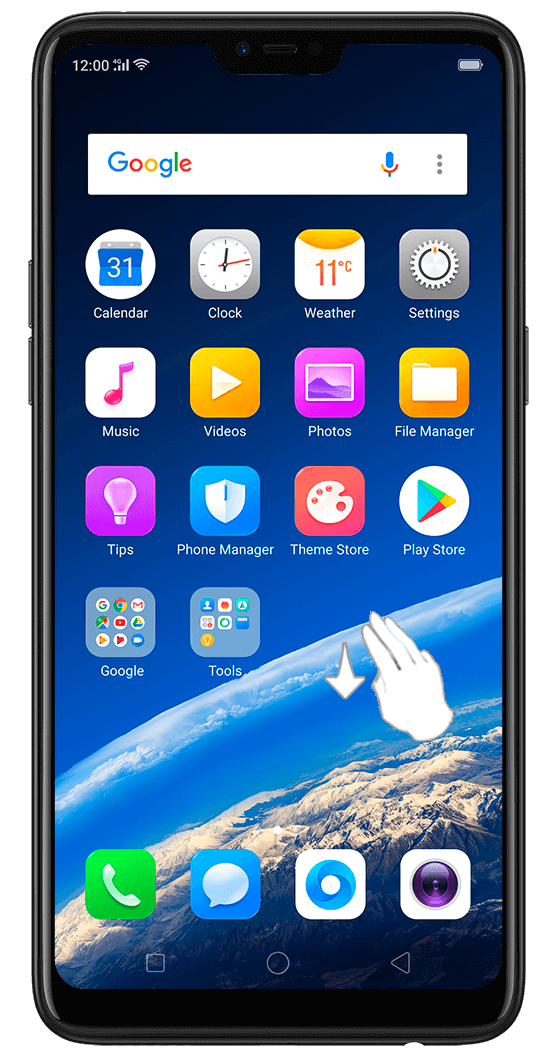 How to record the screen

Sometimes, you might want to take more than a still image. Newer smartphones including OPPO R11s, R15 and R15 Pro can also take screencasts, if you want to record a video of what's happening on your screen.

To record your screen, you'll need a screen recorder app. These can be found in the Google Play store. You can start and stop a recording using the app and edit the video if needed using your phone's video editor.

Where are my screenshots?

Why doesn't screenshot on Android work?

It can take some practice to get used to taking a screenshot on Android. If you're using the Android soft keys method, you need to:

1.      Press both buttons at exactly the same time

If you press either button too soon, you could turn off the display or cause the volume slider to appear in your screenshot. You'll hear a sound and receive a notification when a screenshot is successfully captured.

If you're having trouble using Android soft keys, try to swipe down with three fingers on your OPPO phone instead. You can also download a screenshot app.